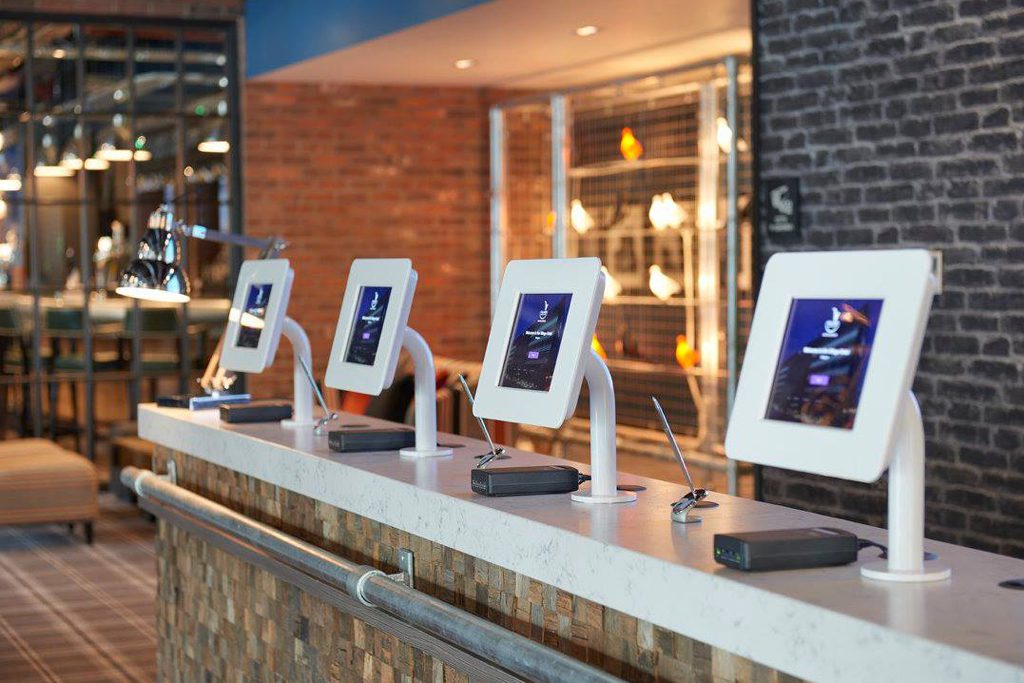 Skift Take
Shiji is a Beijing-based company that provides hotels and restaurants with operational software and hardware. It was already on an overseas acquisition spree before this new funding. Global leader Oracle Hospitality should be on guard.
— Sean O'Neill
Share
Tweet
Share
Post
Send

Will an Alibaba investment get Shiji closer to meeting its global ambitions?

Shiji, a Beijing-based maker of software for hotels, retailers, and food service providers, is much better at raising funding than it is at explaining to Western vendors and media its global strategy.

E-commerce giant Alibaba is investing $486 million in Shiji, a Beijing-based maker of software for hotels, retailers, and food service providers. The company is officially known as Beijing Shiji Information Technology.

Already a past investor, having taken a 15 percent stake in 2014 with a $457 million investment, Alibaba will now have a 13.07 percent stake percent stake, the largest of any external investor, in the 3,000-employee conglomerate.

Some industry professionals speculate Alibaba may want to leverage its investment to enhance its Taobao Travel agency. Since 2014, Shiji’s subsidiaries have aimed to encourage hotel chains to join the Alitrip platform.

But other analysts consider the investment is a financial play — an attempt to enjoy fast-growing and steadily recurring income in a software-as-a-service business.

Analysts following the company estimate Shiji generated about $560 million in revenue in 2017, up by about a third from the previous year.

Shiji’s revenue mainly comes from its roughly 50 subsidiaries in China. A case in point: If you’ve been to Disney’s Shanghai theme park, the hotels, retail stores, and food and beverage vendors you patronized were using software from Shiji to process your orders.

The most relevant Western counterpart to Shiji is Oracle Hospitality, formerly Micros, which has the largest share of software tools for hotel owners outside of China.

Within China, Shiji has the largest share of the market for property management software, which helps hotels run their operations, and central reservation system tools, which enable hotels to distribute their rates.

Shiji has about two-thirds of the Chinese market for such tools, it has said.

InterContinental Hotels Group, Kempinski, and Shangri-La hotels in China use its software tools, to give a few example. So do Starbucks and Swarovski as retailers.

Within China, the big online travel players Ctrip and Qunar provide competition with their own self-developed or acquired solutions for the hotel supply base.

Since 2016, Shiji has been refocusing from being a software vendor to a “big data” application service platform operator.

Looking beyond China, Shiji has lately been expanding into Western Europe and North America, particularly on the hotel technology front.

In 2015, it hired long-time Micros executive Kevin King to be its chief operating officer. The company then poached a bunch of Oracle/Micros staffers.

He has also led a wave of small acquisitions and investments overseas.

A year ago, the company took a majority stake in Reviewpro, a reputation management and hospitality analytics firm, for about $28 million.

Since then, Shiji said it has given capital support to Reviewpro, leading to a near 50 percent jump in year-on-year revenue thanks partly to the signing up of new clients, such as Rezidor and Hard Rock.

Shiji invested in Snapshot, which offers a data interface graphical dashboard of a hotelier’s various digital channels for general managers and revenue managers to use to keep track of high-level trends, among other tools.

In 2016, Shiji bought Hetras, a Munich-based hotel tech company that had built a cloud-based management application for hotels and hotel chains of various sizes. Terms of the deal were not disclosed. But Hetras had raised more than $24 million from investors.

Shiji also invested in StayNTouch, a property management system provider that touts innovations in offering front desk staff the opportunity to check in guests via mobile devices at properties like MGM’s Aria in Las Vegas.

In January, it signed a deal with DHISCO, which stands for the Distribution Hospitality Intelligent Systems Co. and is the largest North American company for helping more than 520,000 hotels distribute their inventory and process transactions across various digital platforms worldwide.

The deal was with Shiji’s subsidiary, ChinaOnline, which is the largest channel management and connectivity technology provider for hotels and distribution channels in China, serving more than 70 chains. See Skift’s earlier profile of DHISCO, here.

Yet despite all of the acquisitions, the company has not marketed a coherent business pitch to Western hoteliers.

In the past couple of years, at conferences and events like ITB Berlin, Travel Technology Europe, and HITEC, Shiji’s branding and messaging have only present in the small booths of a couple of their subsidiaries.

When Goldman Sachs analysts researched Shiji a few years ago, they said it was dominant in providing IT systems to high-end hotels in China, and had a greater than 30 percent market share. That share has likely grown.

A key growth area then and now is helping hotels and restaurant integrate their payment systems with Shiji’s back-end IT infrastructure through Shiji’s own or through third-party payment hardware and software.

Another gap is its ability to copy the Oracle Hospitality playbook and attempt to cross-sell more of its services to hotel food-and-beverage divisions. Shiji’s services to restaurants, primarily in payments tech, accounts for only about 10 percent of its annual revenues today, according to analysts who follow the company.

Forbes estimated prior to Thursday’s investment news that Shiji’s Chairman Li Zhongchu is personally worth more than $2 billion.

“I hope that Shiji will be an internationally well-known company in the coming 10 years,” Zhongchu said in a statement in 2016.

Shoji’s may have to accelerate its efforts in the West will pick up the pace to match the ambition.