Spirit Airlines Is Doing Just Fine With Its Contrarian Approach 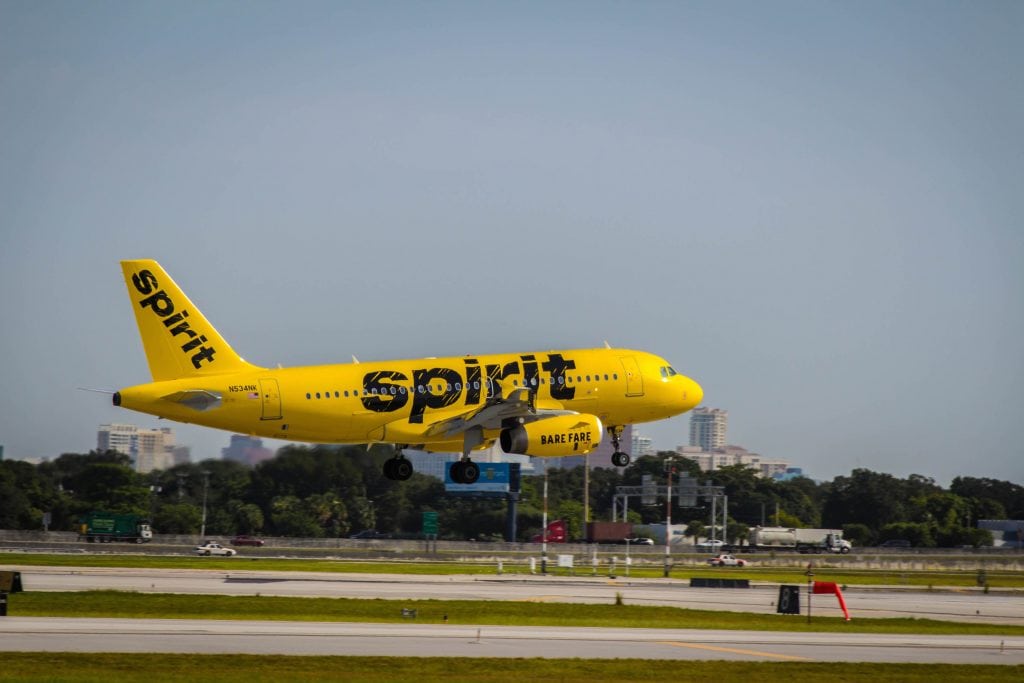 Skift Take
If you’re an investor, it’s not clear Spirit’s model is the right one. But if you’re a passenger, you should love the airline, even if you never fly it. Spirit is responsible for many of the U.S. fare wars we’ve seen in recent years.
— Brian Sumers
Share
Tweet
Share
Post
Send

As investors fret that at least two major U.S. carriers plan to add considerable capacity in smaller cities, airline executives tell them not to worry because they have a secret weapon — their massive hub-and-spoke systems.

On their own, new flights like Charlotte to South Bend, Indiana from American Airlines or Chicago to Wilmington, North Carolina on United Airlines may not make sense. But United and American can shuttle small-city passengers through their hubs to hundreds of cities across the United States and the world.

“Charlotte and Dallas are the second-and third-biggest hubs on the earth, and when we fly markets from both of those two hubs, we create a significant amount of connections,” Vasu Raja, American’s vice president for planning, told Skift last week. “The revenue generating power of that is amazing.”

Similarly, United President Scott Kirby told investors last month, “a hub and spoke airline is really a manufacturing company and it is about manufacturing connections.”

Ultra low-cost carriers like Spirit Airlines and Frontier Airlines don’t operate that way. They sell some connections, but they mostly transport cost-conscious travelers from point-to-point, often between the largest cities, or from bigger markets to popular vacation destinations in the United States and in Latin America.

On United’s earnings calls, Kirby often criticizes ultra-low-cost carriers, obliquely or directly, because they don’t have revenue-generating hubs like legacy carriers. But on Spirit’s first quarter earnings call Tuesday, executives from the discount airline told investors their point-to-point model remains strong. That’s true even though Spirit’s biggest market, Fort Lauderdale, has only about 65 daily departures, roughly 10 percent as many as American has in Charlotte.

Rather than concentrate on hubs, or even focus cities, Spirit prefers to fly where frugal customers want to go, CEO Bob Fornaro said. In March, Spirit will have 10 cities with more than 20 departures, including both Dallas/Fort Worth and Baltimore with roughly 25. The airline’s approach, Fornaro said, is “to take advantage of what’s available.”

Spirit’s executives repeatedly spoke about how Spirit has an advantage because it has a more “diverse portfolio” of markets than its larger competitors, which focus on core hubs. Even United, which spooked investors last month when it said it may grow 4-6 percent in 2018, 2019 and 2020, and will add the bulk of its extra flights in only three markets — Chicago, Houston and Denver.

“We have our core cities and in any given quarter or any given season one maybe could see heavy competition,” Fornaro said. “The good news about building a diverse portfolio of cities is there’s always a few pockets that are doing quite well. And so we can adjust our focus depending on what the competitive situation is.”

In the future, Fornaro said Spirit will continue to diversify where it flies, adding more international routes to Mexico and the Caribbean, as well as more flights in existing markets. It plans to grow capacity 23 percent in 2018, year-over-year, but expects to curb its growth in future years.

Still, Spirit will never be huge anywhere, in part because major airlines control most of the gates at larger airports.

“You have to look at your opportunities in a much different way,” Fornaro said. “If we wanted to run a 100 flights in some major city you’d need 10 or 12 gates. That’s hard to do. So you have to grow your route portfolio in many different ways.”

Response to United and American

As for American and United’s recent decision to add more routes from smaller U.S. cities, Spirit executives said in the long run this could help them.

As United courts customers in places like Rochester, Minnesota, it will sell those passengers connections across the United States. With a stop in Chicago, they might fly onward to Denver, Los Angeles, Las Vegas, or Phoenix. And since they could pay higher fares than a nonstop customer flying from Chicago to Los Angeles, United may prioritize higher-yielding connecting passengers over nonstop customers paying cheaper prices.

Indirectly, Spirit could benefit. If United holds enough seats from Chicago for connecting passengers from smaller cities, it will have fewer seats for nonstop customers. Eventually that could help Spirit raise fares on its own flights from Chicago to Denver, Los Angeles, Las Vegas, and Phoenix.

“It’s almost like a virtual capacity adjustment in a way,” Spirit Chief Commericial Officer Matt Klein said. Still, he added that it’s a little early to know how the competitive dynamics will evolve. “We’re we’re monitoring the marketplace,” he said.

Excluding special items and a one-time tax credit, Spirit reported net income of $50.4 million in the fourth quarter, with an operating margin of 13.4 percent.

One strength is non-ticket sales, or profits generating from ancillary sales. For a couple of years, Spirit had been earning less money, year-over-year, in passenger ancillary revenue.  But in the fourth quarter, non-ticket revenue increased 3.8 percent to $53.91. Executives credited a better pricing and merchandising strategy.