American Airlines Attracted Most Racial-Bias Complaints of Any U.S. Carrier 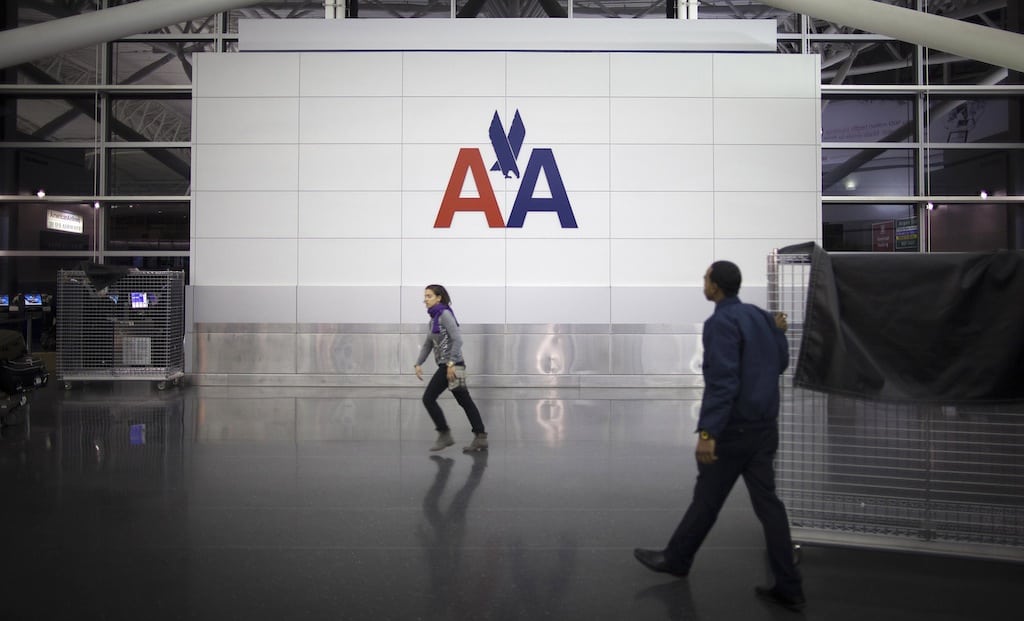 Skift Take
Is American Airlines really that much worse in race relations than some of its peers? We just don’t have that answer. But give credit to the NAACP, which hasn’t been one of the most-activist-oriented organizations in recent years, for bringing the issue front and center.
— Dennis Schaal
Share
Tweet
Share
Post
Send

American Airlines passengers have filed 29 complaints of racial discrimination in the last 20 months, the most of any airline flying in the U.S., according to data compiled by the U.S. Department of Transportation.

While air travelers are often unhappy, American’s treatment of African-American passengers has recently come under particular scrutiny. The National Association for the Advancement of Colored People on Tuesday issued a “travel advisory” for the airline, citing four incidents that, it says, “suggest a corporate culture of racial insensitivity and possible racial bias.” Some Twitter users have also been critical of experiences with American, using the hashtags #Happened2MeOnAA and #FlyingWhileBlack.

One of the oldest civil rights organizations in the U.S., the NAACP called for a meeting with the airline to discuss its concerns. Since issuing its travel advisory, the organization has been receiving additional examples from both customers and American employees, said Aba Blankson, the group’s vice president of communication.

American Airlines Group Inc. said it would invite representatives of the organization to company headquarters in Fort Worth, Texas. The company noted it serves 500,000 customers daily on five continents.

“We do not and will not tolerate discrimination of any kind,” American Chief Executive Officer Doug Parker said in a memo to workers Wednesday. Parker is one of hundreds of CEOs who have signed a pledge agreeing to encourage business to do more to support diversity.

Tamika Mallory, one of the organizers of the Women’s March, has become a high-profile critic of the airline. She was kicked off an American Airlines flight — unfairly, she says — after a seating dispute last week. On Twitter, she wrote that it wasn’t a one-time incident and said she was “asking for policy changes for ALL of us.”

Other Twitter users described not being let onto purchased flights by gate agents and being punched in the chest by a flight attendant. One user, who said he is a young black Muslim man, said an attendant reported him to authorities because he had a hood on.

The airline has “also heard the voices of customers responding to Ms. Mallory’s social media posts, sharing experiences with us inconsistent with our commitment to treating all customers with equality and respect. That is why we have extended an invite to Ms. Mallory to meet with key members of our team at our headquarters,” Shannon Gilson, a spokeswoman, said in an emailed statement.

Among American’s largest rivals, United Continental Holdings Inc. had the next-highest number of complaints at 17. There were 9 complaints each at Delta Air Lines Inc., the second-largest airline, and Southwest Airlines Co., which flies the largest number of domestic passengers, according to the data.

The NAACP cautioned African-American travelers that “booking and boarding flights on American Airlines could subject them to disrespectful, discriminatory or unsafe conditions.” The organization in August also issued a travel advisory for the state of Missouri, the group’s first for a state, citing a “series of questionable, race-based incidents.”

There is a history of black travelers sharing information about safe travel. First published in 1936, “The Negro Motorist Green Book” listed businesses that were friendly to and would serve black customers when they were traveling through the Southern U.S. and other parts of the country. It was last printed in the mid-1960s and remained popular through the Civil Rights Era.

–With assistance from Justin Bachman

This article was written by Jordyn Holman, Jeff Green and Mary Schlangenstein from Bloomberg and was legally licensed through the NewsCred publisher network. Please direct all licensing questions to legal@newscred.com.