Business of Pajamas, Pillows and Bragging Rights on Airplanes Skift Take
What we learned from this story: Jessica Alba is one reason airlines improved pajama quality, and passengers steal pillows and blankets from airplanes. Plus, not everyone is sure why airlines give premium passengers amenity kits on every long-haul flight.
— Brian Sumers
Share
Tweet
Share
Post
Send 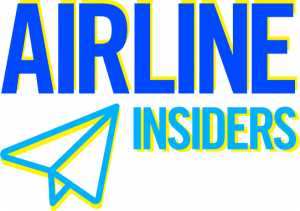 decision-makers for airlines. Unlike our ongoing airline CEO series, Future of the Passenger Experience, we will not question the highest-ranking executives here. Instead, we will speak with insiders who guide decisions on airline operations, networks, marketing and the passenger experience.

Today, in the first installment of the series, we speak to one of the world’s foremost experts on airline pajamas and amenity kits.

If you like wearing airline-branded pajamas in first and business class on major international airlines, you might want to thank film actor Jessica Alba.

Flying British Airways first class in 2012, Alba and her friend, Kelly Sawyer, tweeted a picture of themselves grinning and wearing matching blue pajamas handed out by the airline. The next day, the Daily Mail posted the picture in a story.

This was a seminal moment in airplane pajamas, said Harry Zalk, director of airline and beauty at Matrix, a London firm that matches luxury brands seeking partnerships with airlines. Once, he said, some airlines viewed pajamas as a perk they needed for premium customers, but one for which they could buy the cheapest product.

But the Alba tweet — and the thousands of similar Instagram, Snapchat and Facebook mentions that would come later from celebrities and regular people — changed the calculation. More luxury brands became interested in working with carriers, and many airlines no longer wanted the cheapest price. Instead, they wanted something passengers would brag about.

We spoke recently with Zalk at a conference in London, and learned his firm works with high-end brands, and helps them make a proposition to an airline. Matrix recently helped The White Co., a major UK retailer, secure a deal with British Airways to provide bedding and amenity kits for all long-haul business class cabins by next year. Matrix has also curated onboard products for Emirates and Singapore Airlines.

Harry Zalk: We call ourselves a design and sourcing agency, with a very strong business category within the airline industry. That would be supplying global top 20 airlines with amenity kits, bedding and soft products, and sleep-suit products.

Skift: That’s what we call pajamas?

Zalk: Actually we call it a pajama, too. Weirdly, the airline industry calls them sleep suits. Skift: How many airlines do you work with?

Zalk: We work with around eight airlines currently in Asia, the Middle East, Europe, and Australia. We are in conversations with the three big American airlines.

Skift: What’s the onboard amenity kit and pajamas market worth globally?

Zalk: I would guess that soft products and amenities and pajamas, as we are going to call them, must be worth somewhere in the region of half a billion dollars.

Skift: What does an average airline spend on each business class amenity kit?

Zalk: It’s difficult to say because there are big continental differences. I would say that what you would consider more of a five-star airline might spend anywhere from $5 to $8 or $9. A larger carrier with a different model, such as American or European airlines, might reduce that business class spend to $3 to $5.

Skift: A lot of airlines partner with popular brands for kits. Why does a brand want in?

Zalk: From a brand’s perspective, this is what we would consider the holy grail of reciprocal marketing. You have this fantastic opportunity where an airline is looking to leverage its marketing platform, which is ultimately business and first class passengers, in exchange for elevating the brand proposition. There are more brands that would want to do it than there are airlines in the world. Airlines do not struggle to find partners. Which airlines are the strongest? Obviously you go down the Skytrax ratings, and you’re going to find the guys who are higher up there are more desirable — Emirates, Qatar, these guys.

The American airlines are pretty popular. The challenge with the American airlines is their budgets are smaller. What you can create from a branded point of view is sometimes not of the same value. But I think you’ll find that any good long-haul carrier has a pretty desirable partnership opportunity.

Skift: Almost a year and a half ago, United struck a deal with Saks Fifth Avenue for the retailer to provide the airline’s Polaris class bedding. Then in April 2017, security officers in Chicago removed a customer from a flight and beat him. Are viral events like this dissuading brands?

Zalk: It’s a moment in time. We assume that in a year’s time this is going to wash out and to a certain degree the press will leave airlines alone again. Will it have a negative impact on an airline’s ability to form brand partnerships? Who is to know? My guess is that it might, a little bit. But people have relatively short memories. As long as it is out of the press and the [airline] can demonstrate that it has overcome these issues, I think those partnerships are still very attractive.

Skift: Is the stuff in an amenity kit the same as in stores?

Zalk: It’s [almost always] the exact same product. There might be an odd situation where they have to change an ingredient because of a local regulation, for example. Not every ingredient is approved for every market. But generally speaking it’s retail product.

Skift: But that isn’t the case for hotels, right?

Zalk: It’s not a secret within the industry. There are certain beauty brands who are able to put retail formulations into the hotel environment, but it’s a very rare thing. Normally a beauty brand that does a hotel amenity range doesn’t have the products you need in a hotel within their range. Maybe they’re a fashion brand. They don’t do shampoo. They don’t do conditioner. They are ultimately creating marketing products to go into that hotel environment. I would say 90 percent of airline products are retail formulations. It’s a particularly important customer category that the beauty brand is looking to target and therefore having an authentic experience of the brand is important.

Skift: What about the amenity kit pouches? American Airlines says its bags are Cole Haan. Are they?

Zalk: Where we need to be more realistic is the bag. A luxury Italian fashion house is going to going to put out a $600, $700 or $800 real leather bag, and the bag that you are going to receive is being bought for a minute fraction of that. It’s not going to be genuine leather. It’s probably more comparable to what we call gift-with-purchase. If you buy a luxury fragrance in duty free and you spend $100, maybe you get a little Prada cosmetics pouch.

Skift: What’s the point of these kits? I have everything I need in my bathroom. I can just bring it on my trip.

Zalk: That’s a huge question. It is a question that we as a business have been asking for a number of years. The issue is that the passenger expects them — they have received one now for 25 years — and taking something away from the experience without replacing it can become a challenge.

The good kits are still considered very much an essential item. I have traveled Emirates business a few times. You could genuinely go on a three-day trip to Dubai on business and not take your own cosmetics bag. They have a razor. They have shaving foam, moisturizer, deodorant, mouthwash, toothbrush and toothpaste.

I think some of the higher volume, lower spend kits are really a little thank you gift. My question to the industry would be, does every passenger need one every time?

Skift: What does an airline spend on a sleep suit?

Zalk: Because the sleep suit is a big item, and because commonly the entire product — or at least a good percentage — is a natural fiber, in cotton, they often spend more on that per customer than on an amenity kit. Some airlines will spend as little as $4 or $5, and other airlines will spend $10. It depends on the quality.

We’ve done a lot of research with top-tier customers to identify what they feel is a very important part of their journey. The pajama comes very high on their list. Obviously it’s a very privileged class of passengers that gets pajamas. But it’s integral to the sleep experience. You can spend all the money in the world on your blanket and your duvet, and your pillow. But the thing that cocoons you the most in your little sleep world on this aircraft where you’re trying to get eight hours sleep in an impossible environment — the thing that touches you the most — is your sleep suit.

Skift: What about pillows and blankets? They’re important too, right?

Zalk: We have just launched a large project with the British Airways and the White Co. The White Co. is famous for their sleep experience. British Airways is trying to deliver the best sleep in the sky. They are putting on a retail pillow. This is not a made-for-airline pillow. If you travel in British Airways business class, you get a genuine retail pillow on your flight. You then get a really good quality duvet and a fantastic quality sheet. It becomes a genuine sleep experience. This is a trend we have seen with United Polaris and a few other airlines.

Skift: After United improved its bedding, people started stealing it. The airline even asked flight attendants to make an announcement asking passengers to leave the stuff on board. Is pilferage a problem?

Zalk: Yea, absolutely. For a supplier, that’s not the worst thing in the world because the more that gets stolen, the more you have to make. We, with British Airways, know that more of this stuff is going to walk off the plane than it did before. But this is all about customer experience. It’s all about improving their brand positioning within a very competitive industry. When you do make such large improvements to physical products, inevitably some of them are going to walk off the plane. But they’re walking off the plane even when they’re bad.