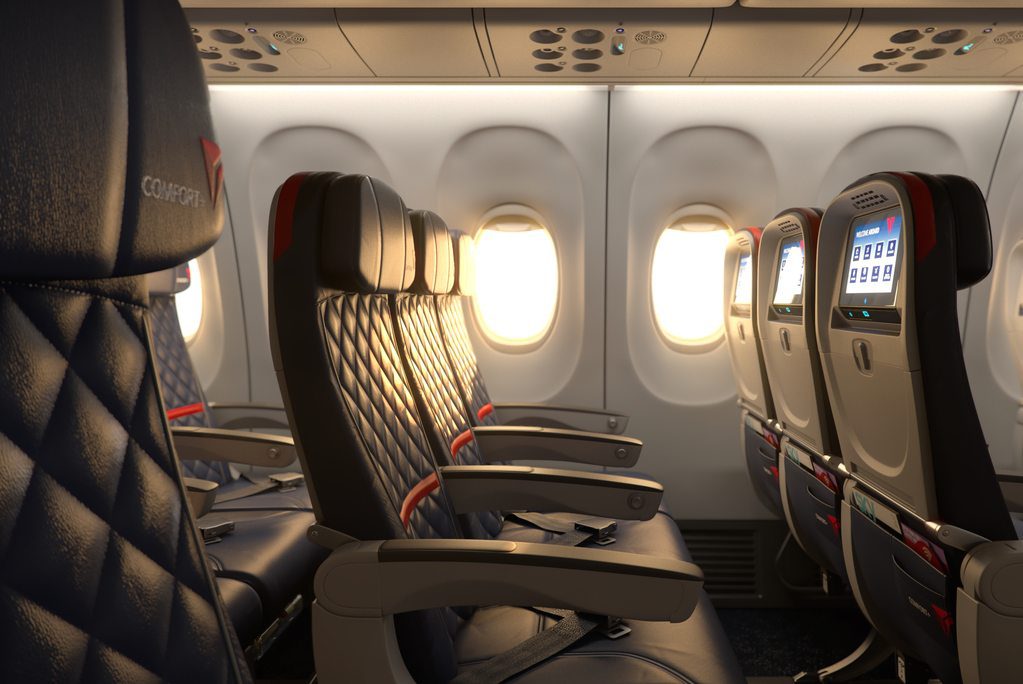 Delta has a message for passengers who don't like Basic Economy fares: Trade up and buy a better product.

Delta Air Lines has news for its most frugal customers. It doesn’t want them to buy Basic Economy fares.

Sure, the airline sells the no-frills fares throughout the United States — it finished its nationwide roll out recently, ahead of American Airlines and United Airlines— but Delta executives say they’d prefer customers buy traditional bundled fares, allowing them to choose seats in advance, change their flights for a fee, and board in earlier groups.

That’s a major reason Delta gives passengers a written warning of what they’re missing before it sells customers a cheap fare.

“People don’t really want the [Basic Economy] product when they see exactly what it is,” Glen Hauenstein, Delta’s president, said Wednesday on the airline’s third quarter earnings call. “A lot of people don’t want to do that.

More than most other airlines, Delta seeks to segment its cabins so it can offer customers options at nearly every price point. On its website, Delta lists six options, including everything from Basic Economy to Comfort Plus seats with extra legroom to a new premium economy rolling out later this fall to an international business class with flatbeds. Not every product is available on all planes and routes.

And while Basic Economy is still only sold in the Americas, Hauenstein said it should be available worldwide by the end of next year. If it’s like the U.S. product, that could mean some passengers would pay for the first checked bag on long-haul flights to Europe and Asia, something no major American airline has implemented yet. (American Airlines also recently said it may add similar bare-bones fares on flights to Europe.)

Some passengers complain on social media and elsewhere that Basic Economy fares are a money grab, with airlines seeking to wring as much revenue as they can from frugal customers.

But the Basic Economy fares themselves aren’t big moneymakers. Instead, like its competitors, Delta uses the cheap fares in part to interest prospective customers. And then it tries to sell them more expensive options.

The fares also serve another propose: Today, they help protect Delta from ultra-low-cost U.S. airlines, such as Frontier Airlines and Spirit Airlines, who want to poach Delta’s most cost-conscious passengers. In the future, the fares likely will be positioned to try to thwart global discounters like Norwegian Air and Iceland’s Wow Air. Norwegian’s standard fare is similar to Delta’s Basic Economy, and the two airlines compete on many routes.

“It’s more of a defensive product than it is an offensive product,” Hauenstein said. “We need to have a product for people who are just price conscious.”

Delta calls its various fare segments branded fares. On Wednesday, executives told analysts sales of branded fares contributed to a $160 million increase in quarterly revenue compared to last year. That’s nearly half of the total increase in passenger-related revenue of about $330 million.

Overall, Delta’s profit dipped slightly for the third quarter compared to 2016. The airline reported adjusted pre-tax income of $1.7 billion, off $182 million compared to last year. One drag was Hurricane Irma, which cost the airline about $120 million from “operational disruption.” It not only affected Delta’s flights to the Caribbean and Florida, but also hurt Delta’s operations at its massive Atlanta hub.

Also on Wednesday, Delta executives said they expect to eventually take new Bombardier CS100 jets, even though the U.S. Commerce Department has proposed a 300 percent tariff on the Canadian-made airplanes

Last year, Delta ordered at least 75, with the first delivery in Spring 2018, but Boeing complained Bombardier sold the jets at below cost, in part because it received government subsidies. In two recent rulings, the U.S. government has sided with Boeing.

The saga is not over. Bombardier and Delta want to persuade U.S. regulators Boeing did not make a suitable competitive aircraft, and thus was not harmed. On Wednesday, Delta CEO Ed Bastian said he expects Bombardier will prevail, but said Delta’s first planes might not be delivered on schedule.

“We will not pay those tariffs,” Bastian said. “That is very clear. We intend to take the aircraft. I can’t tell you how this will eventually work out.”

The CS100 is a modern, fuel-efficient aircraft with more passenger-friendly amenities than most 110-seat planes. It has an unusually wide fuselage, large windows, and it’s quieter than most jets. Bombardier also makes a larger CS300, but while Delta has options for the larger jet, it has not made any firm commitment for it.

Photo credit: Delta sells Basic Economy fares because it wants to have options at several price points. But it would prefer to upsell passengers into Comfort Plus, its extra legroom section, which is pictured here. Delta Air Lines