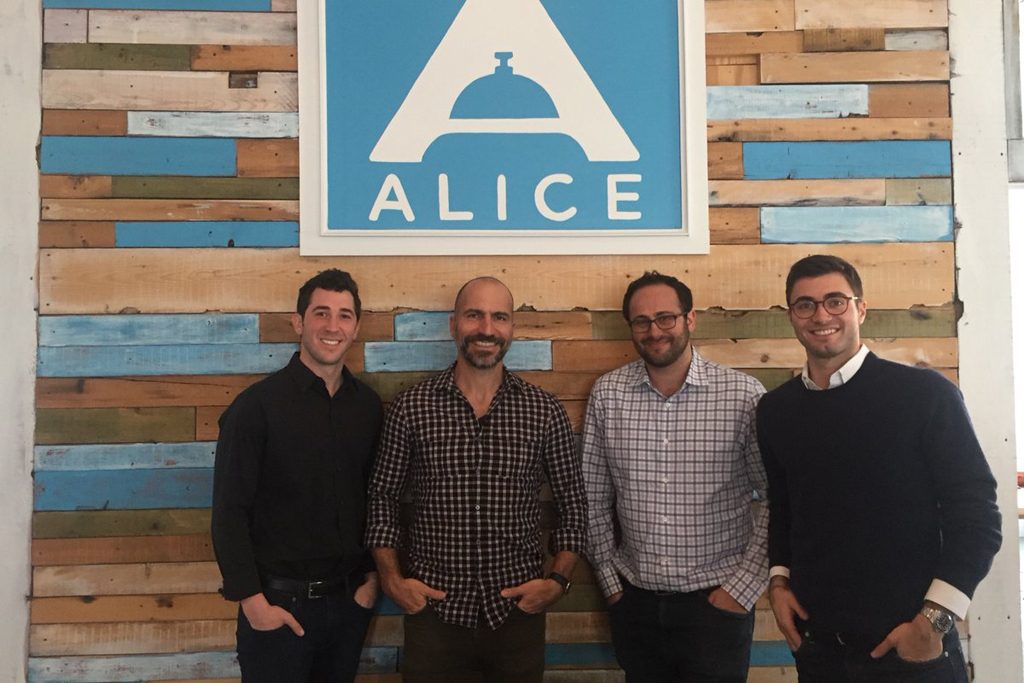 Alice is now majority-owned by Expedia. That brings heft to its dream of becoming the largest data machine in hospitality for operations and guest service.

Alice, a startup that sells operations software to hotels, has raised $26 million in a Series B funding round led by online travel giant Expedia.

The move makes Expedia a majority shareholder. But New York-based Alice will remain an independent brand and will not change its day-to-day operations, the companies say.

The round brings Alice’s total funding to $39 million.

Alice, one of Skift’s Top Travel Startups to Watch in 2017, began life in 2013 as guest-facing concierge messaging app named after the housekeeper on the 1970s TV show The Brady Bunch. It has since evolved into software that aims to provide the first unified platform for a hotel to run its entire back-end operations, such as housekeeping and customer service communication.

While the company has talked this game for a few years, what’s changed in the past 18 months is that it has finally executed on the vision, said chief executive and co-founder Justin Effron. The company “is now at a completely different level,” when it comes to putting into place a set of tools that are broad and comprehensive and that are responsive to what hotels have said their needs are, he claimed.

A key part of Alice’s system is its ability to let guests, front-of-house workers, and back-of-house staff communicate and track requests. For instance, a guest request via a text message for, say, more linens, can be conveyed to the right worker using Alice, the company said.

Since May, the company has doubled its platform usage. It now processes more than 50,000 requests a week, up from the 10,000-a-week pace it had a year ago. The company anticipates hotels will handle more than two million requests on its platform over the next year.

The number of customers is also increasing, though not at the same rapid pace. Alice has more than doubled its count of hotel clients this year.

“That tells the story of our platform because in most companies you would see requests, or engagement, rise proportionally with customers on a one-to-one basis,” Alice co-founder and president Alexander Shashou said. “However, our usage grows much faster than our customers as many new customers start to use Alice for more of their overall hotel work.”

Expedia’s interest in Alice suggests that the online travel company is curious about possibly providing more back-end software services for the hotels that use it to market and distribute their inventory globally.

Earlier this month, Expedia officially began to market a series of new tools for hoteliers that it has been adding to its extranet for suppliers since 2015 under the name Expedia Powered Technology. Tools include help with revenue management and messaging with guests.

Given that context, is Expedia’s goal to add Alice to that suite of tools?

“Right now there are no plans like that in place,” said Effron, Alice’s CEO. “There are certainly some synergies that we all see and believe in, but we’re focused on growing the core business and to see what opportunities that yields.”

He added: “Having an investor and commercial partner like Expedia will definitely help bring opportunities to our company.”

There are other hotel tech brands that offer software-as-a-service (SaaS) solutions that overlap with what Alice’s platform provides, such as the housekeeping-focused services of Amadeus Hospitality’s HotSOS. Other potential players in the market include Sabre Hospitality Solutions and Oracle Hospitality.

There are somewhat similar back-end hotel management services from Knowcross and Quore as well.

Effron said he isn’t worried about competitors. He said the size of the market, with more than 140,000 hotels of substantive size worldwide, leaves room for multiple players to thrive.

He added: “Some of those players you mentioned, like others in the space, we actually could partner with. Who knows where the future will bring us. But a lot of those players, besides Amadeus, don’t offer an operations platform in the same way that we do, and we’re the only one laser-focused on the operations challenge.”

Pawn in a Chess Game

Many in the industry will be curious about whether Expedia will move deeper into offering hotel tech services.

As background, Expedia’s suite of data analytics tools includes a free service that aims to help hotels set their rates to command the most revenue and Expedia’s first meetings-and-events booking tool to help hotels automate requests for proposals — which today is still, largely, a manual process.

This past winter Expedia launched a tool that helps hotel managers analyze guest review data to respond to guests’ assessments in ways that will improve their properties’ ratings.

For its part, Expedia’s arch-rival Priceline Group has, since 2015, been investing in business services for its hotel partners under the BookingSuite brand. The tools include revenue management software and digital marketing help for a property’s own branded website.

But on recent earnings calls, Priceline Group executives have given no sign that the efforts have had strong adoption from hoteliers.

Meanwhile, Alibaba-backed Chinese tech giant Shiji is increasingly offering hotel tech services outside of China, but it has not delivered a broad operations platform yet.

Relatedly, Trivago, the hotel metasearch brand that is backed by Expedia (but operates independently), is also offering hotel services, such as for revenue management and hotel management (like Base7booking).

For now, Alice is focusing on its own growth. The 60-employee startup plans to use the fresh funding to hire across departments. It also expects to make an unspecified “significant” announcement “within a few weeks.”