Skift Take
Skift’s focus on guest experience encompasses all aspects of travel and hospitality, including restaurant dining. This year’s speakers are at the top of the industry, and best positioned to talk about its future.
— Rafat Ali
Share
Tweet
Share
Post
Send 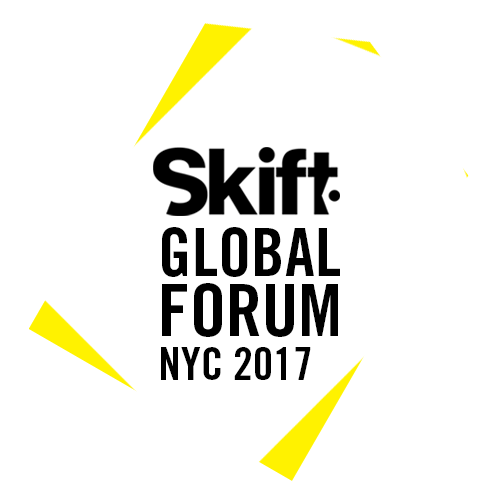 Just before last year’s Skift Global Forum, we announced our expansion into covering the food and beverage sector. Our plan was to bring you the big picture view on the future of dining out, just as we have done for the travel sector.

And we’re excited that for the first time ever, we’ll be bringing these themes to life at Skift Global Forum in New York City, on September 26-27, 2017.

Travel and dining out go hand in hand, and at this year’s event we’ll have a couple of key sessions exploring this intersection. You might have already heard that René Redzepi, founder and head chef of noma, will share his insight into the creativity, innovation, and forward thinking that have earned him international acclaim. During its 14 years on the Copenhagen waterfront, noma changed the tourism landscape of its city and country, putting Denmark on the map as an international culinary destination.

Since then, Redzepi has ambitiously created international residencies of the restaurant in Tokyo, Sydney, and Tulum, Mexico, focusing on ingredients local to each destination and further proving the power of food to drive tourism. In recent years, he has partnered with local and international chefs to open more restaurants in the Danish capital. His new noma concept is scheduled to open later this year.

We’re also thrilled to welcome Danny Meyer, CEO of Union Square Hospitality Group, to the stage this year. He’ll discuss the current state of the restaurant industry, the business of operating restaurants, and share his unique insight from over 30 years in the New York City hospitality industry. Meyer is not only the founder of Shake Shack, the reimagined fast food restaurant that’s gone global, he’s the operator of some of New York’s most beloved restaurants, including the recently reopened Union Square Cafe and the iconic Gramercy Tavern. Meyer has also pioneered a no-tipping policy at many of his restaurants, a program that has seen great results so far.

Don’t miss your opportunity to see one of our first on-stage forays into the business of dining out. As we continue to grow and expand, our promise to you will remain the same. Skift Global Forum will be unlike any other event you’ve ever been to, and will always include today’s leading innovators in travel, restaurants, and beyond.