Small companies are leading the charge when it comes to using Airbnb for business travel. Lower prices when compared to hotels, and accommodations with better locations in pricy cities, have no doubt contributed to the trend.

For many reasons, it’s now commonplace for business travelers to experiment with shared accommodation services like Airbnb. New research from Concur shows that small companies are more likely to use Airbnb, in particular, and more likely to spend only a limited amount on the service.

Concur looked at more than 320,000 Airbnb expenses totaling $77 million over two years, and found that early adopters of the service have worked in the fields of technology and higher education.

“Airbnb has drawn the majority of its business revenue from travelers in the technology and academia sectors,” claims the report. “In Q2 2016, eight of the top 20 spenders on Airbnb are technology companies, whose employees might flock faster to sharing-economy services than others, and six of the top 20 Airbnb spenders are universities, which may require employees to find more cost-efficient accommodations than some hotel chains offer.”

Concur’s research shows that after a period of 32 percent year-over-year growth in the number of organizations using Airbnb, from Q2 2015 to Q2 2016, Airbnb’s rate of expansion in corporate travel could actually be slowing.

Companies are eager to try Airbnb, although the rate of growth has tailed off over the course of the last year, particularly for spending. 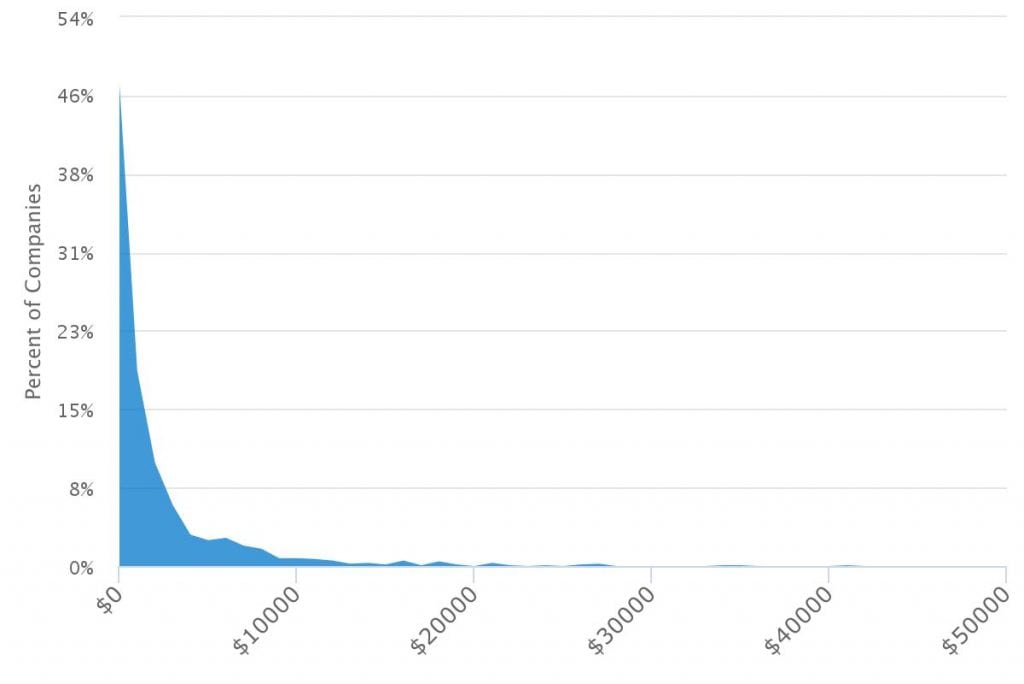 This chart shows the spending of small-to-medium-sized businesses on Airbnb according to Concur. The average Airbnb expense was $242, suggesting that Airbnb is mostly being used for short business trips.

Just a handful of companies spent more than $10,000 on Airbnb in the eight quarter period examined for this report.

Most Businesses use airbnb in san francisco San Francisco and London were the two most popular cities overall for business travel Airbnb bookings, likely due to the high cost of hotel rooms.