Partnerships
Sponsored
This content was created by SkiftX in collaboration with The Unbound Collection by Hyatt™. To learn more about partnering with Skift, email skiftx@skift.com.

How Asher Weinberger, CEO if Twillory, Is Changing How We Think About Clothing 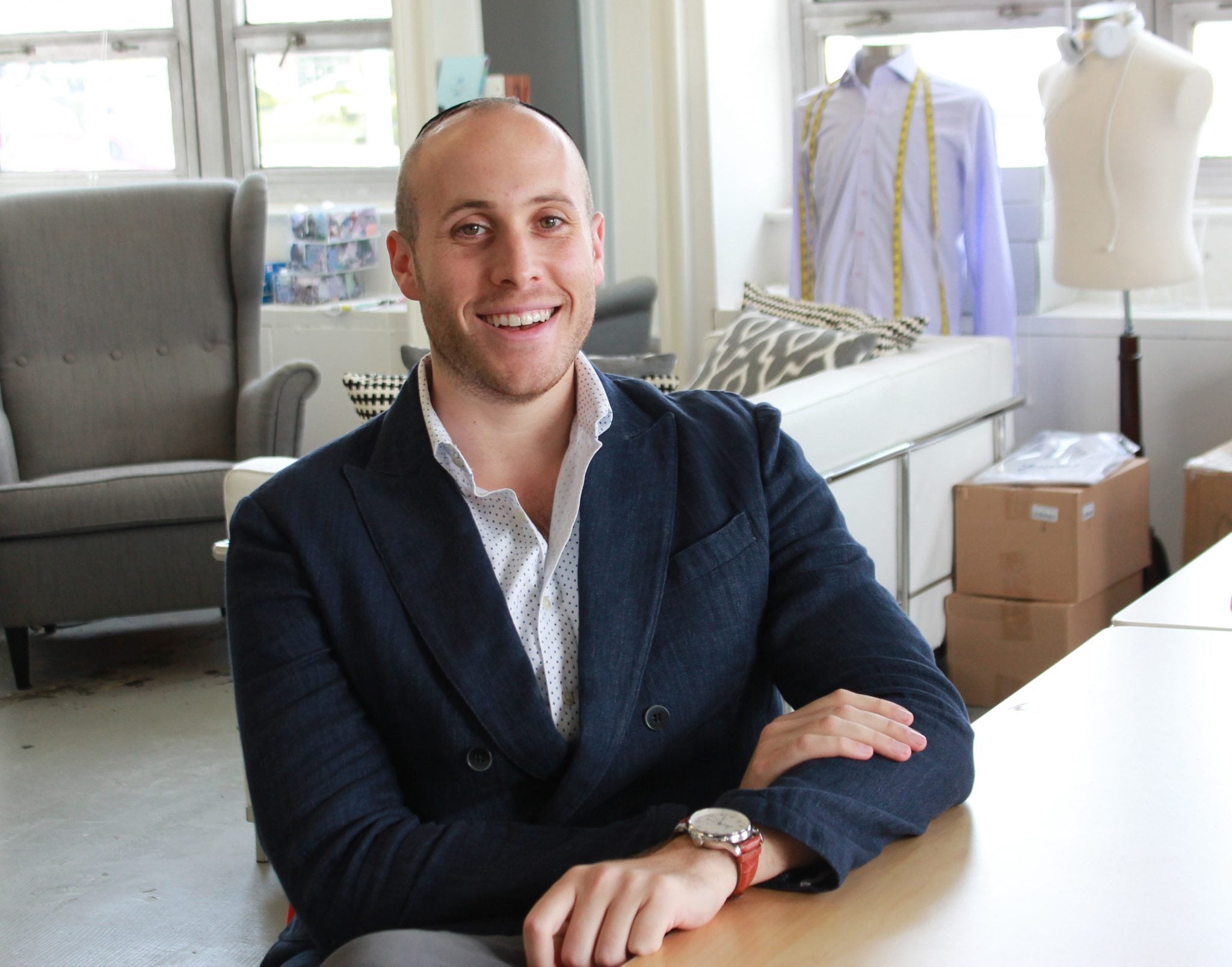 Skift Take
Twillory CEO and cofounder Asher Weinberger has made a career out of going against the grain. His SafeCotton and Re:Purpose initiatives have helped raise awareness to industry shortcomings, all while making the world a better place.
— The Unbound Collection by Hyatt™

Asher Weinberger of Twillory has been defying convention for as long as he can remember. After pursuing a career in finance, it wasn’t long before he found himself feeling unfulfilled. “My biggest fear was being trapped. I felt that very much when I was sitting in a cubicle,” says Weinberger. “Not just physically, but mentally and emotionally as well.” The stifling experience on Wall Street eventually led him to pursue a startup career within the renewable and green energy field. But two years into the gig, Weinberger found himself unhappy yet again. “I couldn’t figure out what was wrong with me and why I wasn’t really enjoying my position,” says Weinberger.

After doing some soul searching, he realized it was time to get back to the family business. “My family’s roots were in the garment industry, going back many generations,” says Weinberger. “I had this very clear moment one day where I thought, ‘That’s what I want to do.’” But Weinberger wanted to do it his way, which meant skipping the traditional brick-and-mortar and opting for a strict ecommerce-only business. The search for a partnership lead him to his cofounder and president Ricardo Goldschmidt. With Goldschmidt’s extensive manufacturing experience and Weinberger’s vision for online retail, Twillory was born.

Today, Twillory leverages Goldschmidt’s initial manufacturing company to create nearly three million private label shirts for a plethora of retailers. “We built Twillory as the direct-to-consumer, younger brand on top of that supply chain,” says Weinberger. On the surface, Twillory satisfies a simple need: access to high-quality men’s shirts at an affordable price. But an impassioned conversation with Weinberger reveals that adding affordable style to people’s wardrobes was only a fraction of his mission. “Part of our mission is to give people access to a better product at a better price, but I’d say the main mission is to provide value to people’s lives in a broader sense.”

Early on, Weinberger knew he wanted to give back, but he also knew it was important to make his customers a part of the process. After taking a hard look at the current clothing donation process in America, Weinberger saw an opportunity to simultaneously fix an outdated system and help those in need through Re:Purpose. “We came up with the simple solution of bringing the drop box to the consumer,” says Weinberger.

Each Twillory purchase is accompanied by a pre-addressed mailer bag where consumers can pack the shirts they no longer wear or need and leave it at their doorstep for the USPS to pick up. The postal service then drops off the clothing directly to Twillory’s partner charity, CareerGear, who distributes the clothing to jobless, homeless, and disaster stricken individuals. “You’re not putting too much time into it. It literally takes three minutes,” says Weinberger. “But when you do something good, even if it’s a minor thing, I believe it injects positive energy and karma into your daily life. You feel good about yourself.”

This need to add value to people’s lives is also what drove Weinberger to his greatest challenge yet —creating formaldehyde-free shirts. For years, the industry standard for making non-iron shirts consisted of using formaldehyde-treated cotton. In the last few years, however, it’s become apparent that the chemical has the potential to pose health risks to humans, with the U.S. National Toxicology Program labeling it a “human carcinogen.”

“There are dozens of companies selling millions of products that are non-iron, all of which are using formaldehyde as the active ingredient,” says Weinberger. “That’s not something they want to talk about.” Weinberger knew that if he was going to offer non-iron shirts to consumers, he couldn’t go along with the status quo. Twillory held off on offering the product to consumers until it could develop a safer solution. After a couple of years, Weinberger and his team debuted SafeCotton, the industry’s first formaldehyde-free cotton. “I thought, ‘Wow we have something amazing here. This is going to be the world’s greatest innovation. We’re going to disrupt the entire market and change the whole world,’” says Weinberger.

The industry, however, was not as excited about SafeCotton as Weinberger had hoped. In fact, many large retailers were angered by the pressure the health conscious alternative presented their own companies. “I find myself staring down this massive machine that’s explicitly telling me that what you’re doing is not something we want to see,” says Weinberger. Amidst the mounting pressure, however, Twillory has managed to find allies along the way, mainly in the form of like-minded startups. “The younger, more future focused companies really understand and appreciate what we’re doing,” says Weinberger. “I think it’s a great example of how there’s a persistence for innovation.”

Challenging industry standards and trying to make the world a better place is no easy feat. Weinberger credits his staff and support team with keeping him on track. “I used to push myself to be focused and I was very frustrated that I couldn’t be,” says the Twillory CEO. “But now I’ve learned to lean on other people to help me be focused. I’ve surrounded myself with people who do that for me.”

Aside from a strong team, Weinberger also credits his physical surroundings with keeping him centered at work. “I used to think physical space didn’t matter,” says Weinberger. “That space was inside a person’s mind and inside a person’s heart, but the reality is, that’s just not true. Space absolutely does affect you.” The CEO kept this in mind when crafting the layout of his office which was designed to give him the maximum amount of privacy while allowing him to interact with his team. He also chose to live nearby his office in an effort to create more fluidity between work and home. “I wanted the flow from work to home to be more natural,” says Weinberger. “Some days I’ll spend half the day at home and the other half in the office. It feels like it’s one very big part of my life.”

For most businesses, growth and scalability top the list for long-term goals. Weinberger, however, admits for Twillory, it’s not something he’s really interested in doing. Instead, The Twillory CEO says what he’d like to see more than anything is initiatives like Re:Purpose and SafeCotton be adopted industry wide. “Imagine what would happen if someone like Nordstrom, Macy’s, or Bloomingdale’s took the Re:Purpose program  and installed it in their own process,” says Weinberger. “You’d probably solve the clothing crisis worldwide overnight. Five to 10 years from now I hope Twillory is leading from behind.”