There was much ado earlier this week about an apparent move that American Airlines took to move its AAdvantage loyalty program towards a dynamic pricing model (which would be horrible for frequent flyers) and it looks like the carrier is now taking extra steps to ensure the user base that that’s not actually the case.

The kerfuffle started when a blogger posted speculation that American was jimmying with award ticket prices on premium routes — a change that was generally corroborated by internal staff. For many, including myself, the logical conclusion was that the airline was setting itself up for a larger scale dynamic pricing campaign.

Since then, American has reached out to highlight that it only “shuffled” award prices on a number of higher end awards — something well within its purview as the operator of AAdvantage. But was it all part of a larger scheme to move the system over to dynamic pricing? Crickets.

UAL is the clear winner here. Standardized pricing, a good group of partners, an improved business class product on their own metal (eventually), and a new CEO that clearly wants to make things better. Even with the upcoming routing changes, they still allow stopovers and they provided more than adequate notice that a change was coming. They have my trust and my loyalty. Will Low-Cost Airlines Benefit From a Brexit-Induced Corporate Travel Slowdown? The last few months have been pretty miserable for low-cost airline easyJet. Read more at Skift

American Airlines Quietly Experiments With Disrupting Its Award Ticket Pricing: American Airlines is experimenting with a new way of pricing award tickets that has the potential to disrupt the way that AAdvantage loyalty program members value its miles. Read more at Skift Airlines Are to Blame for Most U.S. Flight Delays, Not the Weather: Airline miscues — such as the computer glitches that grounded hundreds of thousands of passengers this summer — are now the biggest cause of flight delays in the U.S. Read more at Skift

LaGuardia Traffic Creates Nightmares for Flyers: Flyers attempting to depart out of New York’s LaGuardia Airport (LGA) may want to arrive in walking shoes, after many report up to an hour-long traffic jam heading into the airport. With a litany of complaints posted on Twitter, some have even taken to walking down Grand Central Parkway to arrive at the airport. Read more at Flyertalk 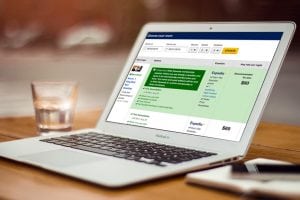 Expedia and Red Lion Hotels Hit Reset on Loyalty and Direct Booking: And then there was Red Lion Hotels — which has rebooted its overall relationship with Expedia Inc. Read more at Skift

The World’s Dumbest Travel Pillow Looks Like a Torture Device: We’re all more or less dead on the inside while we travel, and now the latest bullshit offering from Kickstarter is here to make sure we look dead on the outside, too. Read more at Gizmodo

Exploring the Coming Perils of Overtourism: Overtourism represents a potential hazard to popular destinations worldwide, as the dynamic forces that power tourism often inflict unavoidable negative consequences if not managed well. In some countries, this can lead to a decline in tourism as a sustainable framework is never put into place for coping with the economic, environmental, and sociocultural effects of tourism. The impact on local residents cannot be understated either. Read more at Skift Marriott and Starwood Say Their Deal Is Taking Longer Than They Hoped: While it seems like we’re in double-overtime when it comes to the completion of Marriott International’s $12.2-billion acquisition of Starwood Hotels & Resorts, both companies insist that (1) this deal is still going to happen and (2) it’s just taking a bit longer than they would have originally hoped. Read more at Skift

Interview: Airbnb’s China Rival Tujia and the Power of Home-Field Advantage: When Tujia announced it had a record number of bookings in one day this month — 56,000 room nights in total for Aug. 5 — it was the first time that the “Airbnb of China” as it’s often referred to, had disclosed data of this type. Read more at Skift

HotelTonight Becomes Profitable but IPO Chances Are Remote: HotelTonight’s most recent valuation in 2013 put the company at $300 million, but things are going well enough that Shank is ready to say what much bigger startups continue to duck: He wants to take the company public, possibly by late 2017. “Once we got to profitability,” he says, “it became clear that’s our next path.” Read more at Skift

Panna, the easy-to-follow receipe site, has a new Editor in Chief and it’s none other than Matt Gross, the formal Frugal Traveler. Congrats Matt.