Skift Business Traveler: Economy Class Is About to Get Even More Uncomfortable 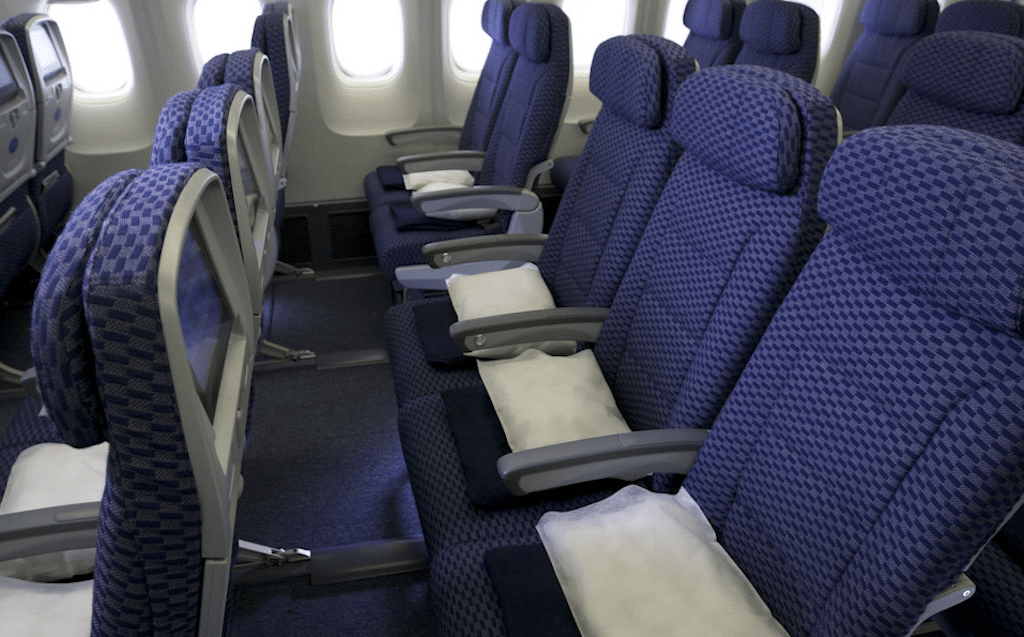 The Airline Interiors Expo in Hamburg is this week, meaning a slew of new cabin concepts are about to hit the wire. I’m sure that there will be plenty small upgrades regarding fancy new lighting or better wines with better pairings for premium cabins, but what’s really going to get airline execs excited is how efficient their aircraft can be. Read another way, one might interpret that as “how many passenger can I fit into a fixed space?”

Problem is, airplanes are still flying with too many free seats as far as airlines are concerned, so they’re doing their best to cram in more passengers and sell more tickets. Even Emirates, a brand viewed as a luxury product, is now stacking an amazing 615 passengers on some routes. At AIX, Airbus is teasing 11 abreast “budget-economy.” And before you make any seat pitch arguments, ask yourself whether the noise, service and bathroom space of a “budget-economy” flight is about the same as a regular economy flight.

All this is to illustrate that as the rich get richer in premium cabins, the poor are about to get even poorer. My money’s where premium economy’s at.

Emirates Fits Planes with Record 615 Seats for Danish Flights: Emirates will start its highest-capacity Airbus A380 service this year, fitting the world’s biggest passenger model with 615 seats for flights to Copenhagen. Read more at Skift

FAA Cites ‘Systemic’ Hazard at United: Although the letter stopped short of mentioning specific violations, it’s generally interpreted to mean that United’s process of regularly requalifying its pilots has grown lax, and that pilots may be working more than the recommended number of hours. Bottom line: pilots who are undertrained and overworked. Read more at FrequetFlier

The One Airline That Really Wants You to Know That ‘Africa is Not Ebola’: Brussels Airlines’ CEO Bernard Gustin wants travelers to know the entire African continent isn’t engulfed by the Ebola virus, but it’s his message about the virus’ economic impact on West Africa that raises a deeper sense of urgency. Read more at Skift Investigation Reveals That Security Breaches at U.S. Airports Are Common: Several hundred times over the last decade, intruders have hopped fences, slipped past guardhouses, crashed their cars through gates or otherwise breached perimeter security at the nation’s busiest airports — sometimes even managing to climb aboard jets. Read more at Skift

The Next Generation of Airport Lounges Looks Better, Smells Better Too: They’re targeting travelers who are in airports so often that they’ll pay as much as $450 a year to pass the time in a quiet, spacious sanctuary featuring complimentary snacks, drinks, charging stations and showers. Read more at Skift

As PreCheck Hits Its Stride, TSA Dials Back on Randoms in the Fast Lane: Out at the airport, this now means that Precheck lines will start seeing fewer random passengers and more of the seasoned veterans. And as that cohort continues to get more experience at the checkpoint, average wait times may fall even further. Only then, at long last, will Precheck open its throttle. Read more at Skift Clothes of the Future Will Charge Your Phone: Good news! South Korean scientists have developed a foldable, wearable fabric that generates energy as it moves and flexes on your body. According to Sang-Woo Kim, lead developer on the project, a shirt made from this fabric could be worn, and even patched, like any other. It’s just a little bit heavier than normal, due to some internal wiring. Read more at Reviewed.com

The Million Dollar-Plus Lobbying Effort by Uber and Lyft in Texas: Texas lawmakers grilled Uber executives over safety concerns during a hearing for a bill that would set statewide regulations for ride-hailing firms. Read more at Skift

Dylan Thomas Fans Vs. the New Owners of the Landmark Chelsea Hotel: The entrance of a Manhattan apartment where Welsh poet Dylan Thomas fell into a coma before he died may soon become part of a stairwell in a refurbished historic building. Read more at Skift

The Unlikely Duo Behind New York’s Most Popular Boutique Hotels: Ira Drukier and Richard Born were bored. Facing an early midlife crisis three decades ago, they decided to ditch their careers in engineering and medicine, and follow their fathers into the real estate business. Read more at Skift

View from the Wing got a redesign. Head over there to tell Gary how it looks.