Support Skift and Independent Journalism During the Travel Industry's Moment of Crisis.

Skift Take
The drop was inevitable after AT&T’s news, but Gogo still has a monopoly on in-flight connectivity and it will take AT&T years to catch up.
— Samantha Shankman
Share
Tweet
Share
Post
Send

Shares of in-flight Internet provider Gogo Inc. are sinking more than 20 percent following news that AT&T would be competing to connect fliers to the Internet.

AT&T is promising fliers faster connection speeds, using technology from Honeywell Aerospace to connect with its 4G LTE network ground network by the end of 2015.

The other player is ViaSat, along with partner LiveTV, which is slowly rolling out satellite service on JetBlue Airways jets. 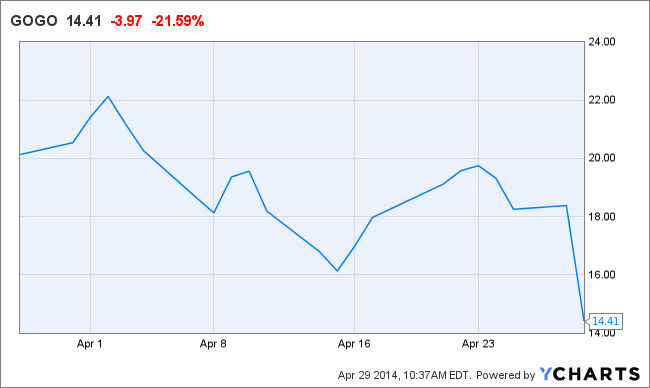 Why Is Wi-Fi at Events Still So Bad?