Snow, ice and cold temperatures last quarter added to United’s struggles since the company’s creation in a 2010 merger with Continental Airlines. United, now working to cut $2 billion in annual costs by 2017, is the only major U.S. carrier for which analysts projected a quarterly loss.

“This quarter’s financial performance is well below what we can and should achieve,” Chief Executive Officer Jeff Smisek said in a statement. “We are taking the appropriate steps with our operations, network, service and product to deliver significantly better financial results.”

A series of storms pummeled central and Eastern U.S. in January and February, primarily affecting United hubs in Chicago and Newark, New Jersey. The airline was forced to ground 35,000 flights, reducing the number of passengers flown by 1.4 percent. 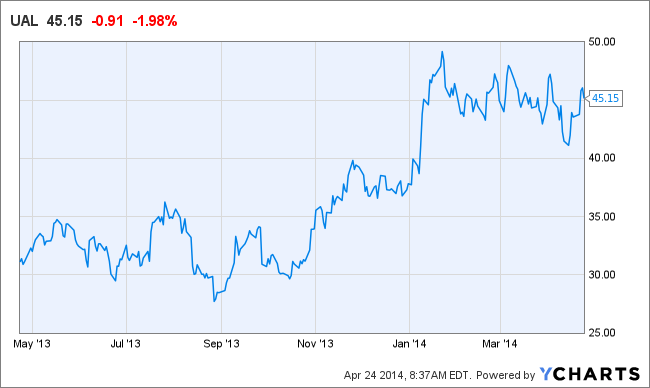 Revenue also was damped as Chinese competitors added capacity on routes to the U.S., forcing fares lower, and by the weakening of the Japanese yen, which affected demand. United is the biggest U.S.-based airline on flights to Asia.