American Airlines is making money again and beating expectations after its merger with US Airways.

The company posted earnings of $480 million Thursday, a record for the first quarter, which is usually the weakest three-month period for airlines during the year. As separate airlines, American and US Airways lost $297 million a year earlier.

American Airlines Group Inc., formed by the December merger, is the largest airline in the world.

Shares of the Fort Worth, Texas, carrier are higher in premarket trading. 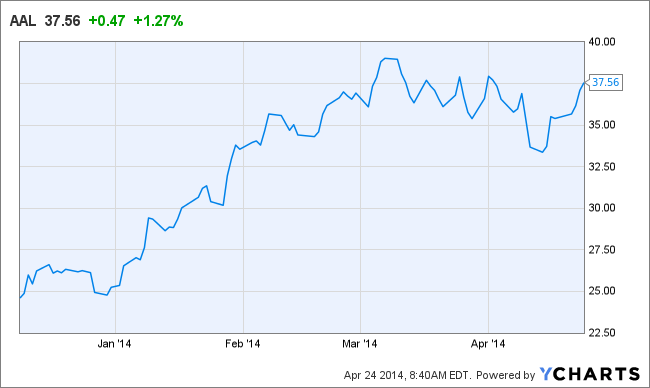