There’s more news from Delta Air Lines this week as the embattled airline tries to position its SkyMiles program as “not-so-terrible.” Originally, the airline planned to alter its mileage-earning mechanism in Q1 of this year and release its award chart (i.e., how valuable those earned miles would be) in Q4. After significant outcry from the community, they changed tack and released the award chart late last week.

In short, the community doesn’t seem to be furious about the changes. Delta hasn’t increased the cost of many awards on their chart, nor have they decreased many. But since supply (miles) is decreasing and demand (awards) is staying the same, something will have to shift. The answer could lie in award availability. Delta has been notoriously stingy with the volume of awards that it makes available to travelers. Perhaps now with fewer miles they will make it easier to book their rewards.

Very sad news comes from Malaysia Airlines over the weekend as one of their Boeing 777-200s dropped out of radar contact shortly after beginning its trip from Kuala Lumpur to Beijing. Three days later, the fate of the aircraft is still unknown, and speculation on the web has gone sideways. While the world’s naval fleets scour the sea south of Vietnam, we’ll keep an eye out for updates.

In the interim, real-time updates are coming in from Twitter. Follow @skift for the latest breaking news.

The BBC’s Jennifer Pak tells us Malaysian authorities aren’t used to reporters demanding more information than they want to give. #MH370 8 Expert Theories Behind the Malaysia Air Disappearance: The most dangerous parts of a flight are takeoff and landing. Rarely do incidents happen when a plane is cruising seven miles (11 kilometers) above the earth. Read more at Skift

Malaysia Airlines Incident Highlights Risk of Employees Traveling Together: Should executives fly together? The issue comes to the fore with the presumed crash of Malaysia Airlines flight 370 as Freescale Semiconductor of Austin, Texas, stated it had 20 employees on the flight from Kuala Lumpur to Beijing. Read more at Skift

Delta Details How Many Miles Are Needed to Redeem Free Flights: Delta is providing more details about changes to its frequent-flier program after complaints about the overhaul from some travelers. Read more at Skift The Honeymoon is Over as American Airlines and JetBlue Cancel Interline Partnership: The two airlines gave no reason for the end of frequent flyer program reciprocity and the interline agreement, which enables passengers to purchase one ticket for connecting flights on the airlines. Read more at Skift

United Stands by Carry-On Policy Though United Airline’s enforcement of size requirements for carry-on luggage has generated some controversy, the Chicago-based airline says the policy is meant to assist their customers. “We listened to customers who have had the right-sized bags. [They have been] unable to put them in the overhead bins,” United spokesman Charles Hobart tells FlyerTalk. Read more at FlyerTalk 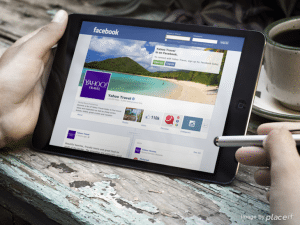 Meet Yahoo Travel, the Travel Industry’s Most Neglected Site: Depending on how close you’ve been paying attention, perhaps you’d be surprised to learn that Yahoo Travel is still around — and it is big. Read more at Skift

Why This Plane Seat Is the Most Profitable: A new hybrid class, called premium economy, is appearing on more planes due into its attractive economics. The seats generally give passengers a bit more space than traditional coach and often come with extra amenities like better food. Tickets are pricier than for basic economy, but still much cheaper than flying up front. Read more at The Wall Street Journal

Google’s Balloons Vs. Facebook’s Drones: Earlier this week, news broke that Facebook was working on a possible acquisition of Titan Aerospace, a company that produces solar-powered drones. Why does a social network need a high-tech satellite? Read more at The Verge 10 Mobile Features That Travelers Most Want From Hotels: The mobile feature that hotel guests want most is the ability to quickly find basic information like Wi-Fi prices and what time the breakfast buffets ends, says a new survey. Read more at Skift

Mobile Keys Slow to Gain Traction: Bypassing the front desk and entering the guestroom with a smartphone is one way hoteliers can put more control in their guests’ hands. But do the benefits outweigh the challenges? Read more at Hotel News Now

Tommy Hilfiger Buys the Raleigh Hotel: While we were still sobbing into our colorful patterned knitwear over the apparent death of the Missoni hotel brand, came news of another fashion house getting onto the designer hotel bandwagon. Our brief flicker of excitement was extinguished somewhat, however, when we found out it’s Tommy Hilfiger. Read more at HotelChatter

Steve Inskeep, the host of NPR’s Morning Edition and frequent traveler, is currently on the road in the American South. NPR has done a great job of documenting the journey both on the radio and on their Tumblr site. Check out some of the excellent photos here.