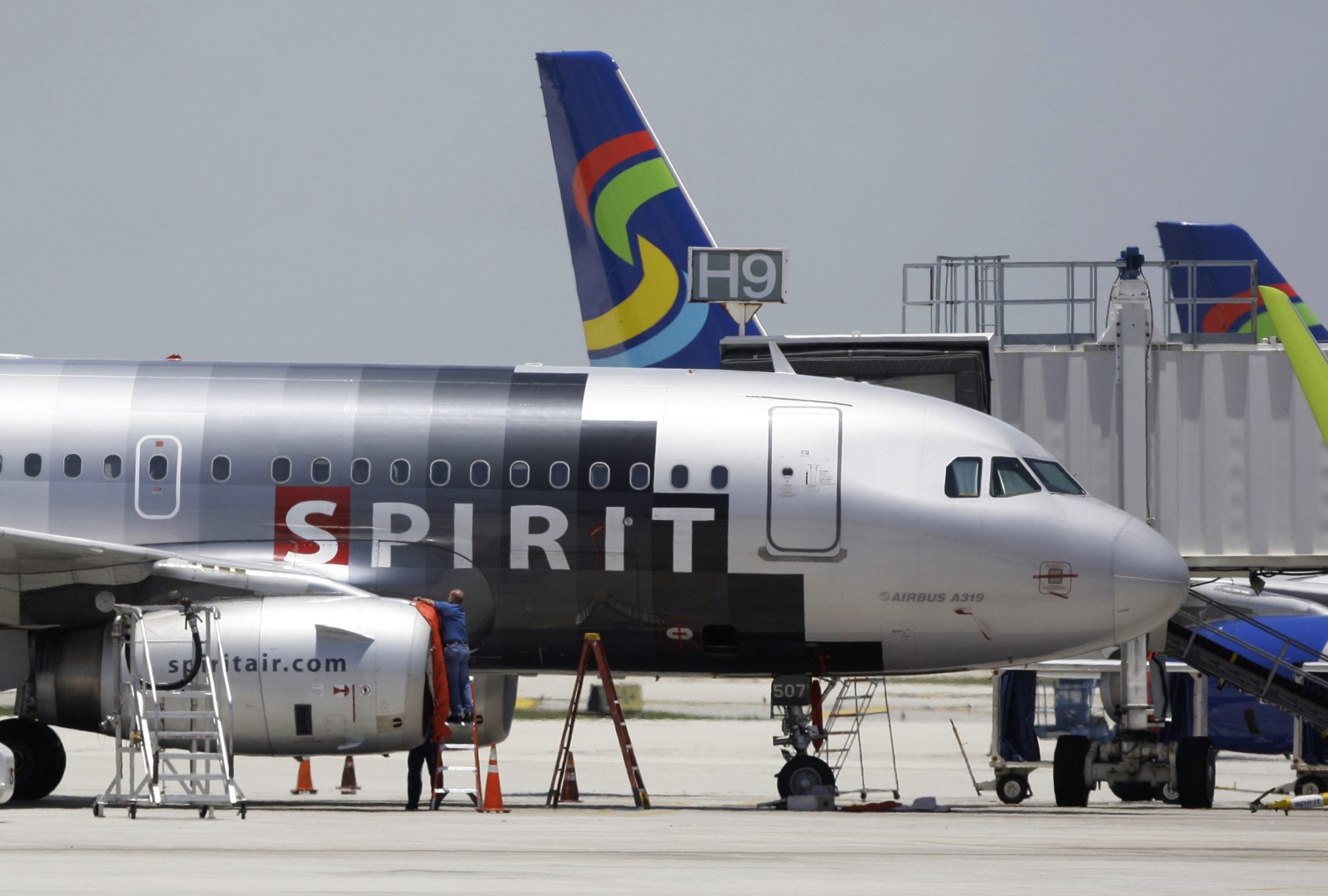 Is Spirit Airlines on a secret friend making campaign with the American traveler? Both Planet Money and the AP have published in-depth profiles of the airline in recent weeks, both giving broad visibility into the operation of the company. For an airline that’s famously hated by business travelers yet popular with casual tourists, perhaps the scales are starting to tip.

Admittedly, my first booked flight on Spirit was last Wednesday. Too bad the snowstorm got in my way.

Wouldn’t you know it, when the weather is terrible, airlines cancel gobs of flights. That’s the conclusion of a new report from the AP that says that airlines are canceling flights in volumes unseen since the late 1980s — directly as a result of this terrible winter. In case that wasn’t shockingly obvious to you, Patrick Smith from Ask The Pilot explains the relationship between foul weather and canceled flights.

Fine, says the business traveler, especially as the winter heads to a close, but thousands of canceled flights and subsequent rebookings affect the bottom line. And if the weather takes a cut you can expect travelers to feel the impact later in the year.

This is pretty scary. RT Listen to live ATC of Geneva airport here: http://www.liveatc.net/search/?icao=gva #hijacking
–@BrianSumers – Airlines and airports reporter for the 9 newspapers in the L.A. News Group

Is the JetBlue-American Airlines Honeymoon About to End? Since 2010, the old American Airlines has had an agreement with JetBlue to share some flights. Are the two airlines heading for a larger partnership? Read more at Skift

Co-Pilot Hijacks His Own Plane to Seek Asylum in Switzerland: An Ethiopian Airlines flight to Italy made an unexpected landing in Switzerland Monday morning after being hijacked by its co-pilot. According to local police, the co-pilot took control of the plane by locking the cockpit door when the main pilot was in the bathroom. Read more at the Verge

Flight Attendants Oppose Phone Calls on Flights: If cellphone calls are allowed on planes, flight attendants warn that safety lectures will be ignored more often and passengers will get into fights about noisy conversations. Read more at Skift

Brazil Decides the Airbus A380 Is Too Big for Sao Paul: Brazil’s air traffic regulator says the world’s largest passenger jet will not be able to use the country’s biggest airport because its main runway is not wide enough for the Airbus A380. Read more at Skift

SkyTeam To Open Airport Lounge in Dubai: The world’s second largest airline alliance, SkyTeam, will open a lounge at Dubai International Airport early next year, it has confirmed. Read more at Skift

Airlines Canceling Record Number of Flights: Does it seem like there’s a new round of calamitous flight disruptions every time you check the news?  It’s not your imagination.  U.S. airlines are cancelling flights in numbers not seen since the late 1980s. Read more at USA Today

What Do Female Business Travelers Want Out of Airport Lounges? As the ranks of women business travelers is rising across the planet, what can airlines, airports and third-party lounge operators do to accommodate their needs, and how are they addressing them? Read more at Skift Lyft In Process of Raising New Funding Round: Lyft is raising yet another big round of funding, according to sources. The company, which is seeking to make ride-sharing mainstream in cities across the U.S. and around the world, is expected to use the new cash to fund expansion into new cities and territories. Read more at Skift

Verizon, AT&T, Sprint, and T-Mobile: Are Early Upgrade Plans a Good Deal? Over the course of just a few months in 2013, all four of the largest carriers in the US introduced completely new plans to go alongside traditional contract agreements and prepaid services. Each carrier is going after the same thing: subscribers who want to get the newest smartphone as quickly as possible. Read more at the Verge

Los Angeles Hotels Push Back Against Higher Minimum Wage for Employee:  Proponents argue that the pay boost will provide a more humane standard of living for roughly 10,000 workers and bolster the local economy by unleashing $71 million in additional consumer spending. Read more at Skift

Former Mob Hotel Reopens in Havana: In its heyday, Havana’s Capri hotel and casino was the playground of men known as The Blade and The Fat Butcher. Read more at Skift

6 NYC Hotels Have Formed a New Supergroup: The only thing better than a super group is a supergroup made up of our favorite artists: more talent; less records/tickets to buy. It’s much the same way in the hotel world, when a bunch of our favorite hotels club together to form a new brand: wider choice of properties; one loyalty program. Read more at HotelChatter

Gabriel Leigh‘s blog has a nice roundup of the Singapore Airshow here including some fancy photos inside of the new Airbus A350. Check it out and enjoy the nice tropical weather.