The company, which took a TV-advertising campaign nationwide and began testing it in some international markets, said that average unique visitors to its websites rose nearly 60 percent to 260 million per month.

The shares rose in after-hours trading. 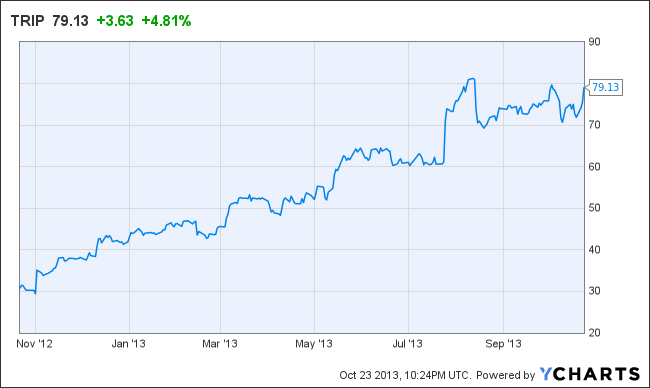 The company said that excluding the cost of stock-based compensation and other items it would have earned 45 cents per share, matching Wall Street expectations.

Revenue rose 20 percent to $255.1 million, slightly below analysts’ forecast of $255.7 million, according to FactSet.

TripAdvisor features reader-written reviews of hotels and other businesses on several websites including Airfarewatchdog, BookingBuddy and SmarterTravel.