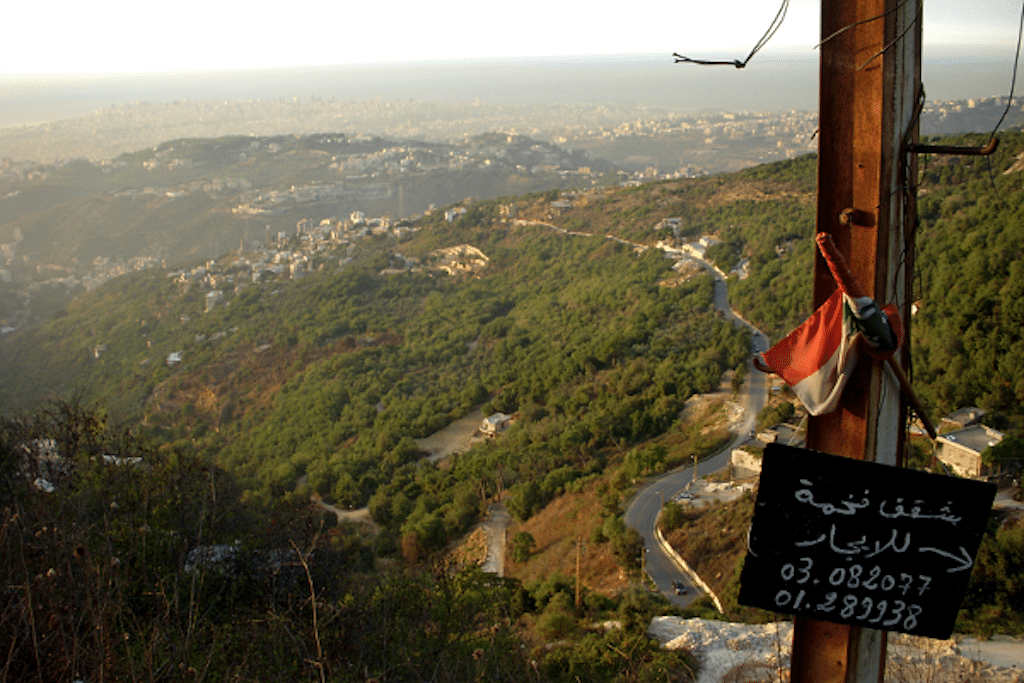 Skift Take
Considering Beirut, Lebanon’s last 30 years of civil war, it’s remarkable that throughout the entire Arab Spring the city has not broken into open warfare. If the biggest loss is a drop in tourism, it’s a lucky season.
— Samantha Shankman
Share
Tweet
Share
Post
Send

Bassam al-Habr recalls the days when his 420-seat restaurant in Lebanon’s Aley mountain resort town was so crowded he had to turn away diners.

That was before the two-year uprising against Syrian President Bashar al-Assad got lengthier, bloodier and spilled over into neighboring countries. Business has slumped, with income down another 60 percent this year, al-Habr, who runs the Al-Koukh eatery, said this week.

“This is the worst in the five years the restaurant has been open,” said the 44-year-old manager, gesturing toward the sidewalk and empty tables. “We haven’t seen anything that would indicate that things are going to get better.”

Tourism in Lebanon, the Arab world’s commercial center and a playground for Gulf nationals and high rollers before a 15- year civil war started in 1975, has been turbulent at the best of times with bombings, assassinations and clashes with Israel. Yet it accounts for about a fifth of the $40 billion economy and hoteliers say the Syrian conflict is the biggest threat to the industry for more than two decades.

Safir Bhamdoun Hotel’s main glass doors in Bhamdoun, a favorite summer mountain getaway for Kuwaitis, are still locked. The terrace overlooking tree-covered mountain slopes that taper down to a lush valley, is empty.

“We don’t have business travelers, we have leisure travelers and they get affected by the political and security conditions,” el Khazen said on June 3. “We’re trying to adapt to the situation, but it’s depressing.”

Tourism, mainly catering to visitors from the Gulf, has been hit as travel warnings against kidnap threats and a wave of demonstrations kept those people away last year. The United Arab Emirates and Kuwait issued similar advice again this year.

People from the Gulf account for 60 percent of tourism spending, Tourism Minister Fadi Abboud said in a May 29 interview. The industry has already shrunk 13 percent this year as violence spilled over from Syria, he said.

“We are fully ready to receive tourists,” said Abboud, who is a caretaker in the post as Tammam Salam, prime minister- designate since April, tries to form a government amid rising sectarian violence. “The only thing we need is tourists.”

This is the worst year for the industry since the Lebanese civil war, said Pierre Achkar, president of Lebanon’s Syndicate of Hotel Owners since 1995. Business may pick up in the peak summer months if political turmoil in Beirut comes to an end.

“A lot of miracles happen in Lebanon,” Achkar said this week. “Sometimes we don’t understand why things happen, but they do happen. The consensus would relax the situation a little bit. Occupancy may go up.”

Income at hotels has declined 30 percent so far in 2013 from last year, said Achkar. It declined 25 percent from the previous year, he said.

Tourism contracted by 20 percent in 2012, according to Abboud. The industry made up 22 percent of the economy in 2010 and dropped to 19 percent last year, he said. The figures include real estate foreigners bought for personal use.

“We haven’t planned that we’re going to have a fruitful summer,” Lebanese Finance Minister Mohammed Safadi said in an interview in Beirut yesterday. “We have to work to change it and we can only change it through stability.”

Receding tourism means that gross domestic product won’t be able to grow by more than 2 percent this year, he said. The country’s debt-to-GDP ratio won’t change, he said.

“Lebanon may be able to sustain low growth for a year or two, but politics could unravel the situation sooner making the situation unsustainable,” said Agha.

The civil war devastated Beirut and turned its markets, cafes and luxury shops into rubble. The country picked itself up after the war ended in 1990, tourists returned to sit in cafes overlooking Roman ruins in the newly renovated downtown or pack narrow, winding streets in Lebanon’s mountains. They were deterred temporarily by the 2005 assassination of Prime Minister Rafik Hariri and the 2006 Israeli war on Lebanon.

The Syrian conflict has destabilized Lebanon, home to 18 religious sects. Clashes along the same sectarian lines as in Syria have erupted between opponents of Assad and his supporters mainly in the northern city of Tripoli.

Assad is a Alawite, an offshoot of Shiite Islam, while the rebels are mostly Sunni. Artillery and aerial shelling from Syria has targeted Lebanese Sunni and Shiite villages.

The risk of violence expanding to other areas in Lebanon rose after the Shiite militant group Hezbollah openly said it’s fighting alongside Assad’s troops. Syria’s opposition has vowed to target the group’s strongholds all over the country.

“The single biggest risk for Lebanon is Hezbollah’s involvement in Syria,” Agha said.

As tourism declines so do the services and agriculture that revolve around it, said Jihad Azour, a former finance minister who now serves as vice president and senior executive adviser at consultancy firm Booz & Co. in Beirut.

In Bhamdoun, about 25 kilometers (15 miles) from Beirut, traffic is light, shops and cafes that overflowed with Gulf tourists are empty and some hotels won’t open this summer.

“We had more business during the war” from 1975 to 1990, said Adib Fleihan, 60, who owns a boutique stacked with the black cloaks that Gulf women wear. “We haven’t seen any signs so far that it’s going to be a good season.”

At the Safir Bhamdoun Hotel, manager el Khazen said the town’s attraction for Kuwaitis is that many spent summers in the town since they were children. Now that allure isn’t enough.