The electric-car maker hopes to gain over $200 million to speed along the delayed production of the Model S; a delay that has already caused some 1,000 order cancellations.

Electric car maker Tesla Motors needs money — soon — to continue developing its cars, building its Superchargers and expanding its retail outlets. It plans to publicly sell shares that could bring in up to $221 million. 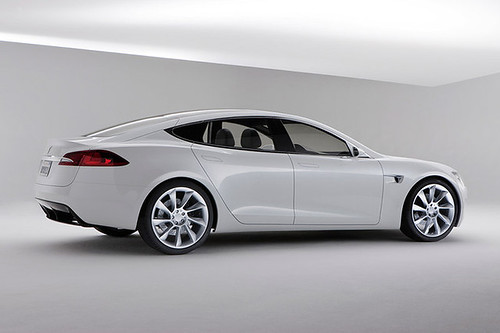 Tesla is five weeks behind schedule on the Model S production. Photo by Dennis Crowley.

Another indicator that Tesla needs considerable funds in the short term: Tesla asked its first several thousand customers on its reservation list (it’s had 13,000 reservation holders in total) to configure their cars for delivery (basically commit to buying them) or risk losing their production slot. Tesla doesn’t record revenue until the Model S is actually delivered.

Is It Tourism or Is It Remote Work? The Line Is Getting Blurry

The Hotel Companies Most Friendly to the Environment: New Skift Research

Carbon reduction is gaining importance for stakeholders, and reporting is getting better amongst the largest hotel companies. Skift Research compares the emissions of six global chains to determine which is best positioned to become carbon neutral over the coming decades, and which are falling behind.

There's a lot of rhetoric about the need to find business models that work for everyone, as the viewpoints of Tesla and Microsoft demonstrate, but there has been little action so far.