Demand continues to rise for extended-stay hotels, even as rates increase It’s a story with a familiar ring to it: The extended-stay segment of the hotel business is performing well above the rest of the industry. In particular, as a recent report from The Highland Groupshows, the segment has been able to raise rates at a faster clip than the overall hotel industry. Extended-stay rates rose 7.2% in both the second quarter and first half of the year. By contrast, STR reported a 4.7% gain in ADR for the overall industry in the first two quarters of the year. 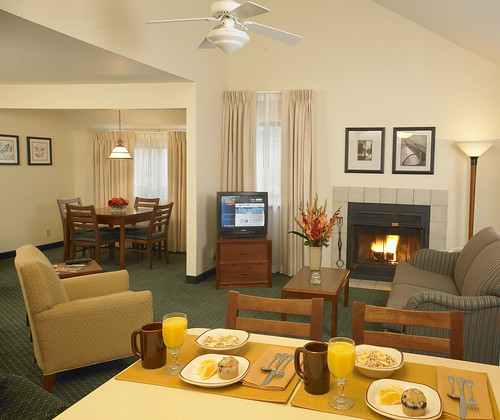 Residence Inn is one of Marriott’s two extended-stay brands with 218 combined properties. Photo by DiscoverDuPage.

Demand rose 1.1% in the second quarter and 2.3% for the first half. Demand for mid-priced properties slipped slightly, which Highland says is due to “a great number of rooms under renovation” and the segment’s strong rate stance.

“Percentage wise, it’s a big increase over the past two years,” says Skinner, “but you need to put it into perspective. This time last year, about 6,000 rooms were under construction, which equates to 600 100-room hotels. There are 9,000 rooms under construction now, which is about 90 hotels. The difference in absolute terms is just 30 hotels spread around the country.”