Skift Take
Bag fees are not against Southwest’s religion and, with the acquisition of checked-bag-fee charging AirTran, management is undoubtedly mulling whether to see the green light.
— Dennis Schaal
Share
Tweet
Share
Post
Send

Southwest Airlines famously doesn’t charge for first and second checked bags, but last year the carrier became the fifth largest ancillary revenue collector among the 50 airlines around the world that disclose those numbers.

That’s not a well-known story among passengers.

Chalk up Southwest’s status — one that the airline won’t be touting on its TV commercials — to its unorthodox boarding process; a revised Rapid Rewards program; the addition of AirTran, with its checked bag fees, for the second half of the year; an aggressive fee program (unaccompanied minors, excess baggage, pets and early boarding), and Southwest’s status as the third largest airline in the world in terms of passengers flown. 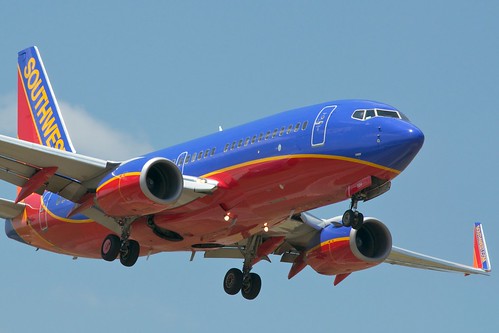 The EarlyBird catches the revenue, but Rapid Rewards is a homerun

Southwest, for example, collected $142 million last year for EarlyBird boarding at $10 a pop. And Business Select, which includes priority screening, a headstart on boarding, and a libation, accounted for $96 million in revenue, IdeaWorks states.

“The most effective means by which Southwest has generated ancillary revenue has been its revamped Rapid Rewards frequent flyer program,” IdeaWorks says. “Management has expressed satisfaction over the $250 million revenue bump from improved co-branded credit card results realized during 2011.”

However, many Rapid Rewards members weren’t pleased with the changes, including an awards system that doles out points based on the fare type purchased.

Jay Sorensen of IdeaWorks notes that although Southwest has owned AirTran since May 2011, Southwest has continued to allow AirTran to charge fees for first, second and third bags, and this has generated a lot of ancillary revenue.

“If Southwest really had a corporate philosophy against this, they could have scored hero points” if they discontinued AirTran’s checked-bag fees, Sorensen says.

Sorensen believes Southwest is weighing its options on checked-bag fees, as does Atmosphere Research Group’s Henry Harteveldt, who adds:

“I think Southwest is taking a very deliberate approach to how it merges AirTran and what the new Southwest will look like after the merger.”

Hero or villain, bag fees or not, Southwest has quietly emerged as a leader in squeezing ancillary revenue from partners and passengers.