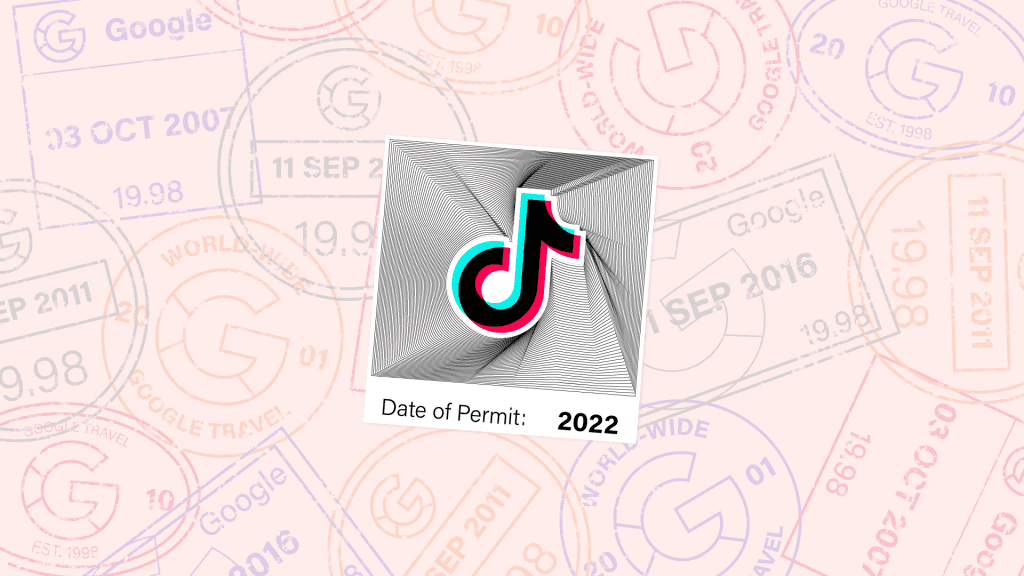 TikTok Chips Away at Google’s Dominance in Travel Discovery

TikTok is chipping away at Google's travel dominance one 30-second dance at a time. Travel marketers eager to bypass search engines have an opportunity to do so with this new social media platform.

About 34 percent of travelers were influenced by TikTok in 2022, a 10 percentage point increase from 2021, according to a Portrait of American Travelers, an annual survey by MMGY Global, a travel and hospitality marketing agency. “Early decision-making is where a lot of our respondents talk about how TikTok influences their decision of where to go and where to stay, whereas Google […] has moved down in some ways,” said MMGY Global CEO Clayton Reid.

Travel organizations and practitioners are investing resources on TikTok to reach global audiences. Small accounts have as much of an opportunity to go viral and stack video views as very large accounts because the TikTok algorithm rewards creativity, authenticity and uniqueness in travel discovery.

“We decided to create an account to reach a new target audience, but this platform also allows us to reach a larger audience more quickly regardless of the number of followers,” said Christian Tänzler, spokesman of Visit Berlin, which joined TikTok last August and uses it to promote the city’s hidden gems and spark viewer curiosity.

By The Numbers: Why TikTok Can’t Be Overlooked In Travel Marketing

Even if they don’t have an account, destination marketing organizations collaborate with TikTok influencers behind the scenes. Beverly Hills Conference & Visitors Bureau, for example, works with them to show the evolution of 90210 and stay relevant to the next generation, said CEO Julie Wagner.

One of TikTok’s attractive advantages over Google is it doesn’t default to promoting hotspots, which too often suffer from overcrowding. ”With Google Maps, if you’re going to Yosemite National Park, it wants to show you the top 10 destinations instantly and we’re like Stop!” Jonahthan Farrington, executive director of Yosemite Mariposa County Tourism Bureau, which aims to use TikTok to promote overlooked areas like Hetch Hetchy in Yosemite National Park. “Our hope is to one, get people interested and two, that they’re going to say ‘Wow, We to need to go over there,’ which is away from the crowded areas.”

Where TikTok faces a serious roadblock is adoption at the state tourism level in the U.S. In November and December, over a dozen state governments banned their agencies from using TikTok due to concerns over the platform’s Chinese ownership, which allegedly ties it to the Chinese government’s interests. The state tourism agencies of South Dakota, South Carolina, Utah and Arkansas discontinued their TikTok use and subsequently redirected their marketing resources to short form vertical video competitors like YouTube Shorts and Instagram Reels.

Regardless of what happens with U.S. state tourism agencies, there is also a large financial incentive for travel brands to experiment with TikTok. The importance of digital advertising to the travel industry is hard to overstate. Digital channels accounted for nearly 90 percent of all travel advertising spend in 2021, according to Skift Research. Social is the fastest growing subchannel, making up 29 percent of travel ad spend in 2021 versus 22 percent in 2019.

Most of that digital performance spending is going to one of two places: Google or Facebook. There are few other viable alternatives to reach online audiences at scale. Skift Research estimates that the travel industry spent $8.9 billion in performance ad spending on Google in 2021. Expedia Group and Booking Holdings invested what we estimate to be 16 percent of their combined revenues on Google’s ad platforms in 2021. Although down in dollar terms due to the pandemic, that still saw Google rise in relative prominence up from 13 percent of revenue in 2019.

And it’s not just Expedia and Booking. As airlines, hotels, destinations, and more shift their marketing budgets online, the travel industry winds up with a growing pool of dollars chasing a shrinking set of advertising venues. The inevitable result is lower returns on advertising spend.

Here’s where TikTok stands out as a shining beacon of hope. It is a fast growing source of digital eyeballs outside of the longstanding Google-Facebook duopoly.

Expedia, Booking, and others have been investing billions in projects with potential to steer traffic outside of the Google ecosystem. These run the gamut from revamped loyalty programs to large brand advertising campaigns. In this context advertising on TikTok seems inevitable.

Already, Vrbo, Expedia Group’s alternative accommodation subsidiary, is experimenting with how to integrate TikTok into its marketing efforts. The vacation rental site launched a custom TikTok hashtag challenge tied into its Super Bowl TV spot that drove three billion views in a week.

So let’s get this straight: in order to convince shoppers to click directly to Vrbo, it produced a Super Bowl TV advertisement. But then to maximize the financial return of this expensive spot — 30-second ads reportedly went above $6.5 million this year — it turned to TikTok to deepen the campaign’s reach. And all of this to avoid paying for clicks on Google’s top blue links! What a tangled web we weave. But in this game even a few percentage point shift in marketing returns can drive billions of dollars of travel bookings.

Not every new “it” social media platform has legs. TikTok faces plenty of challenges but the potential is there. For its ability to attract new audiences, to go viral without an established account, and to diversify ad spending, TikTok is beginning to chip away at Google’s dominance in travel.