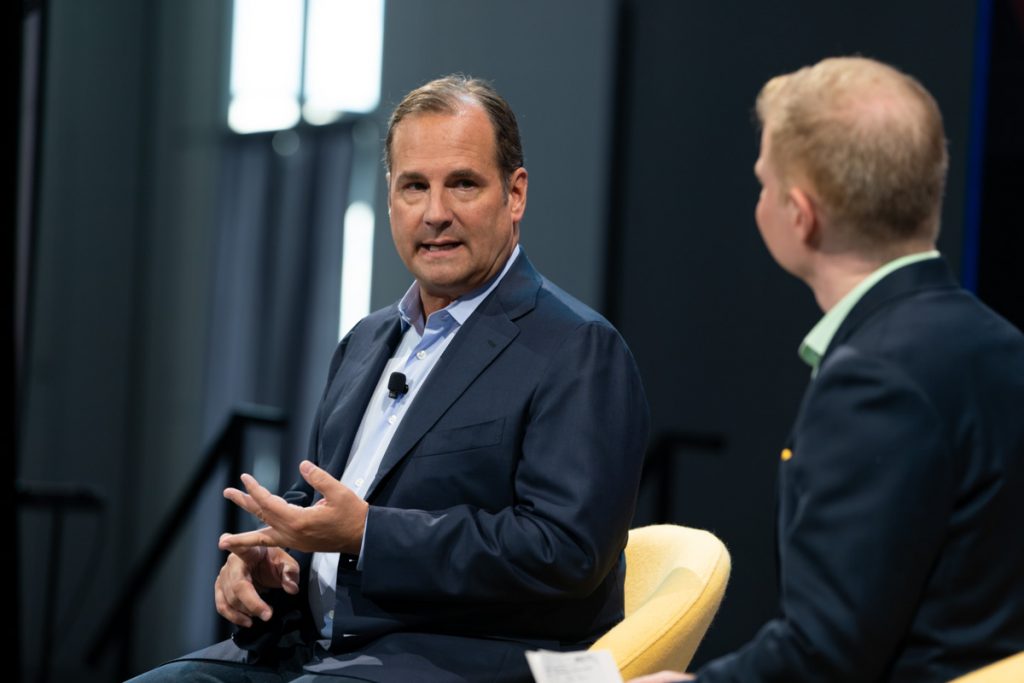 Anthony Capuano, CEO of Marriott International, will not be surprised if a big merger or acquisition shakes up the hotel industry, but it most likely won't involve his brand.

Mergers and acquisitions have become particularly attractive for companies in dozens of industries post-pandemic, but not for Marriott International CEO Anthony Capuano.

“We don’t feel a burning need to do a (merger and acquisition) deal just for the sake of growth,” said Capuano in discussion with Senior Hospitality Editor Sean O’Neill at Skift Global Forum on Tuesday.

Attendees polled at the Skift Global Forum were almost evenly split when asked if they think two of the big six hotel groups — Accor, IHG, Marriott, Hilton, Jin Jiang, Wyndham, and Choice — will merge in the next two years. While Capuano said he wouldn’t be surprised to see consolidation among smaller companies hit hard by the pandemic, he described mergers as “damn hard.” Marriott acquired Starwood Hotels & Resorts Worldwide in 2016 in a complicated $13.6 billion deal that involved roughly 5,700 properties and 30 brands — and lots of adjustments to be made after, particularly merging loyalty programs.

But Marriott has entered into a partnership with hotelier Ian Schrager, with whom the hotel giant is opening the Tampa EDITION, the first five-star hotel in the Florida city. Capuano shot down a report that Schrager was hesitant about the partnership.

“I talked to him this morning, and I can give you a lot of adjectives, but wishy-washy would not be one of them,” said Capuano.

“I have worked with Ian now for 12 or 13 years, and I have such deep admiration for not only his creativity but his passion. He loves to create. He loves this brand. We did not renew our exclusivity with him, but we have 15 active projects.”

However, it’s unlikely Marriott would consider a marketing partnership with another company.

“We all want to own that relationship with the guest. There is a moat that protects the ownership of the stay, and we are hesitant to let someone else participate in that,” said Capuano.