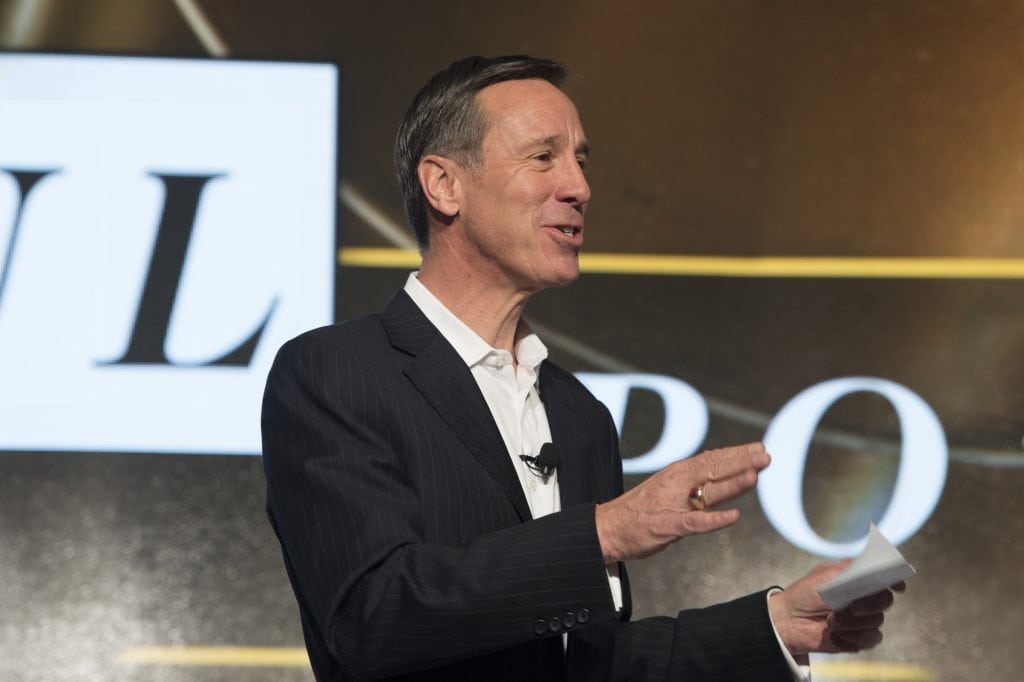 Can Marriott hold onto hotel owners and SPG elites? That was the underlying question on many analysts' minds during Marriott's second quarter earnings call. After all, the bigger you are, the harder you have to fall, right? But the world's largest hotel company, not surprisingly, doesn't see things that way.

Two years after Marriott’s $13.3 billion purchase of Starwood Hotels & Resorts, the work of integrating the acquisition is still proving to be a challenge, and still raising concerns among investors and analysts.

After seeing Marriott’s second quarter results Monday night, investors and analysts  were most concerned with net unit growth — the number of hotels being added to and subtracted from the Marriott portfolio — as well as with recent reports from various hotel owners and real estate investment trusts expressing some displeasure with Marriott-branded hotel performance.

Shares were off 4 percent on Tuesday.

In compiling its guidance for the year, Marriott reduced its outlook for net unit growth to 5 percent for the full year 2018, with gross room additions being 7 percent. Following the first quarter, Marriott had given an outlook within the range of 5.5 to 6 percent. That reduction — just 0.5 to 1 percent shy of previous estimates — raised some concerns.

Speaking to investors on Tuesday, Marriott CEO Arne Sorenson said that the company saw a “higher level of deletions this quarter than we did [in the first quarter]” and adjusted its outlook accordingly.

But the removal of those hotels from the Marriott system, he said, were more about Marriott bring more aggressive about ensuring the product quality of its brands, in addition to the loss of some hotels because of hurricane-related damage.

“I think this is a mix of pushing product quality issues,” Sorenson explained. “I think it is a mix, to some extent, of dealing with some unresolved legacy workout issues that were within the Starwood portfolio when we closed the transaction. Some of those deals have not been resolved, and we’re working our way through them toward resolution.”

Quality issues plague nearly all major hotel companies, and culling problematic hotels from their respective brands is an ongoing process. And for Marriott, the Starwood deal not only added a number of marquee hotels to its portfolio but also a number of hotels that likely should have been removed from Starwood’s portfolio even prior to the merger. This was especially the case with Starwood’s Sheraton brand, as Skift reported previously.

This 2 percent culling of hotels, is not, however, a new normal for Marriott, Sorenson emphasized. “And hopefully, we’ll get back more to the 1 percent to 1.5 percent kind of deletion range that we talked about the last couple of years for the years to come,” he noted.

On the flip side, there’s also the fact that Marriott has a very healthy pipeline of new hotels on the way.

“We continue to have the largest pipeline of rooms under development in the world, including more luxury and upper-upscale rooms than our next three competitors combined,” Sorenson noted in his prepared remarks. The company opened 23,000 rooms in the second quarter and has 213,000 rooms currently under construction, with 40,000 rooms signed or approved.

Another cause for potential concern among investors were recent comments made by two hotel real estate investment trusts during their respective second quarter conference calls with investors as reported in the Washington Business Journal.

Both Pebblebrook Hotel Trust and Diamondrock Hospitality Company said that integration issues associated with transitioning to a new salesforce system disrupted some of their Marriott hotels’ ability to sell to meeting and event groups in the past year. The affected hotels, Pebblebrook and Diamondrock noted, were former Starwood hotels.

Sorenson addressed the comments, essentially saying that “each hotel is going to have a different story” but that these examples are not necessarily representative of the overall impact that the Starwood-Marriott integration is having.

He added that for one of the hotels mentioned as having soft second quarter performance, but that Sorenson did not want to name, also “had weak group bookings on the weeks well before Marriott acquired Starwood for these periods in 2016. And in fact, in the second quarter of 2018, that hotel had an increase in bookings for future periods of 38 percent compared to prior times. And that’s the first quarter when they had the new integrated sales force working for it.”

Sorenson, however, was careful not to minimize what those owners had reported. “We’re not saying for a second that there couldn’t be circumstances in which there has been staffing implications to the integration that’s been done and there have been distractions or there have been other issues, but what we see generally across the system is not an integration impact to the performance that we’ve had but just the reverse, a remarkable strength in the midst of all the change which is underway.”

And looking at Marriott’s overall global portfolio, legacy Starwood managed hotels in North America that cater to groups only make up approximately 4.7 percent of all of Marriott’s nearly 1.3 million rooms worldwide, noted Baird senior research analyst Michael Bellisario in an investors note. Because of that, he said there was “relatively small potential impact of any integration-related weakness on the group front, in our opinion” and that the disruption referenced by owners mirrored what some Marriott hotel owners experienced back in 2011 when it also initiated a sales force realignment.

“The sales realignment then caused some short-term pain for owners but never materially impacted Marriott’s financial results, which is how we expect the current situation to play out,” Bellisario wrote.

Another unhappy hotel owner making headlines recently was Al Habtoor CEO Mohammed Al-Habtoor. Last week, it was announced that three of his hotels would change from Marriott-branded properties to Hilton ones, including becoming part of Hilton’s resuscitated LXR Hotels & Resorts luxury soft brand.

When asked if the loss of the Dubai hotels impacted Marriott’s net unit growth outlook, Sorenson said the Dubai hotels would be reflected in third quarter results and he added, “The only last thing I’d say, I think, and I don’t want to be Pollyanna-ish about this but when you look at something like what happened in Dubai, we are confident that each of the three brands we have represented there will be replaced with product we can be very proud of in that market in the fairly near term.”

Marriott has been making many concerted efforts in the past year to make owning a Marriott hotel more profitable, from tightening cancellation policies and reducing the commissions that hotel owners have to pay to third-party meeting planners.

In his prepared remarks, Sorenson also noted that in 2019, Marriott is going to launch “a program services fee to bundle above-property charges, including reservations, sales and marketing, revenue management and mobile guest services” in an effort to make it “simpler, more flexible and more predictable for owners,” as well as “further reduce costs to most of our hotels.”

What About SPG Elites?

August 18 is the big day when all thee of Marriott’s existing loyalty programs — Marriott Rewards, Starwood Preferred Guest (SPG), and Ritz-Carlton Rewards — become a single unified program, and while most loyalty experts believe the combined program does a good job of taking the best of both SPG and Marriott Rewards, there have been some reports that SPG elites are unhappy with it.

When asked about SPG elite member discontent, Sorenson said, “While it would be too much to say that every single Marriott Rewards or SPG member has stood up and applauded, I think what we’ve heard from the bulk of that community is, ‘You’ve made a collection of decisions that caused us to feel very good about that program.'”

Those decisions included adding benefits like late checkout, offering an immediate 3-to-1 points conversion as soon as the deal closed, and working on the loyalty program’s credit card partnerships with Chase and American Express.

When asked about the value of these elite or frequent travelers bring to Marriott, Sorenson said that offering them benefits such as an Ambassador program, or personal concierge service, is definitely worthwhile for the company.

“We love those elite folks and the Ambassador program we’ve expanded into the Marriott side of the equation, too, because we think it is exactly the right kind of step for these most valuable customers,” Sorenson said.

In his prepared opening statement. Sorenson said, “Loyalty programs make lodging demand sticky,” noting that last year, the 477 luxury hotels in Marriott’s portfolio — which only account for 9 percent of Marriott’s total hotel count — saw 17 percent of all loyalty point redemptions. He also noted that the Marriott Moments platform, a marketplace of experiences for both loyalty members and non-members alike, saw its second-quarter revenue nearly triple the first quarter.

He also suggested that discounted loyalty member room rates have helped spur direct bookings. Last year, Marriott saw two-thirds of its transient business booked on its direct channels, more than half of which were booking on Marriott’s websites or apps.

The Second Quarter By the Numbers

Despite the reduction in net unit growth outlook, Marriott had a relatively good second quarter. The company’s revenue per available room (RevPAR) was in line with its peers at 3.8 percent. Hyatt and Hilton, for example, reported RevPAR rates that were up 4 percent for the second quarter.

Marriott’s net income for the second quarter was $610 million, a 25 percent increase from last year.

Shares of Marriott stock, however, were down by approximately 4 percent in trading Tuesday because of reaction to its quarterly revenue, which fell short of expectations. Total revenues for the second quarter were approximately $5.4 billion, an increase of only 3 percent from the same period last year. Analyst expectations were for revenues to be closer to $5.8 billion.