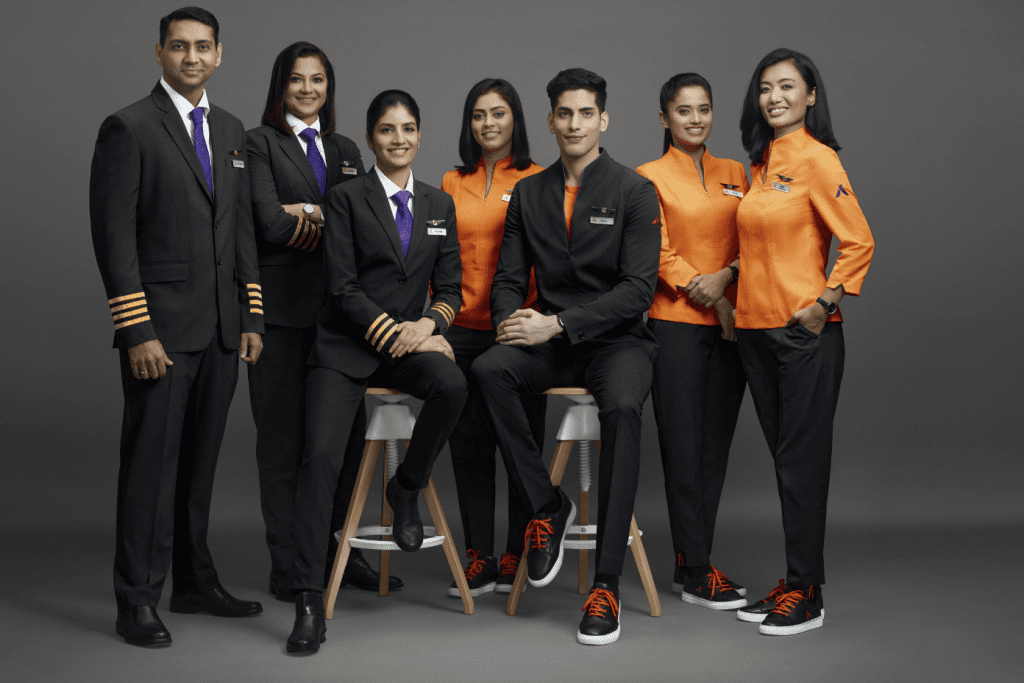 No matter how big the Indian aviation pie may be, a new carrier, especially one whose crew wears sneakers, entering the market, will definitely shake things up as airlines compete more aggressively to tap first-time fliers.

Vinay Dube, founder and CEO of soon-to-be-launched Indian low-cost carrier — Akasa Air, has lost count of the number of times people had tried to discourage him from starting an airline.

Dube, who began his career with American Airlines and later on went to work for Delta, contemplated starting an airline in the midst of the Covid pandemic, at a time when capacity deployment for most carriers in India was down 67 percent.

Two years later, with just a few weeks left for the first Akasa flight to take off, Dube is glad that he didn’t pay heed to naysayers.

Akasa’s launch is planned for the end of July. The airline will be conducting its proving flights in the first week of July to obtain the air operator’s certificate required for its commercial launch.

“I’d like to credit the India that we’re living in for allowing a professional like me to not just dream about starting a highly capital-intensive and highly regulated business, but hopefully, in a couple of weeks, launch it and get going,” Dube said while talking to Skift.

In a country of 1.3 billion where only two to three percent of the population travels by air, there are indeed opportunities galore for airlines keen to tap into the market.

A significant percentage of the Indian population hasn’t yet explored air travel and to encourage that lot we want to have a competitive cost structure, said Dube.

“Part of the reason we exist as Akasa is to continue to democratize air travel in India, to take forward that, which airlines before us had helped establish. The growth of an economy needs to be backed by strong and stable transportation links.”

Where Will Akasa Fly?

Akasa will initially operate with two aircraft when it launches in July and by the end of the fiscal year, the airline plans to take this number up to 18. “In another five years, by the end of March 2027, the aircraft tally will go up to 72,” said Dube.

While the airline will be connecting Indian metropolitan (metro) cities, it would not be heavily engaged in metro-to-metro connectivity.

“Our forte will be flying from the metropolitan cities to tier two and tier three cities. For instance, we would be offering flights from Bengaluru to Coimbatore, Mumbai to Ahmedabad, Delhi to Srinagar and Chandigarh,” Dube said.

Akasa plans to focus on domestic connections till the first half of next year. After which, it plans to up its fleet by 20 aircraft to fly international. The minimum fleet requirement in India for carriers to fly overseas is 20 aircraft.

With the Boeing 737 Max in its fleet, the international routes that Akasa would be looking to explore include Middle East, tips of Eastern Africa, Southeast Asia, Nepal, Sri Lanka and Bangladesh.

“The Boeing 737 Max has very good range in its class and we’re pretty pleased with that,” Dube remarked.

A strong believer in the India Inc story, the Akasa chief is unfazed about competition coming his way, be it Indigo, the three airlines owned and backed by Tata — Air India, Vistara and AirAsia India, or the airlines that had been previously helmed by Dube himself — Jet Airways and Go First (previously known as GoAir).

“The India Inc story leads to a rapid growth in air traffic. A new player coming in doesn’t have to worry about stealing market share from the others. It’s a pie that continues to grow and there’s enough for all.”

He’s also excited that with India projected to get 1000 more narrow-bodied aircraft in the next 10-20 years, there would be plenty of room for everyone to grow. “With 1,000 coming, why can’t we or some other carrier have a couple of 100 aircraft?”

Having said that, he did acknowledge that aviation in India is a highly competitive market. And more so when the Akasa launch is expected to be followed by the relaunch of another airline in India – Jet 2.0 – the proverbial phoenix of Indian aviation that is all set to rise after shutting down operations in April 2019.

Letting us in on Akasa’s game plan, Dube noted that the three mantras for the airline would be getting a competitive cost structure, paying attention to customer experience, and driving an employee-centric culture. “Getting this correct requires a lot of inward focus.”

A highly competitive cost structure for the long term demands hard work, said Dube, as he acknowledged, “Aviation is a game of pennies.”

Underling the importance of creating an employee-centric culture, he admitted that employees serving on the ground are the airline’s eyes and ears.

“Rather than someone sitting in an ivory tower, our employees on the ground would know more about what’s working and what’s not from a customer service and an operational reliability perspective.”

The Akasa CEO surely has his work cut out for him. The airline also aspires to not just be India’s, but the world’s most environmentally-progressive airline.

While relying on other parties and policy makers in the aviation ecosystem, Akasa is also keen to play its part in the sustainability space. “We can look to get systems that reduce hold times or create more direct routings or have a continuous descent approach, which takes less fuel, instead of a step descent approach,” Dube said.

On Monday, the airline unveiled the first look of its crew uniform inspired by the company’s core beliefs of employee centricity and sustainability.

The trousers and jackets have been made using recycled polyester fabric from pet bottle plastic salvaged from marine waste.

Akasa has also introduced functional custom trousers, jackets, and comfortable sneakers for its in-flight crew, very similar to what Iceland’s newest low-cost carrier, Play had unveiled for its crew.

As it counts down to its launch Akasa seems to be keen on making all the right noises before the engines begin to whirr.

Photo credit: Akasa Air will be conducting its proving flights in the first week of July to obtain the air operator's certificate. Akasa Air.