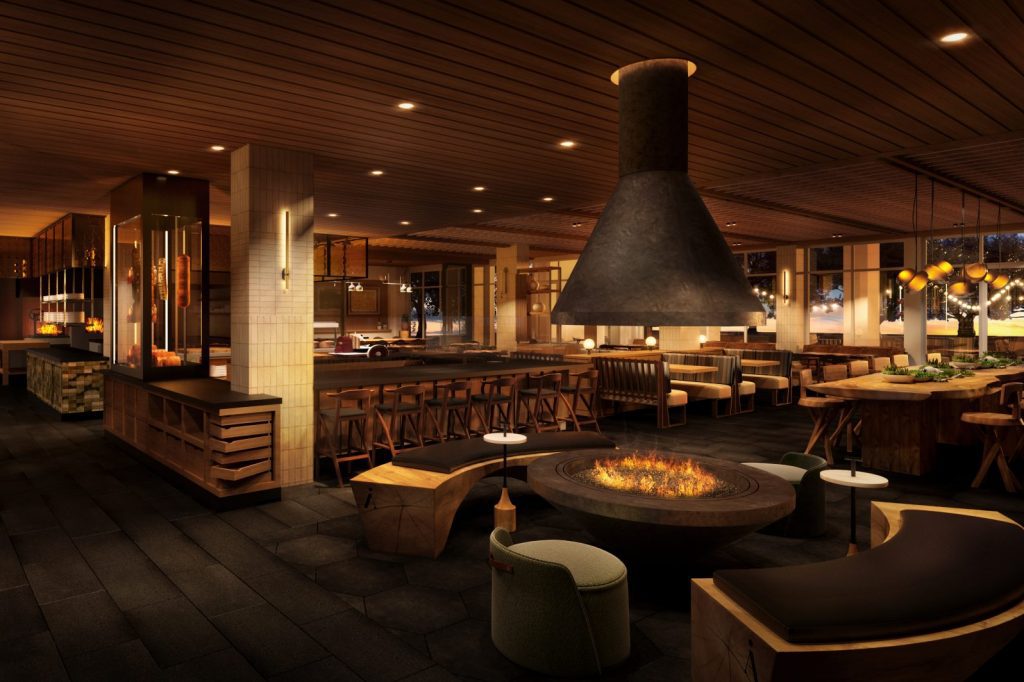 It’s been 10 years since Nobu hotels launched, and the hospitality landscape is primed for another chef-owned brand to offer immersive culinary – and cultural – experiences.

It was there the two first collaborated and the seed was planted to someday launch a luxury “culinary-first” hotel brand. But the idea took almost two decades to grow into Appellation, the concept they shared in a trade-exclusive launch interview with Skift. The first three locations set to open soon  — unspoiled swaths in Sun Valley, Idaho and Healdsburg (2023), and Pacific Grove, California (2024) — couldn’t be further than the glitz of the City of Sin.

“Of all places that aren’t Appellation-like, it’s Vegas,” said Palmer, laughing. Meaning “to give name to a place,” the term “appellation” is most commonly used as a geographic distinction to identify where grapes and other types of food are grown or raised. Guests of Palmer and Hunsberger will be able to immerse themselves in the rolling hills of wine country not only via sight or taste, but by connecting with communities of vintners and farmers, for instance.

“Appellations were created as a promise of authenticity — an earned designation that could exist nowhere else but here. The first appellations centered on food, just as we do today. That name felt appropriate as we create what we saw lacking for today’s luxury traveler — hotels specifically built around a destination’s distinct culinary experiences,” said Palmer, who serves as the brand’s chief executive officer.

This is not the first foray into hoteling for either he or chief operating officer Hunsberger. Palmer consults on 15 highly profitable hotel food and beverage (F&B) outlets averaging 1.25 million so-called covers per year, or the number of customers served, through Charlie Palmer Collective; he’s also invested in a handful of hotels. Hunsberger spent more than 30 years with Four Seasons, serving in many positions including president of the Americas, and global head of product. Appellation is, however, what Palmer calls “the ultimate concept.”

“We’re flipping the traditional ‘hotel first, restaurant second’ notion on its head and setting a new standard for immersion in local culture and community through food,” added Hunsberger. “With Appellation, the intersection of culinary and hospitality is seamless.”

What that means for guests is a multi-sensory experience both inside and outside. In Healdsburg, for instance, the reception area is more “wine shop meets butcher shop,” describes Palmer. “The counter is a giant butcher block, surrounded by walls of wine bottles. So right from the onset, you’re getting that exposure that you’ve ‘arrived.’ The restaurant is right off of reception. And you’re seeing an open kitchen right away.”

Guest corridors will feature pantries filled with products unique to each Appellation location, along with cookbook libraries featuring Palmer’s tomes; make-your-own craft cocktail kits inside will elevate the concept of an in-room mini bar. Interactive prep stations and “maker spaces” throughout the properties giving chefs and local artisans a chance to showcase their talents and tastes will “make the invisible visible,” the hospitality veterans said. The experience continues all the way into guestrooms, with art reflecting the bounty of local produce and the hands that nurture it, for instance.

That interior immersion comes courtesy of EDG Design, the firm that also oversaw the recent Montage in Sonoma. Outside at Appellation Healdsburg, the grounds need little assistance to provide an instant sense of place. Rolling hills are dotted with arbors, and programming with regional vintners will give guests the opportunity to sip and swirl during live-fire cooking demonstrations. In Pacific Grove, just a few miles from the “Artichoke Capital of the World,” they’ll be able to learn the art of preparing the plant. And in Sun Valley, fly-tying classes await those who want to try their hand at reeling in their supper.

The locations were chosen not only because they are where the hospitality duo loves to spend time in, joked Palmer, but “to meet unaccommodated luxury hotel demand.” In Healdsburg, for instance, restrictions on gatherings at wineries should give Appellation’s events space (which includes a convertible open-kitchen concept) a “huge advantage.” “Wide-open, contiguous spaces” at each location were also a prescient move when it came to meeting the desires of today’s traveler, Palmer said.

Those needs veer more immersive, hands-on, and healing than ever before, said Brooke Jennings, director of public relations at The Lodge at Woodloch in Hawley, Pennsylvania. The spa resort sits on 500 acres of forest, with a farm-to-table garden and an orchard. She’s seen an increased interest in guests “getting their hands dirty” while experiencing the great outdoors, and Woodloch has met the need by expanding programming like hands-on classes with grower/“farmacists.” “We always say ‘let nature nurture’ and part of that right now is a stronger engagement in our surroundings, and the locavore movement, especially.”

An enhanced focus industry-wide on all aspects of wellness positions Appellation well for future development, which is already planned in other locations renowned for mountainous landscapes, food, and wine: San Diego, Santa Barbara, and Paso Robles.