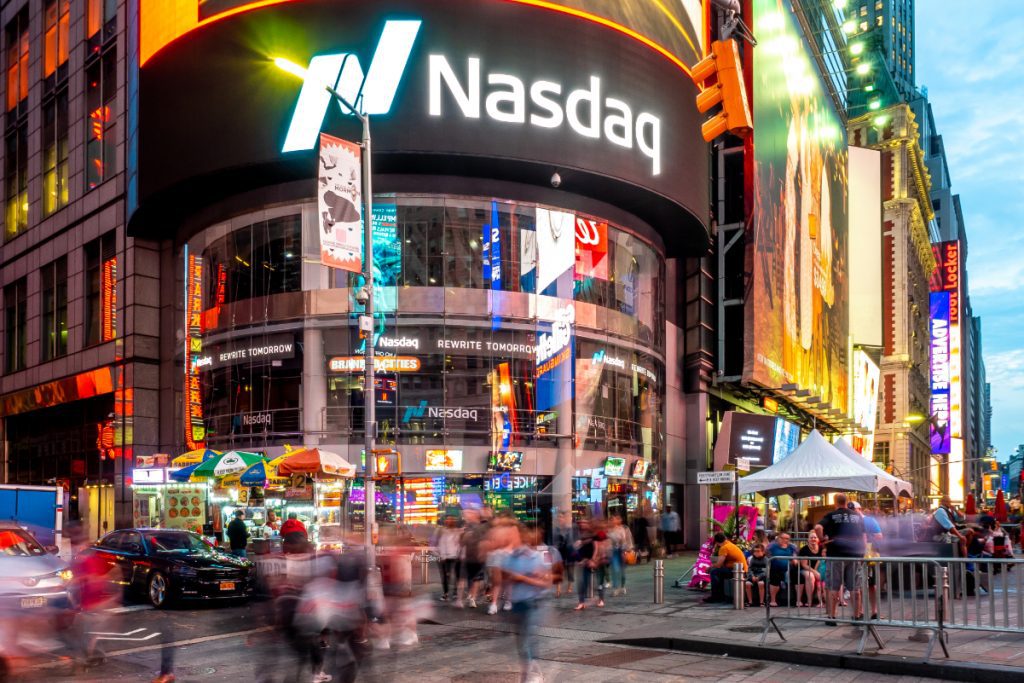 Interest in special-purpose acquisition companies, or SPACs, has fizzled. The sell-off in market silliness could mean that investing in a profitable leisure travel wholesaler like Mondee via a SPAC is no longer a high-risk calculation.

Investors have in recent months knocked 23 percent of value off stocks in the Nasdaq exchange, so it may not seem an opportune time to list a public company on Nasdaq. But Mondee, a travel technology group based in San Mateo, still aspires to list soon on Nasdaq by pursuing a $967 million merger with blank check company Ithax Acquisition Corp.

Mondee — whose specialty has been helping leisure travel agents sell flights via wholesale discounts — touted its profitability and an established record of growth through mergers during an investor presentation on Tuesday at the Deutsche Bank Media, Internet & Telecom Conference in Florida, where it release an updated investor deck, embedded below.

The company said its profitability set it apart from startups that have recently struggled after going public through special-purpose acquisition companies, or SPACs. Dozens of startups have been punished with falling share prices after having failed to meet performance projections.

In 2021 Mondee bounced back. It generated $1.2 million in adjusted earnings on net revenue of more than $90 million.

“We valued this more like a private equity transaction value play,” said Orestes Fintiklis, CEO of the Greece-based Ithax. “It’s not the hyperbole you may have seen in the markets recently.”

Fintiklis said his team valued Mondee based on 2023 estimated performance with two assumptions he considered conservative. One was that leisure travel rebounds to 2019 levels in 2023.

The other assumption was that Mondee’s revenue per transaction would increase from $31 in 2019 to $42.60 by 2023. But Mondee has surprised the team by generating $52 per ticket in 2021, making it easy to meet the revenue estimate of 2023. The company’s sales of custom travel insurance and parametric insurance were one factor that helped to boost its revenue.

Several Travel Businesses in One

Mondee is a holding company with a complex portfolio of brands, such as TripPro, TripPlanet, and Rocketrip. They target audiences that use travel agencies, gig-based travel consultants, and corporate travel managers. It also has a paid subscription-based membership club for travel deals it pitches directly to consumers via Unpub.

A majority of Mondee’s group sales in recent years has been of flights for leisure travel sold via travel agents. It aims to appeal to agencies with more modern technologies for handling reservations and marketing than what they currently use.

It also typically accesses much of its travel supply through a wholesale model. Many airlines and hotels in ordinary times will offer inventory ahead in volume deals with the promise that these “private” deals aren’t resold via online channels and remain exclusive to agencies.

While airlines aren’t discounting much post-pandemic, they are still trying to upsell customers with services, and Mondee has made sure it can offer checked bag fees and other ancillaries that generate incremental margin. It also has what it calls “financial technology,” which is creating products such as trip-related insurance that also can have notable margins.

The company sees an opportunity to convert many people to become home-based agents, using its cloud-based TripPro software to sell travel that it calls the “first travel platform for gig economy workers.”

A few assumptions in Mondee’s pitch deck are eyebrow-raising. It forecasts that the travel agency market will reverse a years-long decline to begin to grow again, with an 11 percent compound annual growth rate between now and 2025.

Really? The figure comes from a strange IBIS report that oddly includes online travel companies like Booking.com as travel agents.

It also assumes that Mondee will get better at cross-selling customers who book flights through its ecosystem on hotels and other products. Hotels only account for 10 percent of Mondee’s bookings today. But many, much-better capitalized technology companies, such as Amadeus, Sabre, and Travelport, let alone consumer brands like Airbnb and Kayak, have struggled for years at cross-selling hotels and other products. It’s a harder sell than it looks.

Mondee’s complexity in trying to appeal to everyone from traditional travel agents, gig workers, large corporations, small businesses, and consumer-direct sales of subscriptions is presented as a virtue by the company’s executives, as a kind of making the most out of the same core resources.

But it may look to some outsiders like trying to do too many things at once and not being able to focus on a couple of customers and their pain points.

Mondee has grown through 14 acquisitions — mainly of consolidators and wholesalers. It plans on more acquisitions, with eight in its sights to execute “in the near term.”

Mondee also sees potential for using the subscription model to boost revenue and profit in the long-term. It plans for all of its products to have “subscription components” by June, with a goal of generating more than $40 million in revenue from subscriptions in 2023. For more context, see Travel Tech Firm Mondee Strikes Subscription Partnership Ahead of Going Public.

Some analysts might highlight the conservative assumptions built into the valuation for this proposed merger of Mondee with the blank check company Ithaka. The upside could appear more likely to be higher than the downside, assuming public statements have been honest and accurate.

Below is Mondee’s March 2022 pitch deck.