Ukraine Tourism to the Travel Industry: Scream You’re Against the War 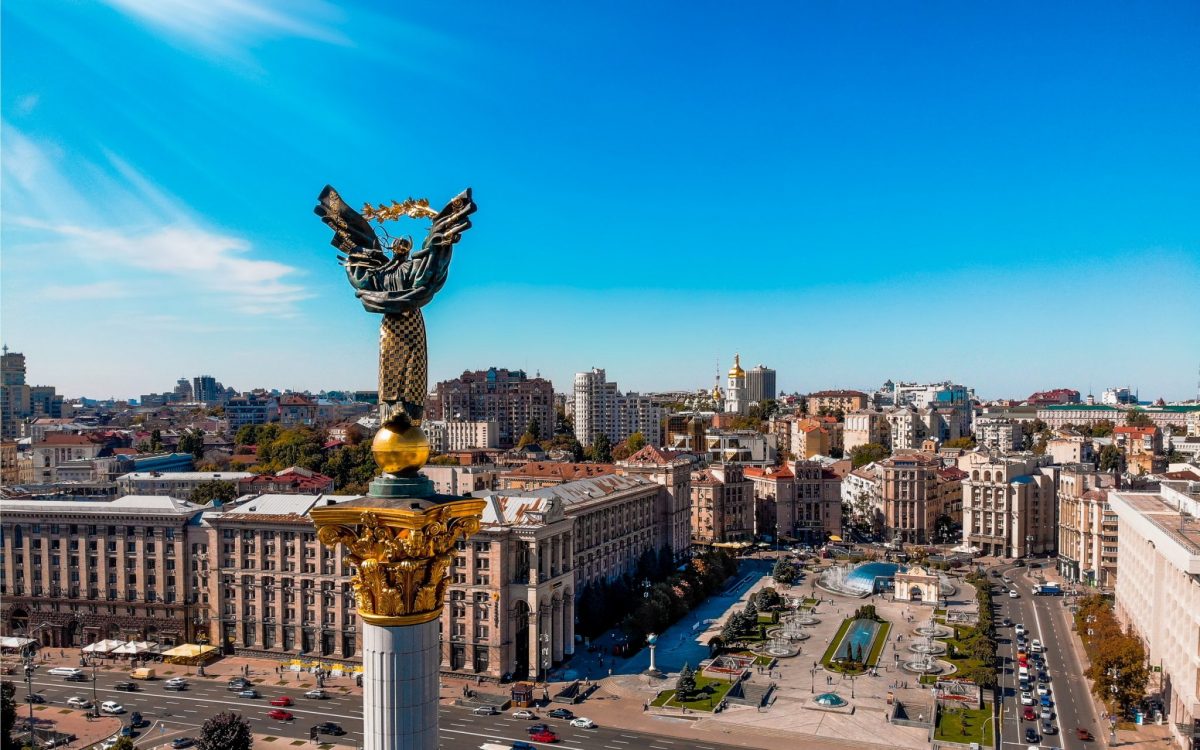 Speak up against the war and stop doing business with Russia as many firms already have. That's the message that Ivan Liptuga, president of the National Tourism Organization of Ukraine, has for the travel industry.

Exactly one month ago, a message was spreading online inviting travelers to “Keep Calm and Visit Ukraine” amid heightened tensions with Russia. When Skift dug into the source of the campaign, it was Ivan Liptuga — president of the National Tourism Organization of Ukraine — who confirmed his group was not behind what he called an irresponsible message.

But even then the threat of an unprovoked war and attack from Russia didn’t seem real to him or to his fellow Ukrainians.

“Your words were right — Ukraine, until the last moment, didn’t believe in risks,” Liptuga told Skift on Wednesday, speaking from his home in Odessa in the south of Ukraine. He said the current situation on his side, for now, was better than other cities in the north, including Kyiv where his tourism board office is located.

“This really reflects what happened in Ukraine just a week ago. Nobody believed, including the president, including the government and all people, all my family, we didn’t, we didn’t believe in it.”

The National Tourism Organization leader said that he still tries to think about tourism which is not possible anymore in Ukraine, while sharing his views on the United Nations World Tourism Organization’s upcoming executive council meeting to consider requests to suspend Russia’s membership, how the tourism industry can help, and how uncertain the future remains for Ukraine and the rest of the world.

Skift: Ukraine National Tourism Organization worked as a non-profit that was helping to set up local and regional tourism boards in the country. How are your colleagues doing at the various tourism offices?

Ivan Liptuga: Now all are busy with helping our Territorial Defense Unions. Nobody was prepared for this and people until the last moment didn’t believe it was possible in general. Nobody could even imagine this because we were always like brother countries and we thought that yes, political games and we understood all this, but nobody expected the war.

So now all the people not only from our industry are doing everything they can — they see military they feed them, or just ordinary people who took guns and went out on the streets to fight with tanks.

Some of our colleagues are helping people to leave Ukraine because we have already four million people who left. And a lot of people are going to western Ukraine, and then go to neighboring countries to Poland to Romania to Moldova.

Skift: The UNWTO is holding an emergency executive council meeting next week to decide whether to suspend Russia’s membership and participation in the organization. What are your thoughts on that — will suspension of Russia’s membership have an effect?

Liptuga: Now everything has an effect. All big corporations and companies already blocked activities in Russia and what we try here on the information war, we try as much as possible to involve different sectors to block any relations with Russian companies and Russian citizens.

Because the problem is that in Russia, inside, the propaganda was so strong and continues to be so strong that people support the government. And even now, they just don’t understand what’s really happening because they tell them that they are demilitarizing and saving Russian people here in Ukraine. And can you imagine such a huge country believing this?

It’s only now slowly when all banks are blocked, and different companies, they slowly start to understand what exactly is happening because now all big companies stop any relations with Russia.

I’m not sure that UNWTO will reach this, because still some countries continue to support Russia or stay neutral. But all European states and Northern American States and Japan and Australia are fully on our side.

So, of course, it will be another push, but I’m not sure that the UNWTO has the independence to take such decisions.

Skift: What’s now happened to the tourism business relationships between Ukraine and Russia?

Liptuga: In the recent eight years, we didn’t have any official relations, of course. But Russia is the biggest neighbor for Ukraine, was always our biggest market for all sectors, not only for tourism. Many companies and many families have relatives and partners and friends on both sides. And it was a big strategy starting from 2014 when they annexed Crimea and started this conflict on the east of Ukraine. And year by year, relations were worse and worse, of course. But we still had Russians in the top five countries visiting Ukraine.

Before 2014, Russia was always number one. For example, in our city, Odessa, we had about 90% of Russians visiting us. Top five countries for Ukraine was always Moldova, Belarus, Russia, Poland and Romania. And it’s about 13.5 million foreigners visiting us.

Before 2014, it was about 11 million Russian visiting Ukraine annually. After 2014 it was about two million. So it’s a decrease, of course, but still.

Skift: How else can the tourism industry support Ukraine and support you?

Liptuga: A sector like airlines for example, may block any relations with tour operators for outgoing and inbound Russia, both directions. Like many other companies do now — automotive companies stopped production and distribution, IT companies, etc. The tourism sector of course has minimal influence but still it’s on a human level  — because Russians like to travel, especially those who have money.

Now of course, for them it’s almost impossible because 37 countries blocked their airspace to them, and Visa and MasterCard stopped contracts with Russian banks. The tourism sector should support this. And to scream to be against the war because it’s unbelievable in the 21st century with this wild, brazen war like the Middle Ages.

You cannot even imagine what they are doing in the cities. Today in Kharkiv, the closest Russian border city on the northeast of Ukraine, which was always Russian speaking, Russian culture city, it was always very pro Russian I would say with this population — and they just bombed it.

Of course this will hit the tourism sector for many years from now, and nobody knows when the war will be finished or how it will look.