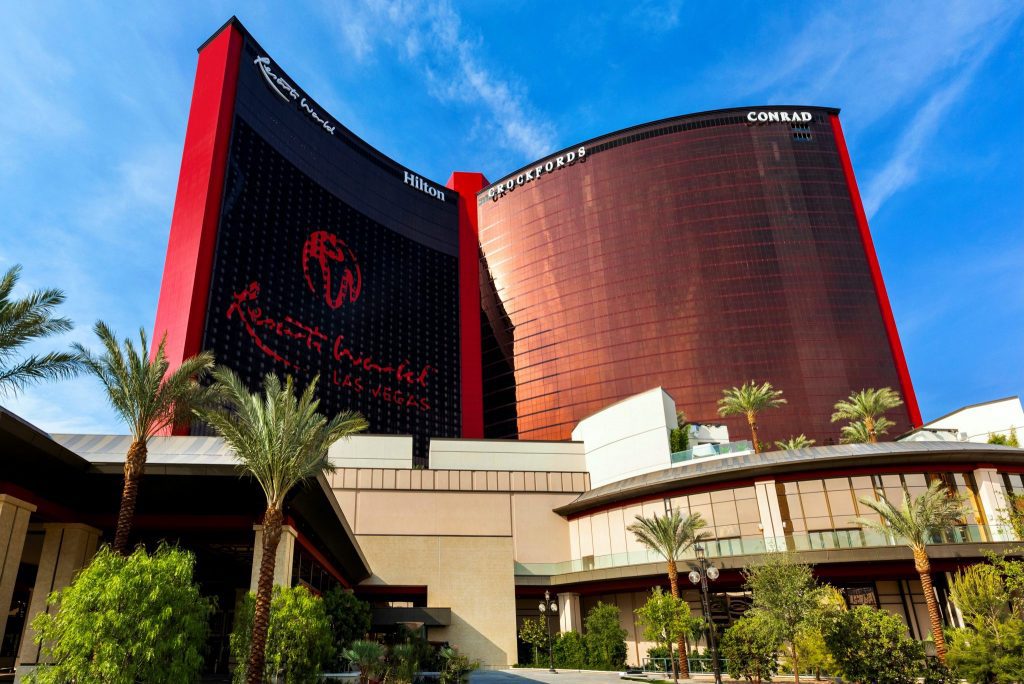 Leisure may lead the way for now, but Hilton is banking on business travel reviving in a matter of months. Without more people getting vaccinated, variants of the virus can quickly turn informed predictions into blind optimism.

Hilton swung to a $128 million profit in the second quarter, the company’s first profitable quarter since the start of the pandemic. The company is riding high on a massive wave of leisure travel demand and high-profile openings like three hotels across the new Resorts World complex in Las Vegas. But Hilton is also bullish on the return of business travel over the next few months.

The contagious Delta variant, now the leading cause of new coronavirus cases around the world, isn’t much of a factor in Hilton’s growth projections.

“We know there are risks out there. We’re not oblivious to that,” Hilton CEO Christopher Nassetta said. “We think those are all reasonably manageable.”

Despite the rise in cases across the U.S. in recent weeks, Hilton’s top executive is bullish on the idea there is pent-up business travel demand waiting to spring forward this fall. Nassetta also indicated he sees business transient travel returning before group travel.

“When you get into the fall, people are going to be traveling,” Nassetta said of business travel demand. “There’s pent-up demand of things they’ve been needing to do. And then there’s just demand for folks to be able to run their businesses.”

The rosy outlook isn’t just blind optimism. Hilton’s latest system-wide occupancy in the U.S. was 74 percent, which shows some business travel is already back. Even if major companies like Google and Lyft delayed their return to the office — and presumably the corporate travel that goes with it — smaller businesses don’t always have that luxury.

“After Labor Day, I do believe — you know, I’m not a health expert, but I’m talking to a lot of them —we will have powered through the Delta thing, if you look at the statistics, on hospitalizations and the like, they’re really not terrible,” he added before highlighting the falling case count in the UK after its own recent surge: “If you look at what’s happened in the UK, and we’re sort of three or four weeks behind them, the patterns there right now are quite good.”

Hilton’s profitable quarter is the latest sign the global hotel industry hit a turning point in its recovery over the last three months.

Wyndham, which showed occasional profitability during the pandemic thanks to its extensive drive-to and leisure hotel portfolio, reported a $68 million second quarter profit this week. Accor, which lost roughly $2 billion last year, even eked out a nearly $80 million profit.

The Accor and Hilton profits are notable, as both companies are more global brands with properties in major cities that have been hit harder financially from the pandemic than leisure destinations. Their push into the black is one of the more optimistic signs of the hotel industry’s recovery.

Nassetta noted mid-week occupancy rates across Hilton’s U.S. system grew by 10 to 20 percent following Memorial Day. While second quarter revenue per available room — the hotel industry’s key performance metric — was still 36 percent off 2019 levels, it was up 17 percent from the first three months of this year.

Current demand levels and future bookings are enough to make Nassetta revise an earlier prediction that U.S. and global demand levels for Hilton properties would hit 70 percent of 2019 levels by year’s end. He now thinks it could be as much as 80 percent.

“Things have been coming back more quickly than we would have thought,” he added.

Hilton leaders still have a major headwind beyond the threat of new variants of the virus.

“Labor shortage is a real issue and probably the single biggest single issue we’re dealing with,” Nassetta said. “It is definitely not just for Hilton but all service industries and manufacturing and a lot of your supply chain issues that you’re reading about every day — all of this is sort of interconnected to not having enough labor.”

Getting the pandemic behind the industry is key to solving the crisis, as Nassetta chalks up much of the problem to a mix of health concerns, lack of childcare, and extra unemployment benefits set to expire in the U.S. in early September. He made no mention of workers leaving for other industries that typically pay more like retail — a factor economists point to for the labor crunch rather than government assistance.

Nassetta said he sees the labor shortage problem solving itself in coming quarters once children are back in school, the added benefits expire, and variants subside. But he also doubled down on claims — without providing many details — from prior investor calls the company was exploring ways to essentially do more with less labor at some hotels, an indication smaller staff counts may be a longer-term issue.

“When it all gets flushed through and we’re on the other side of this and through the stresses and strains on the labor issues we’re talking about, I think we have developed a plan to have higher margin businesses across all the major brands,” Nassetta said. “As the old adage goes, this too shall pass.”

Photo credit: Hilton rode leisure demand into its first profit since the start of the pandemic. Hilton/Resorts World Las Vegas