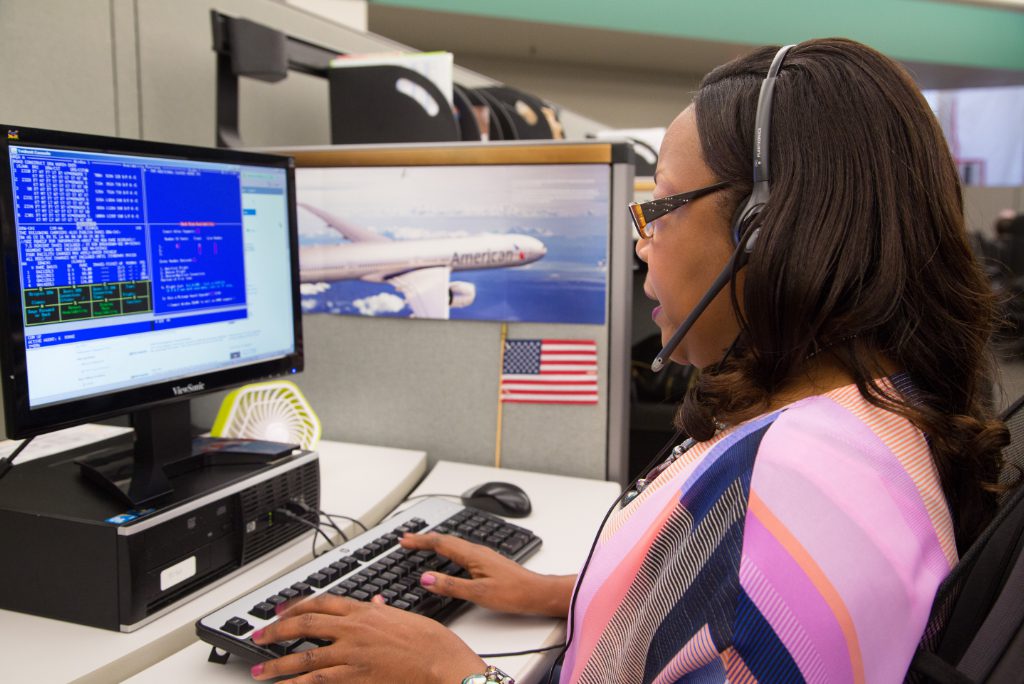 Skift Take
The American versus Sabre lawsuit touches on bigger questions of how to fairly display ticket prices to agencies and consumers. Most tech providers and regulators must face these questions as airlines unbundle and repackage more airfares and upsells.
— Sean O'Neill
Share
Tweet
Share
Post
Send

Sabre raised the rhetorical volume when it responded on Friday to American Airlines’s recently filed lawsuit. The carrier seeks to stop the travel technology company from using a new method of displaying airfares on its travel agency reservation systems. Sabre called it a “jilted suitor” that’s jealous of Delta getting a deal similar to one it had rejected.

American’s lawsuit alleges that Sabre’s new format for displaying airfares breaches its contract with American by biasing search results in favor of its domestic rival Delta Air Lines. On Friday, Sabre filed in a Texas court its response to American’s allegations, saying the claims are without merit and that it intends to defend against the suit.

“It is apparent from the face of AA’s [American Airlines’] petition that it filed this lawsuit as a knee-jerk reaction to press releases about innovation that AA could not control,” the Sabre filing said. “With a palpable fear of falling further behind, AA has resorted to litigation rather than innovation.”

In its court filing, Sabre said its old interface for travel agencies sorted ticket offers took a schedule-led approach based only on the lowest price. Its new format, called the new airline storefront, “compares attributes besides price.” Screenshot from one version of a demo of Sabre’s New Airline Storefront as of March. The actual version agencies can see today looks different. Skift

“It returns the search results in the same order, but adds more ‘shelves’ with additional information,” the filing said. These “shelves” include items like the number of checked bags allowed given the fare rules with a particular ticket price, for example.

“Thus, the same AA product (basic economy) is displayed as before, but more products are displayed beside it,” the filing said. “This is more transparent.”

Sabre said it offered American Airlines “a similar value-based fee agreement” and that the carrier turned it down.

“Like a jilted suitor, AA complains about favoritism from the Delta fee agreement,” the Sabre filing said. “It is unclear why AA now complains that the deal that is also available to it somehow results in a biased system in favor of Delta.”

American’s suit said that, in its review of a preview of the interface that Sabre provided, the airline “discovered numerous instances of the storefront favoring Delta products over those of American, including displays that omit, hide, or misrepresent certain American products.”

The carrier’s legal document was short on visuals, and the interface is a visual displaying, making the topic hard to grasp. The Cranky Flier blog, in a post sympathetic to American’s position, showed some visuals to help illustrate how sort orders may prompt claims of confusion or unfairness.

The airline said this violates its contract with Sabre, which requires the tech firm to display its content “fairly, neutrally, and accurately.”

American Airlines alleged that Sabre told it that it intended to “pay added incentives to travel agencies who book higher-end tickets on Delta under a new value-based booking fee model.” The carrier alleged this would bias agents from booking its tickets even if the offers were comparable.

Sabre’s filing counters that American Airlines implies that all participating airlines must operate under identical fee structures to avoid rival ‘incentives’ that might bias results. The tech company said that such a dynamic “has never been the case” and “is not what the contract” with American provides.

Sabre said it didn’t “breach any contract.” A press statement on Friday elaborated on the point.

“We believe this lawsuit is wholly without merit and designed with one purpose – to stifle innovation in the travel marketplace to the detriment of consumers,” said Kristin Hays, senior vice president, global communications at Sabre.

“It is clear that AA has little interest in innovating, transforming, or moving the travel industry forward,” Hays said. “To allege that Sabre’s New Airline Storefront favors Delta’s products over AA’s is simply untrue. The real beneficiary of this new innovative approach is the consumer, who now has increased transparency and better comparison shopping as airline offers become increasingly complex.”

“We continue to disagree with Sabre’s unfair and biased practices,” a spokesperson said. “To be clear, American is not opposed to any distribution system that provides improved transparency to consumers, and in fact, that is what we argue is not happening in this case.”

“For years American has been asking Sabre to implement new technologies that are consistent with industry standards and are being used by other global distribution systems,” the airline spokesperson said. “To date, Sabre has failed to implement this new technology, but we remain hopeful they will finally do so and catch up with other distributors.”

A curious detail in Sabre’s response is that the tech company said its new storefront “is used by less than 10 percent” of users of its desktop reservation system. The new system appeared July 1, and agents can access it on request. Some agencies in some markets with few purchases of Delta flights might not have bothered to try it yet. Still, the slow uptake underscores how the travel agency community is often slow to adopt changes, which isn’t usually obvious from the many announcements of innovative new interfaces by all tech providers.

Sabre and its peer distribution tech companies Amadeus and Travelport have historically received various criticisms from airlines with mixed results. Earlier this month, the European Commission said it found nothing illegal about the way two global distribution systems set up their agreements with travel agents and airlines.

Sabre’s filing is below. We updated this article to add American’s response, above.