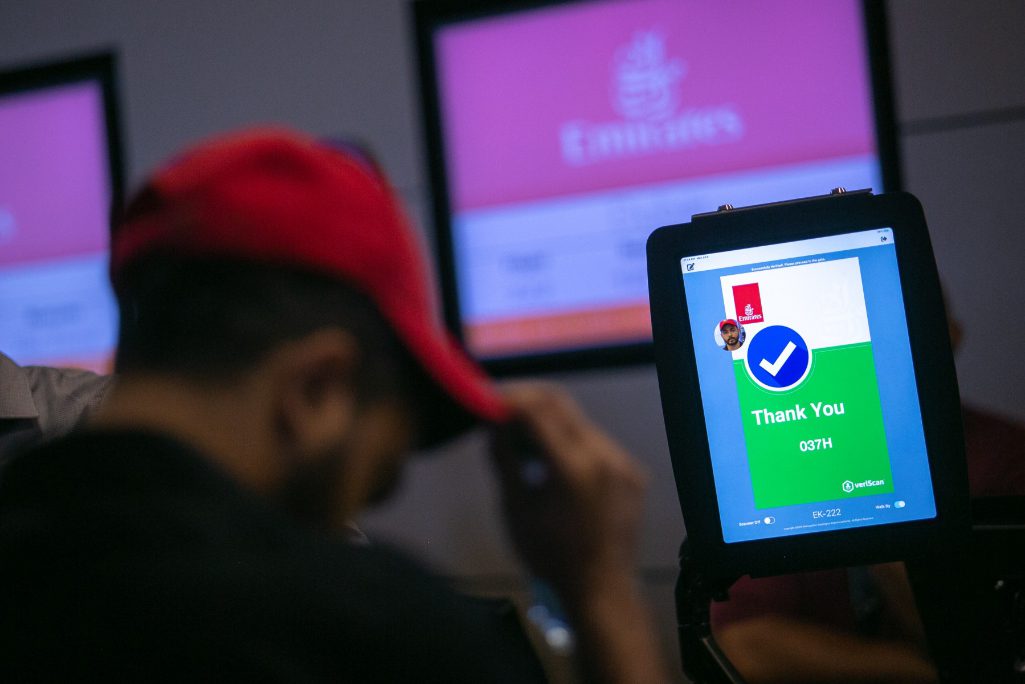 Many airports have pushed through years' worth of digital transformation in months. But are they ready to cope with a rising tide of passenger traffic?

The pandemic pushed many airports to the limit as traffic came to a standstill. But travelers have begun to fly again — at least domestically in many markets. Airports have begun to shift their tech spending from short-term needs, such as contactless tech, to longer-term innovation, such as systems that can pinpoint inefficient operational practices.

For now, the need for health passports and test certificates risks creating bottlenecks when international travel resumes because of the difficulty of processing different documents and certifications.

“Without an automated solution for Covid-19 checks, we can see the potential for significant airport disruptions on the horizon,” said Willie Walsh, Director General of the International Air Transport Association (IATA), in May. “Already, average passenger processing and waiting times have doubled from what they were pre-crisis during peak time—reaching an unacceptable three hours. And that is with many airports deploying pre-crisis level staffing for a small fraction of pre-crisis volumes.”

Breathonix’s 1-minute breathalyzer test is one promising tech solution. It claims to have a good track record at detecting Covid-19 in a person. Singapore’s Changi Airport began testing the device on select passengers in May.

On Wednesday, the Star Alliance announced that members of its frequent-flier program would be able to use their biometric identification as their boarding pass at participating airports, using self-service tech from NEC.

Under this partnership, Star Alliance member carriers will give members of their frequent flyer program the option to use their biometric IDs as their boarding passes at participating airports. The solution can technically work at the more than 460 airports that use tech from the airline run tech organization SITA (Société Internationale de Télécommunications Aéronautiques). But operators have to adapt their processes to put the tech into action.

Some airports had already been ahead of the curve on biometric adoption. DFW [Dallas Fort-Worth] International Airport worked with Emirates Airlines back in 2019 to test one-step biometric boarding on daily flights, cutting out the need for a boarding pass at the departure gate.

Boston Logan International Airport has been trialing since April a “virtual security line,” using tech from the vendor Accesso. Passengers can reserve their spot in security and other lines through their mobile device while physically standing at a social distance from crowds. British Airways began testing in May similar virtual queuing technology from Qmatic. Passengers check-in by pre-booking their slot time to check-in at a customer service desk on selected flights departing from Heathrow Terminal 5.

Even passenger feedback devices are changing in the face of the pandemic. Those kiosks with a set of colored buttons for people to tap their view of a customer service experience at airports are being replaced with touchless, digital versions that use motion sensors instead, thanks to vendors such as HappyOrNot and FeedbackNow.

The big opportunity for airports is to unify their siloed technology systems to find ways to achieve greater efficiencies and enhance services. Clever airport revenue-sourcing tactics are helping. 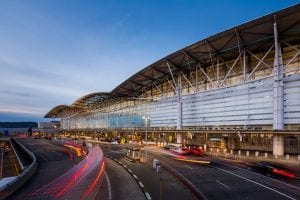 “All of the stakeholders at an airport should be able to get more information as those airports digitize a lot of their physical spaces,” said Ian Law, chief information officer at San Francisco International Airport.

“For example, there are some good IOT [internet of things] technologies, such cameras with computer vision, coming into play to monitor every aspect of an ‘aircraft turn’: baggage on, loading fuel, catering unloading, opening doors, closing a jet bridge, etc. That kind of information will help boost the effectiveness of operations and discover where mistakes are made that have slowed down ‘turn times.'”

“Most airports aren’t there yet because that involves heavy infrastructure implementation,” Law said. “But this crisis has convinced a lot of airports that the time has come to invest.”