Wyndham Returns to Profits on Swelling Domestic Demand in U.S. and China 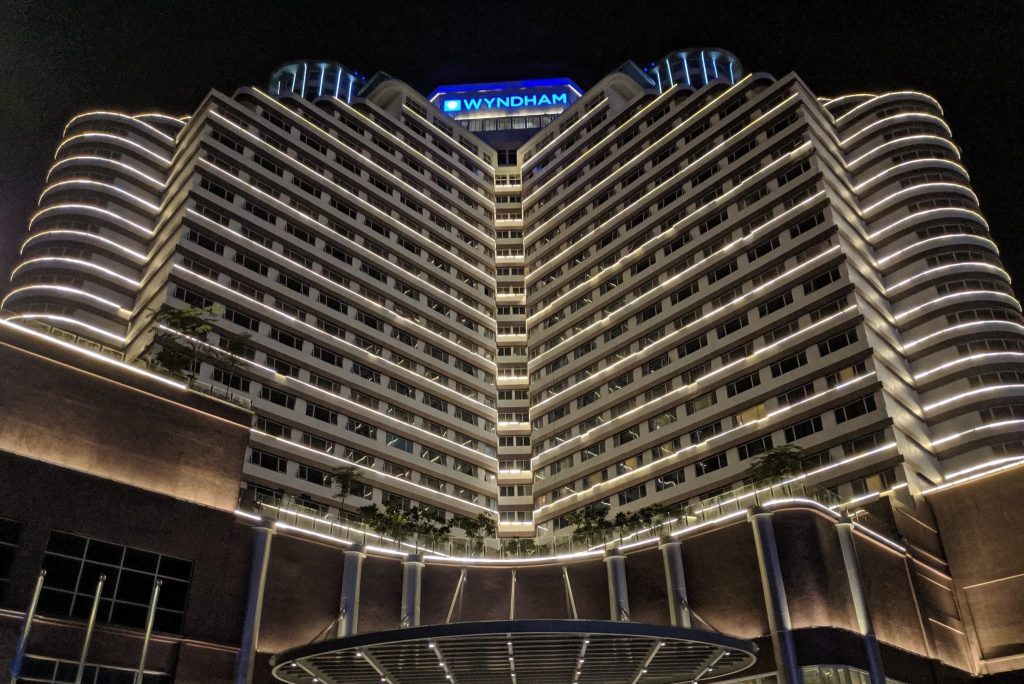 Strong domestic travel demand in two of the world’s largest economies moved Wyndham from the red into the black for the first few months of 2021.

Wyndham reported a $24 million first quarter profit this week, and the profitability centered around the U.S. and China. Occupancy rates surpassed 70 percent in U.S. states like Florida, Arizona, and Utah. Travel spending in China is near pre-pandemic levels, the company reported on an investor call Thursday.

Like most travel companies, Wyndham leaders are encouraged that the momentum will accelerate even further heading into warmer months.

“Consumer confidence is back, hotels are selling out again, and our busy summer season is upon us,” Wyndham CEO Geoff Ballotti said Thursday.

The first quarter gains improve upon last quarter, when Wyndham reported a $7 million loss and $132 million annual loss for 2020 due to the pandemic.

China was already leading the world in terms of recovery due to its tough lockdown measures earlier in the pandemic bringing the virus under control. But accelerated vaccine distribution in the U.S. propelled the country into its own rapid ascent in terms of travel recovery in recent weeks.

Analysts generally give Wyndham high marks in terms of its ability to bounce back from the pandemic due to much of its portfolio focused on leisure or drive-to destinations.

Three-fourths of Wyndham’s U.S. portfolio are in states with average hotel occupancy of at least 50 percent. Wyndham’s economy brands like Super 8 are surpassing 2019 revenue levels while mid-scale brands like La Quinta are within 10 percent of pre-pandemic performance.

Wyndham’s China portfolio is running about 10 percent shy of 2019 occupancy levels. The company also reported daily rates are on the rise in these markets.

“This is exactly what we want to see: our owners pushing rate[s up] when occupancy provides the opportunity,” said Michele Allen, Wyndham’s chief financial officer.

“Our leaders did a great job not only keeping them in place but giving them more resources and more support,” Ballotti said. “For opportunities, you need franchise sales teams in place, and we have those teams in place.”

Even in the early months of the pandemic, Ballotti and Allen signaled they were actively courting owners of existing hotels to take on a Wyndham brand affiliation — a deal known as a conversion.

The growth strategy appears to have paid off. Wyndham’s development pipeline grew slightly to 187,000 rooms in the first quarter. The 62,000-room China portfolio is 20 percent higher than it was a year ago.

It’s still early in the hotel earnings season to make much of a pipeline comparison, but Accor — the only other major hotel company to report so far — had a slight reduction in its global pipeline, contracting by about 1,000 rooms and five hotels in the last three months.

Wyndham leaders see plenty of runway ahead on the conversion front. There are 100,000 independent hotels, and 70,000 of those are in the economy and mid-scale range where Wyndham does a lot of its conversions, Ballotti said. Travelodge and Days Inn are popular conversion brands within the U.S. while Ramada and the namesake Wyndham brand get a lot of interest internationally.

Wyndham isn’t the only hotel company talking conversions and room growth. They all are, and they all tout many of the same benefits: brand familiarity, global distribution, and loyalty programs.

“It’s absolutely competitive, and you hear all of our peers talking about it on each of their calls,” Ballotti said.

While he didn’t offer up much in terms of how the company competes head-to-head with other companies — Choice Hotels, owner of brands like Comfort and Cambria, is widely seen across the industry as one of Wyndham’s direct competitors.

Wyndham leaders also alluded to the relatively quiet mergers and acquisitions climate. Apart from Sonesta’s takeover of RLH Corp., much of the corporate transaction volume in hospitality during the pandemic has come from the timeshare side of the industry.

The relative quiet on the traditional hotel front continues to stem from price disparities between owners who see higher values due to the ongoing recovery and potential buyers who want more of a pandemic discount.

“With increasing optimism around the recovery, we expect there could be a more active market on the horizon,” Allen said. “We will be strategic and methodical in sourcing and evaluating deals and continue to look for valuation creation opportunities.”