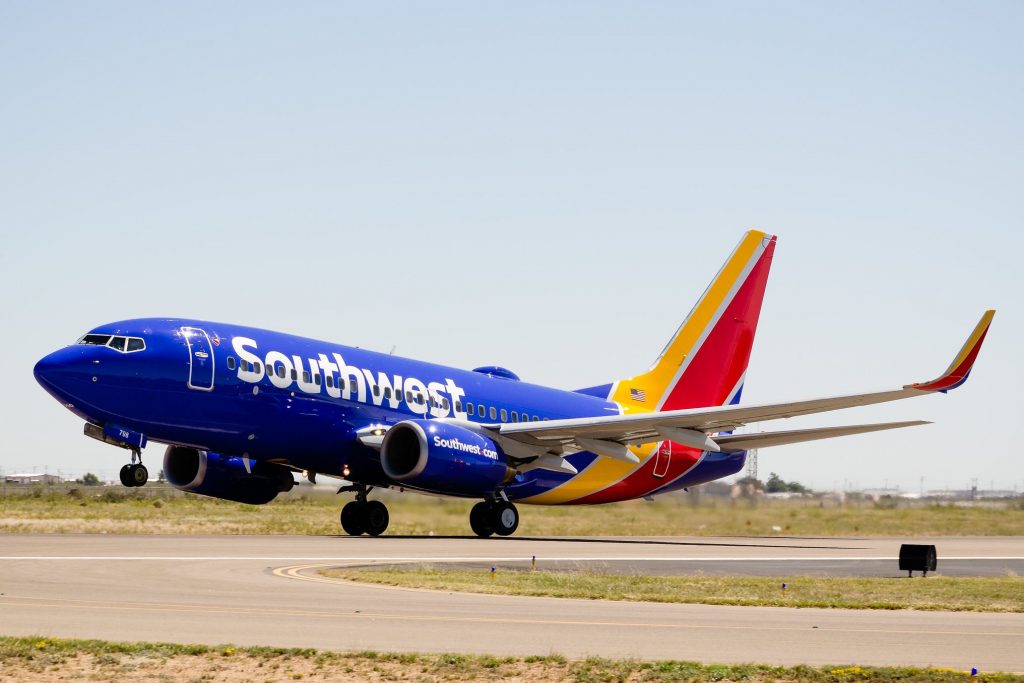 Finally, a U.S. airline sees black ink, but only thanks to Uncle Sam. Without federal payroll support, Southwest Airlines would have matched its peers and reported a quarterly loss.

Southwest Airlines turned a profit in the first quarter, thanks to Uncle Sam. Without help from the federal government’s payroll support program, which essentially picked up Southwest’s labor bill, the carrier would have reported a $1 billion quarterly loss. But with assistance from the federal government, the airline had a modest $116 million profit — and kept its 50-year streak without layoffs or furloughs.

The carrier is in talks with the federal government for an additional $1.9 billion in payroll support provided to the airline industry in last month’s economic stimulus bill. The extended program now runs through Sept. 30 and mandates that airlines taking the aid can’t lay off or involuntarily furlough any employees. Since the CARES Act last year, Congress has funneled more than $70 billion in aid to the country’s airlines.

That won’t be a problem for Southwest. Last year, 11,000 of the airline’s workers took voluntary extended leaves of absence. And with summer demand looking strong, Southwest has recalled about half of those employees. Southwest expects June staffing levels to be about 92 percent of June 2019. After that, it can’t predict, CEO Gary Kelly said during the company’s first-quarter 2021 earnings call on Thursday.

If current trends continue, Southwest could recall more workers and be in a position to hire again. “We are all prepared for this to be messy,” Kelly said. “It’s not easy to predict, and it’s not easy to execute.”

Although Southwest is not thought of as a business-traveler airline, it is, simply by virtue of the fact that it is the largest U.S. airline by passenger traffic. Before the pandemic, Southwest’s largest pool of business travelers came from the defense, financial and professional services, and higher education industries. It recently became even more important to business travelers when it went after the corporate market by signing up with global distribution systems. “We are pushing aggressively into the huge managed travel market,” Kelly said.

In a marked contrast from its peers, like Delta Air Lines and United Airlines, which say business travel will come back by the end of the year, Southwest doesn’t expect the business travel recovery to be any time soon. The airline is preparing for it to take as long as 10 years. After a typical recession, business travel takes about five years before it returns to pre-recession levels. This is not a typical recession. Some portion of business travel may be gone forever as workers become more comfortable with remote-work and videoconferencing technologies. Companies may simply not authorize as much business travel as they did.

Without those high-dollar business fares, Southwest expects its average ticket prices to be lower, even as leisure demand picks up. In the first quarter, average fares were 20 percent lower than in the same period last year. But it says it’s prepared for that and could reach breakeven or even profitability in June or July. Southwest expects to fly about 96 percent of its June 2019 capacity this June.

And one way it’s preparing for that more constrained future is by betting big on leisure travel, for which it sees a huge pent-up demand. “Leisure is pretty hot right now,” Kelly said. The carrier has added 17 new cities to its route map, most in beach, ski, and outdoor-leisure hotspots.  The booking curve is lengthening, signaling that consumer confidence is rising enough to plan vacations further out. The Mountain West, Florida’s Gulf Coast, Texas, and California all are growth regions for the carrier now, Chief Commercial Andrew Watterson said.

New destinations include Destin, Fla., Myrtle Beach, S.C., Eugene, Ore., and Bellingham, Wash. The latter city is a convenient jumping off point for Canada and for Canadian travelers to drive to for travel through the U.S. Southwest has no immediate plans to operate to Canada, at least until it resolves the technical challenge of foreign-currency sales, the company said.

Betting Big on the Max

Southwest recently made news be recommitting to Boeing, after a brief flirtation with the Airbus A220. Instead, the Dallas-based airline ordered 100 more of the aircraft, bringing its total number of Boeing 737 Max orders to 349. The orders break down to 200 for the smaller Boeing 737 Max 7, with about 150 seats, and 149 of the larger 737 Max 8, with about 175 seats. The orders will continue through 2031, cementing Southwest as an all-Boeing airline at least for the next decade. The carrier said the efficiencies in pilot training and operational simplicity offset any gains from switching to a different aircraft type. Southwest now operates a fleet of 730 Boeing 737s, including 61 Maxes.

Of those 61, however, 32 recently were grounded due an electrical issue Boeing identified. Southwest had idled aircraft to spare, so its schedule wasn’t affected. It expects to return the grounded aircraft to the flight line as soon as the Federal Aviation Administration clears them to fly.

And Now the Numbers

Southwest reported a $116 million profit, including $1.2 billion in federal payroll support. Without that aid, the carrier would have reported a $1 billion quarterly loss. First-quarter revenues of $2.1 billion were 52 percent lower than in 2020. In March, operating revenues were down 10 percent from last year, when the pandemic first began to affect airlines, and 54 percent lower than in 2019.