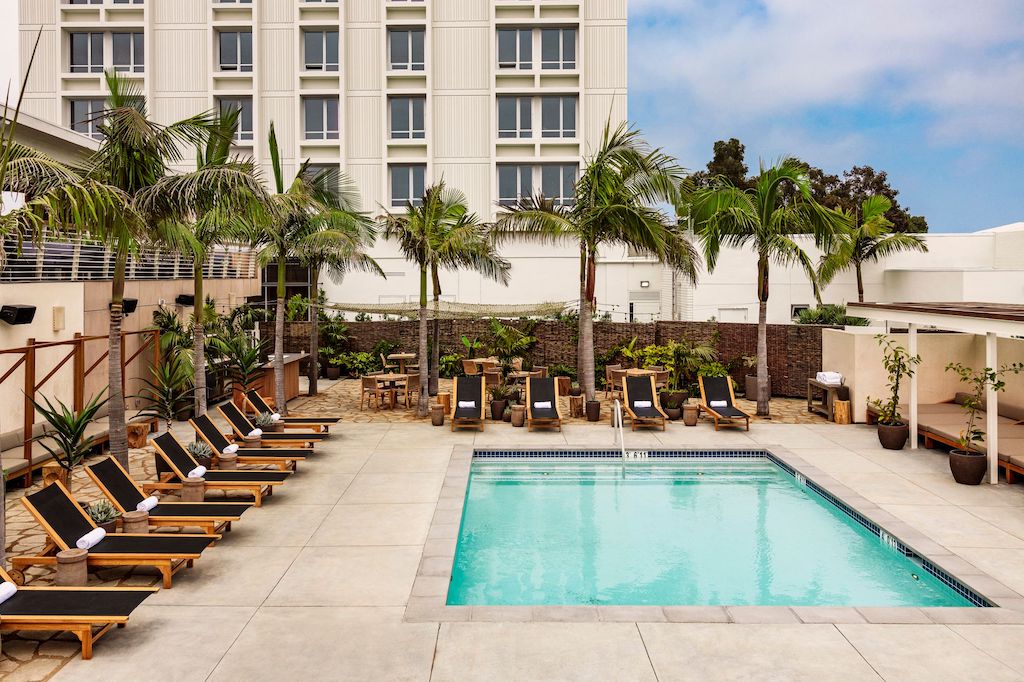 Boutique hotel companies like Proper Hospitality could be an unexpected winner in the hotel industry race to ink branded affiliation deals with existing hotel owners coming out of the pandemic.

Just because the executives behind boutique hotel company Proper Hospitality have no intention of selling to a major global hotel brand doesn’t mean they can’t take a page from the big-brand playbook.

Proper Hospitality operates the Proper and Avalon hotel brands in markets like San Francisco, Austin, and Palm Springs. But the company also launched a new brand, Hotel June, this summer in Los Angeles. While a global pandemic may seem like the worst time to introduce a new hotel concept, the Proper Hospitality team actually views Hotel June as one that will appeal to independent hotel owners looking to take on a brand affiliation.

Companies like Marriott, IHG, and Wyndham tout this kind of independent-to-branded shift, known as a conversion, as a way to grow their global portfolios even during the downturn in travel. Travelers will crave the familiarity of a major brand coming out of the pandemic, the thinking goes.

But Proper Hospitality thinks conversions can similarly fuel growth in the boutique sector.

“I think the big brands are going to grow significantly out of this, but I think we’re uniquely positioned to grow maybe even more,” said Brian De Lowe, co-founder of Proper Hospitality. “In the current travel climate, [Hotel June] really represents what I think consumers are looking for and what investors and potential partners are looking for.”

De Lowe and Proper Hospitality co-founder Brad Korzen launched the Proper Hotels brand in 2015 to fill a void they saw between the luxury and lifestyle hotel space. Proper Hotels are in markets like San Francisco and Austin, Texas, and generally work in bigger markets where luxury hoteliers can charge rates upwards of $300 to $400 per night, De Lowe said.

But the hotel partners wanted to launch a lifestyle brand that can also work in smaller markets that might not be able to support a Proper Hotel.

“We wanted to create a new brand that could cater to those [markets],” De Lowe said. “That’s what Hotel June is. It’s kind of like the younger sibling of our Proper Hotels. It’s a bit more casual, more playful, and has a more adventurous feel to it.”

A 250-room Hotel June opened earlier this summer in Los Angeles’ Westside neighborhood with a nod to California culture throughout, including many outdoor public spaces that happen to work well with calls for social distancing and fresh air during the pandemic.

Proper Hospitality has a “handful” of Hotel June deals in the works in different U.S. markets, De Lowe said while not elaborating on what those cities might be.

While it may seem like an odd time to plan for a brand rollout, hotel industry leaders at many companies continue to show signs the luxury and lifestyle hotel sectors are resilient ones.

Hyatt announced a significant growth plan for its Thompson Hotels brand portfolio earlier this summer, and IHG continues to beef up its Regent hotels brand.

Battle of the Brand Flags

Like bigger companies with their own brand flags, Proper Hospitality is banking on owners of independent hotels and even branded hotels to convert to a Hotel June flag to fuel growth over the next few years.

“June as a conversion brand is really what’s exciting to people,” De Lowe said. “It’s a lot more affordable to develop or convert to.” The hotel construction lending market is extremely tight due to the pandemic stifling travel demand. Rather than ground-up, new construction, hotel brand teams are courting owners of existing hotels to take on their own flag.

Proper Hospitality is focusing on two groups in its own conversion courtship, De Lowe said.

Independent hoteliers looking for a fresh rebrand with strong distribution are one potential conversion group, as Hotel June doesn’t have as rigid of brand standards as a bigger, global chain.

The second group Proper Hospitality is targeting for potential conversions are the owners of branded hotels in markets where an independent hotel may be more desired but there is hesitancy in giving up branded distribution channels.

However, Proper Hospitality does have big-brand distribution for its concepts like Hotel June thanks to a partnership with Design Hotels, a digital distribution platform for boutique hotels.

Marriott owns 74 percent of Design Hotels, giving the owners of brands like Hotel June and Proper Hotels distribution on the Marriott network without having to go through the costly investment of adhering to Marriott’s brand standards.

“We have this really unique point in the market because we’re kind of the independent, experience-focused vibe that everyone is looking for,” De Lowe said. “But then we also have, through our partnership with Design Hotels and Marriott, the strength of Design and Marriott.”

Companies focused on lifestyle and luxury hotels like Proper Hospitality are frequent acquisition targets of bigger brands looking to boost their own trendy reputation.

Hyatt gained Thompson Hotels as a brand by acquiring Two Roads Hospitality in 2018. Accor took an 85 percent stake of small luxury brand 21c Museum Hotels that same year as well as a 50 percent stake in SBE, owner of brands like Delano and Mondrian.

“One of the things that’s helped us stand out is a lot of our competitors in recent years have been gobbled up, merged, or acquired,” De Lowe said. “We don’t ever want to be the next big flag. That’s not at all our goal. But we’d love to do a handful of Proper Hotels and Hotel Junes every year.”

Proper Hospitality will have eight hotels across its various brands by the end of 2020. The portfolio could triple in just a few years if the company continues its planned organic growth of just a handful of new hotels each year, De Lowe added.

But the company isn’t ignoring the harsh reality of the travel industry during the pandemic.

All of Proper Hospitality’s hotels shut down in March and April due to the pandemic. When the hotels reopened in May and June, mid-week occupancy was in the teens and crept up to the 30 percent range in the weekend. Occupancy has since recovered to a 30 percent range mid-week to around 50 percent on the weekends, De Lowe said.

But the growth momentum isn’t distracting De Lowe and others at the company from maintaining heightened health and safety protocols — even at a hip, luxury hotel.

“The health and safety of our guests and colleagues is always the number one priority,” De Lowe said. “A cool concept isn’t very cool if we aren’t being safe. It quickly loses its cool.”

Photo credit: Proper Hospitality plans to use its new Hotel June (pictured) concept as a growth opportunity for existing hotel owners to take on as a flag affiliation. Hotel June