As airports become resigned to more months of depressed demand, they balance competing impulses. Many want to invest in technology to spur demand. But they face shrunken budgets alongside swollen costs for masks, health screening, and extra cleaning.

To help airports spend wisely, the sector last week launched the Airport Health Accreditation program. The effort aims to harmonize global protocols and ensure measurable progress by airports for the health and welfare of travelers and staff. On Monday, the United Nations’ aviation agency International Civil Aviation Organisation (ICAO) threw its support behind the accreditation program.

Some airports are prioritizing or ring-fencing tech spending to automate the compliance with health guidelines.

“SFO chose to defer some more routine planned expenditures, like upgrading some applications, in favor of concepts that have a more immediate need,” Law said. “Also, there are new concepts that need evaluation now, like tech for temperature screening and virtual queueing.”

Executives prefer tech that will lay the groundwork for an eventual rebound in passenger traffic.

“I’m expecting to see an advance in the expenditure on certain technology as a way to bring the passengers back and improve long-term costs by reducing capex [capital expenditure],” said Luis Felipe de Oliveira, director general of Airport Council International (ACI World).

Making every step in the process as contactless as possible is a shared priority. Yet the costs can add up.

At a large airport, automation may cost as much as $75 million, estimated ACI World. Factors in the cost include whether an airport can upgrade its existing equipment, whether it needs bespoke software, and whether it has adequate staff to install and support the tools.

Airports generally have fatter financial reserves than airlines do. Large airports have tended to drive their earnings more on the volume of leisure travel than corporate travel, so they can invest with more confidence than some large airlines might in the next year.

For a small airport, the cost for automation and a move to touchless processing might be between $1 million and $20 million, estimated ACI World — which defined “small” as meaning having an airport with less than 10 million passengers a year in ordinary times. Prices depend on the size of the project, the sophistication of the solutions, and if an airport already has some automation in place.

“You have to do your homework,” said Pittsburgh International Airport CEO Christina Cassotis. “We rejected one commercial product that studied used AI [artificial intelligence] to look at crowd congestion because it only provided updates within three to five minutes, often had display problems for us, and cost about $1 million just to cover one or two checkpoints.”

The airport eventually found a predictive solution that was faster, more accurate, and cheaper.

“In Pittsburgh we’re lucky because of a technology ecosystem that’s been created around Carnegie University has let us implemented some solutions at little to no cost,” Cassotis said.

To respond to the pandemic, large French travel companies held a competition for vendors to pitch their best solutions. Groupe ADP, operator of Paris Charles de Gaulle and many other airports worldwide, Air France, the national railway operator SNCF, Accor Group, and others selected a handful of winners out of more than 300 entries. 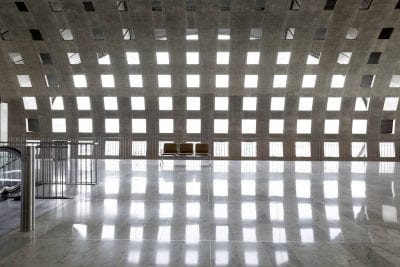 Between now and September, Paris’s Charles de Gaulle airport will try a proof-of-concept of the solution of one of the winners, Caspr, which adds a solution to heating and air ventilation systems that promises to reduce air and surface pathogens during the workday. Groupe ADP is testing this system at the arrivals area at Terminal 2e and a baggage processing area at Charles de Gaulle.

“The pandemic has obliged us to adopt a new long-term focus on monitoring the well-being of our passengers, not only from a flow management perspective but also in terms of their quality of their comfort and mood,” said Sébastien Couturier, head of innovation and corporate venture at Groupe ADP. “Data shows if people walk into a retail store and feel it’s too hot, they’re less likely to buy. So there’s a practical aspect to this, too.”

At larger, private-run airports, look for more touchless kiosks, including for health screening, such as answering questions about one’s medical condition. United Airlines said it has been rolling out touchless kiosks that print baggage tags after you scan a boarding pass code.

Some airports are speeding up their spending on “touchless” check-in and bag drop. Indian airports have in recent months adopted a contactless process for handling checked baggage that exceeds weight restrictions. Paris’s Charles de Gaulle is testing voice-activated elevators to reduce the need for people to touch surfaces.

Less obvious and behind the scenes, some airports are creating data hubs that use artificial intelligence and predictive analysis to prevent crowding.

Groupe ADP, for example, is repurposing its tech systems that use computer vision and sensor-based systems to track passenger flows to make sure that passengers aren’t bunching into crowds. It will use “3D semantic cameras” from Outsight which can help the airport identify elevated body temperatures in passengers and staff and make sure people are complying with face mask usage and social distancing rules.

Digital identity management solutions are a hot topic, too. Some airports are now required to not only handle passport data but also, in some cases, passengers’ coronavirus test results.

“There are some question marks regarding whether governments will be fast enough on approving the implementation of new technologies for border control and biometrics like facial recognition,” said Felipe of ACI World.

Speeding Up Some Tech Spending

The pandemic has accelerated tech spending plans that airports had already planned. San Francisco International closed one of its international concourses in April due to decreased passenger and flight activity and used the opportunity to improve the Wi-Fi coverage in that area without disrupting operations due to lower passenger volumes. That concourse will reopen on September 1.

“In general, technologies that can enable a more touch-free airport experience were underway pre-pandemic, but the pandemic has accelerated them,” Law said.

Some travel executives see the coronavirus pandemic as a once-in-a-century meteor strike. But others believe that epidemics are like cyber-security attacks in that they occur periodically but may become a fixture of global life.

“One of our values as an airport is to help the world test responses,” said Couturier. “An airport can be a territory of expression for new technologies. It’s like a city, but it lets you experiment with new solutions in a controlled way.”

Subscribe Now
Tags: airport technology, airports, contactless, coronavirus recovery
Photo Credit: Inside the terminal at a French airport owned by Groupe ADP. Some airports are prioritizing contactless and other technology spending that could both coax travelers back into flying after the pandemic eases. Groupe ADP