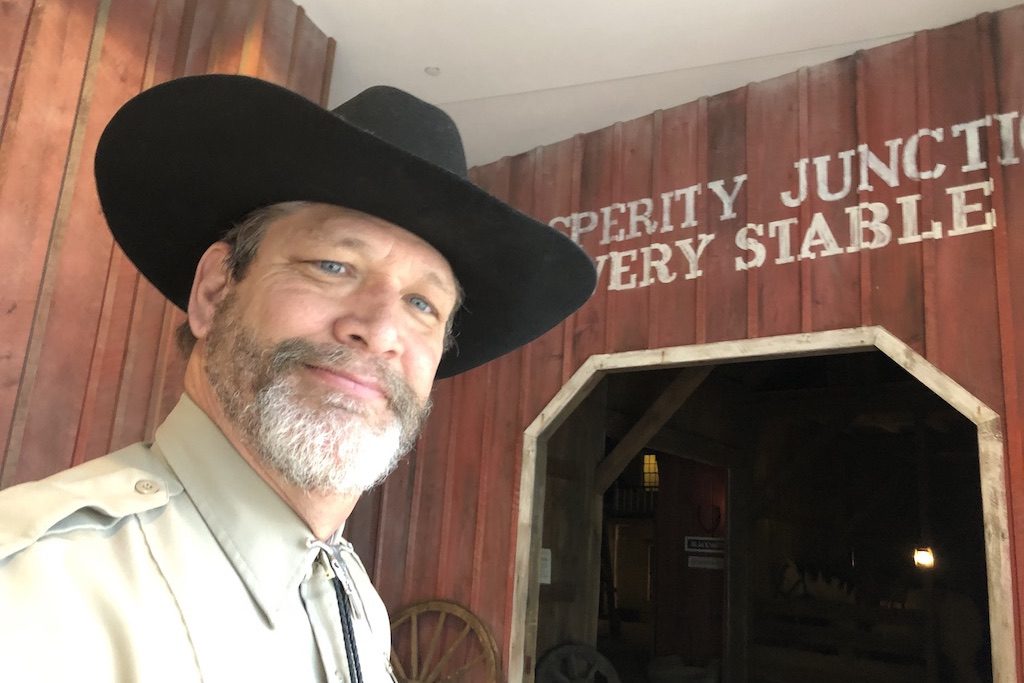 Tim Tiller is an unlikely social media hit. But his success since the start of the pandemic lockdown is a lesson for tourism marketers everywhere.

Plenty of people have seen their job duties drastically change due to the Covid-19 pandemic, but few in as unlikely a manner as Tim Tiller.

In normal times, Tiller serves as the director of security and operations at the National Cowboy Museum in Oklahoma City. But since the museum closed on March 17, he’s taken on a new role: social media star.

As he is in charge of guarding the premises and would be on-site throughout the shutdown, the museum’s marketing team asked if he would be willing to help create and post content online. “I said ‘of course I’d like to help you with this. I think it’d be a lot of fun.’ It shows off what we have and that’s what we want to do.”

The museum, which opened in 1955, boasts a collection of artifacts, photography, pop culture, fine art, and memorabilia all devoted to the legacy and culture of the American West. In 2019, it welcomed 170,000 visitors

Morning! Cowboys aren’t born knowing how to stand so cool. It takes practice. Have you practiced your cowboy stance today? This is Frederic Remington’s Lin McLean, 1897. Watercolor on paper. #HashtagTheCowboy Thanks, Tim pic.twitter.com/s4V2I8fRil

Tiller, aged 58, joined the museum full-time in 2016, after a career in the freight business. An Oklahoma native, he grew up on a small farm east of Oklahoma City and first visited the museum as a child. He is nothing but humble about his unexpected success on social media: “I really don’t know why this works,” he told Skift. Nevertheless, he has managed to do something that destinations, attractions, and tourism marketing professionals have all doggedly been trying to achieve throughout this pandemic: Meaningfully engage with people stuck at home in the hope they may come to visit when it’s safe to do so.

The proof is in the numbers. Since Tiller’s social media takeover began, the museum’s social following has grown in a way that would make most marketing managers green with envy. From March 17 to April 26, the museum’s Twitter engagements grew 578,798 percent (not a typo) with its follower count swelling from just shy of 10,000 to 309,000. The museum’s Instagram and Facebook followings grew by 510 percent and 69 percent, respectively, during the same time frame.

“None of us had any expectations on it becoming what it has, reaching worldwide, we had some hopes and aspirations of reaching a few people so we could share what we have here but none of us expected this to be what it is,” Tiller said. “We’re all very very pleasantly surprised where things have gone and the people we’ve reached.”

Of course, it’s easy to see the appeal, whether it’s Tim’s penchant for spelling out the word hashtag or signing off his tweets with a gracious yet unnecessary “Thanks, Tim.” His posts range from him modeling his “new duds” from Wrangler to new pieces of cowboy-inspired art drawn and submitted by kids. His folksy charm feels as genuine as it does perfectly aligned with the museum’s brand.

Want to thank @Wrangler for the great new duds. My beautiful wife, Tina, thinks I look sharp! But the outfit isn’t really complete without the star. Lol! #HashtagTheCowboy Thanks, Tim pic.twitter.com/WWAfgFOVab

“The Tim that you see online is the Tim in my office,” Seth Spillman, the museum’s chief marketing officer told Skift. “If you live in Oklahoma you know a Tim, you’re probably related to a Tim, so that’s why it works.”

Tiller does hope to return to the bulk of his real duties someday, which include overseeing maintenance, event setup, and guarding the collection. But in the meantime, he is delighted that the museum and its dormant collection are having a moment to shine online — and bring some western charm to brighten people’s day.