How Should Hotels Set Room Rates Now and After the Coronavirus Crisis? 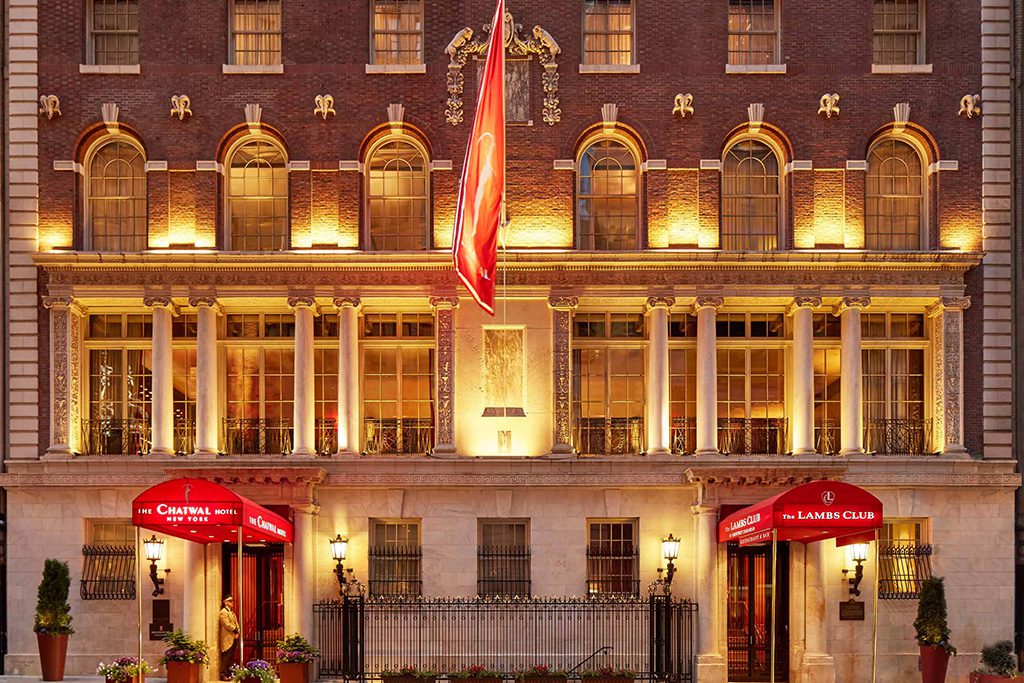 Granted, this crisis is unprecedented. Yet hotels worldwide can learn lessons from how hotels have faced regional shutdowns, such as in Asia-Pacific in recent months, in Las Vegas after the shooting rampage, and elsewhere after hurricanes and financial crises. Managing room rates and marketing offers is critical to making the most of a rebound in demand.

It may seem off-topic to ask experts for advice on how hotels should be setting their room rates right now. Thousands of hotels are closing in Europe and the U.S., and the goal for many properties is to survive, as the CEO of Marriott warned in a video.

Yet most hotels will re-open someday. Most hotels will also continue to accept reservations for stays many months from now. So it’s urgent to price those future stays smartly.

Yes, the crisis is unprecedented for being global. But whether it was past pandemics, mass shootings, hurricanes, or financial crashes, hotel leaders in various parts of the world have learned lessons that are now relevant globally. One takeaway on which everyone seems to agree: Don’t rush to cut too quickly or too deeply.

“Asia-Pacific learned a lot by going through the SARS experience, and as a result, most had a plan for facing some of the same challenges,” said Sherri Kimes, emeritus professor of service operations management at Cornell University.

Kimes surveyed more than 500 hoteliers worldwide, which she presented in webinars run by Revinate. Her survey showed that actions taken by hoteliers in Asia-Pacific in the past few months have broadly differed than those taken elsewhere.

Westerners have been more quick, on average, to cut rates to stimulate demand, while operators in Asia-Pacific have favored other measures.

A case in point: About half of Asia-Pacific hoteliers tried “value-adds,” compared with only a third in Europe. An example of a “value-add” could be offering any guest who stays a voucher for, say, a substantial credit if they rebook a future stay within a year, or it could be offering a free airport transport in a well-sanitized vehicle.

Kimes is currently based in Singapore. “Yes, there was panic here,” she said. “But I’d say it was much more controlled because they had playbooks.”

Asia-Pacific hoteliers were significantly more likely than ones elsewhere in this crisis to emphasize promotions targeted to new segments of customers than their hotels typically have sought. They also have more been more likely to take steps to try to reward loyal, or potentially repeat, customers.

Maintain Pricing Power If at All Possible

The one piece of advice we heard most from experts was this one: hotels should resist cutting their future rates.

“Studies have shown that hotels that are the fastest to drop their rates and who drop their rates the deepest can be the last ones to recover when demand comes back,” said Dan Skodol, a hospitality and travel industry revenue management, pricing, and analytics expert at Cendyn.

Sometimes the most infuriating advice is still valid even if it’s infuriating.

“It’s easy to tell hoteliers to hold the line on rate-cutting, but hoteliers have got bank loans they need to service and investors desperate to boost occupancy and employees that are going without pay,” said Neville Isaac, chief customer officer for Beonprice, a tech vendor.

Yet despite being hard advice to swallow, rate-cutting has long-term consequences.

“One reason is that the pricing structure of many hotels is based on a ‘best available retail rate,’ meaning that all the other rates, such as for business, group, and so on, are tied to it,” Isaac said. “When demand comes back, the more lucrative customers like business travelers and event or wedding planners will be reticent to accept price hikes.”

The loss of pricing power can contribute to a slow recovery in revenue. It will take the U.S. hotel industry approximately five years to achieve the occupancy, revenue, and profitability of 2019, forecasted HotelAVE, an asset manager for about $5 billion worth of hotel real estate.

Nevin Reed saw this first-hand when working at a Las Vegas hotel in the aftermath of a shooting spree there and when he worked at a hotel in the Bahamas after a category-five storm.

Hotels are trying their best.

Steven Schultz, director of rooms at Banff Park Lodge in Alberta, Canada, said he and his colleagues felt a “knee-jerk instinct to drop rates” when occupancy dropped.

“But discounts are useless if people aren’t traveling for safety concerns,” Schultz said. “We want to make sure that when demand does come back, we’re sure not to be missing any dollar by having gone too low.”

Think Again About Who Your Competitors Are

The professionals with a big say in setting rates, revenue managers, tend to think of their competitors as a half-dozen similar properties that are close by.

“But when people start traveling again, who you think is your competition may not be who any given consumer might consider it to be,” said Jens Munch, CEO of Pace, a hospitality tech firm.

A classic example would be a four-star property that cuts rates to try to steal share from a three-star, said Skodol of Cendyn.

“You’ll especially want to re-evaluate who you’re really competing against if your value proposition has changed because you’ve temporarily shut down your food-and-beverage or spa, for example,” Reed said.

So what are some takeaways to help hoteliers set rates wisely?

“Throw your data from last year out, and treat the data from the past couple of weeks as the ‘new world order’ and forecast based on that,” said Reed of Duetto.

“Use that data to create scenarios for the near-term and mid-term around profitability and occupancy, and front the models to owners and operators, who can test them,” Reed said.

Revenue managers can also look beyond a property’s most-recent data for clues.

“Revenue managers, along with their management teams, should develop a business continuity plan which looks at various revenue impact scenarios with corresponding actions that might be taken to mitigate the impact,” said Flo Lugli, principal of hotel-distribution consultancy Navesink Advisory Group.

“Look at previous downturns and the impact of pricing decisions on recovery lag time, such as the interesting stats from trade group HSMAI about the 2008-2019 crisis,” Lugli said, after acknowledging that owners need to focus on employee safety and basic survival first. “You should also create a plan that includes specific marketing actions to be taken as you start to see some recovery.”

Think Beyond the Rates

“Guests will remember their cancellation experience more so than the rate they paid,” said Mike Chuma, vice president, global marketing, enablement and engagement at IDeaS, a software maker. “When circumstances permit, offer flexible policies to cancellations, such as offer hassle-free credits or complimentary amenities for future stays.”

The pace of recovery is something to keep in mind when figuring out who to spend your scarce marketing dollars on targeting.

Marketers will need to adapt relevant pitches as social distancing remains an on-again-off-again issue for the next year or longer.

“Showing a big group of people hugging and high-fiving is likely not the best image in these times,” Lugli said.

Cendyn points to one example of creative marketing in The Standard, a hotel brand that has been considering, when appropriate, a campaign called “Near, Not Far.” The Standard may highlight how it lets pets stay free — which can be a perk for domestic travelers who can’t find a pet sitter if they’re harder to find available in these times. Looking at new segments to target with marketing might mean a hotel that usually caters to leisure travelers pitching their rooms on platforms for business travelers seeking extended stay and corporate relocation, Munch of Pace said.

“Group business will likely take much longer to rebound, similar to the last recession, likely even more so because of behavioral changes, such as social distancing,” Chuma of IDeaS said.

Looking to advice from others can help. TechTalkTravel, an intelligence service for hoteliers, has been crowd-sourcing crisis-management resources relevant to hospitality.

Executives at hotel groups should also consider strategic advice on how to handle the crisis from outside of the sector, like the coronavirus crisis management advice from consultancy Bain said, Frank Reeves, CEO of hotel tech firm Avvio.

If you need hope, look to China, where occupancy has begun to rebound. China saw hotel occupancy nearly vanish during the worst of the crisis, but a recovery is beginning to emerge, according to new data from tech vendor Shiji Distribution. Occupancy levels vary, but in some cities have recovered from low single digit percentages to around 30 percent.

Outside of China, Asia-Pacific hotels are also seeing the green shoots of recovery, according to data from the Hospitality Sales & Marketing Association International (HSMAI) and tech vendor RateGain.

Photo credit: Shown here is The Chatwal, a Luxury Collection Hotel, in New York City. Many hoteliers face tough decisions about how to manage their room-rate setting during the coronavirus crisis. Marriott International