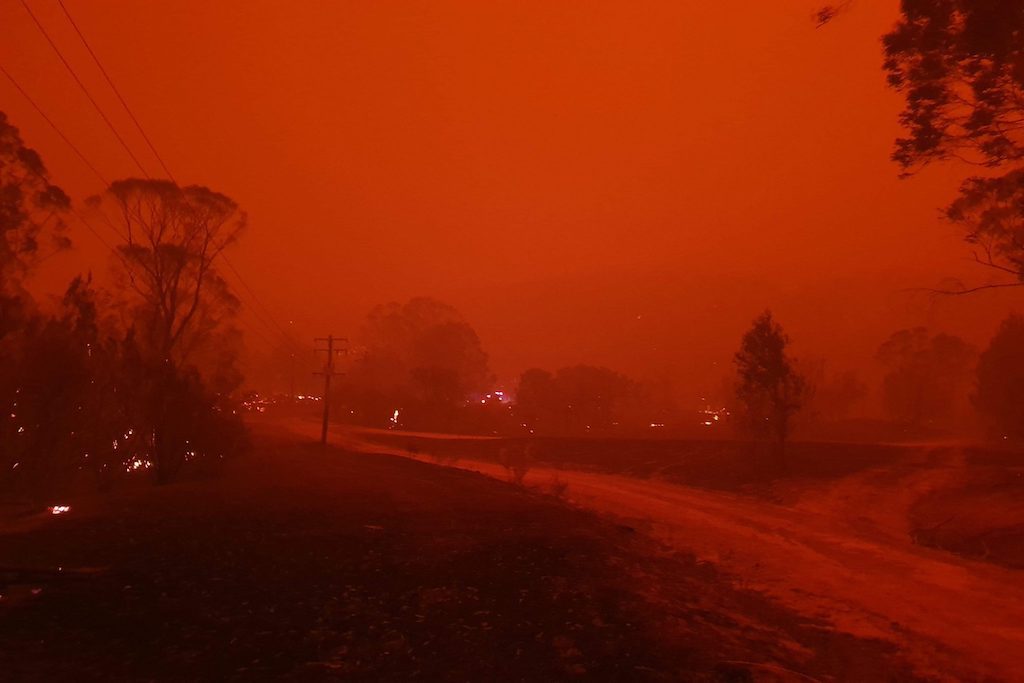 As extreme weather events disrupting tourism become more and more common, the way destinations respond feels less and less appropriate. A new normal is emerging — and it's going to be tough.

Like most forms of marketing, tourism promotion is all about selling an idea. Depending on the destination, that idea may be escape, relaxation, cultural immersion, or personal transformation.

But no matter how powerful, clever, or emotive their campaign is, rare is the tourism marketer that can compete with even a cursory glance at headlines recently: unprecedented fires across Australia, record-breaking flooding in Venice, a hurricane stalled for eight hours over The Bahamas, a gigantic glacier in Antarctica melting inexplicably fast. While we can’t say with certainty that climate change directly caused any one of these events, scientists say we can expect that extreme weather events like these will continue to become more common in the age of climate change.

Of course, natural disasters and extreme weather have always affected tourist destinations, and travelers have long tolerated rubbing shoulders with all manner of human suffering while on holiday. However, as these events become more common, there’s a sense of a new normal emerging, one where the status quo for how a destination handles such disasters will start to feel not just off-color, but counter productive.

Take Australia, for example. The country rolled out a sunny campaign aimed at Brits over the Christmas period. The rollout’s timing clearly underestimated how blatantly it would chafe alongside headlines of apocalyptic fires engulfing the region across the UK press. The campaign was pulled early in the New Year after criticism.

Despite pulling the ad, Australia continued to actively welcome tourists, as many destinations do in the wake of a disaster. In a striking example of how tourism is a form of international relations, Prime Minister Scott Morrison reportedly directly appealed to senior Trump administration officials to lower the elevated travel advisory the State Department issued American citizens traveling to Australia; the U.S. obliged.

Similarly, Puerto Rico — which has seemingly been in a state of perma-recovery since Hurricane Maria hit in 2017 — released a series of statements this week in the wake of multiple earthquakes, noting that “to keep the economy recovering, we must keep tourism strong as it fuels local communities.”

This is a common refrain for good reason. These destinations — and the leisure and tourism-facing businesses who operate there — will benefit if tourists show up after these events to aid in the economic recovery. That’s especially true in places like the Bahamas, where tourism accounts for a staggering half of GDP. But it’s also a short-term solution. While some tourism boards are (slowly) waking up to the fact that they have to worry about a destination’s sustainability as well as its marketability, they seem to be even slower to catch on to the meta picture.

As that startling reality becomes more and more apparent to consumers, it will be harder for tourism boards to play off these tragic events as aberrations that brave tourists can aid in the recovery of. Nor will it be acceptable to deny the climatic realities happening in a given place, as comments from Brazil’s tourism board president seemed to do recently. It’s also worth noting that civil and geopolitical unrest — such as the kind that’s recently hurt the tourism industries of Hong Kong and Turkey — is likely to get worse if mass migration and climate refugees become more prevalent, as some experts have predicted will happen.

In all the suffering and depressing headlines, there’s a troubling specter emerging, one where “see-it-before-it’s-gone” tourism promotion becomes common. It was recently foreshadowed in a New York Times travel piece about the rise of cruises in Antarctica, which featured the head-turning quote: “Climate change is a chief reason for the increased interest in visiting Antarctica,” small ship cruise specialist Mary Curry said. “We truly don’t know if the region will ever be as magnificent as it is now.”

If tourism marketers continue down this path — one where luring travelers to your imperiled destination in the wake of climate emergencies becomes a marketing tactic — we fear that endangered destination marketing will be become more and more common. That is not a direction that a travel industry aiming to fulfill its responsibility to the world should go.

There are no easy answers here, so there’s no use pretending there are. And while Skift has long covered how climate change will affect the bottom line of travel and tourism in the future, it now feels necessary to state it unequivocally — that future is now.