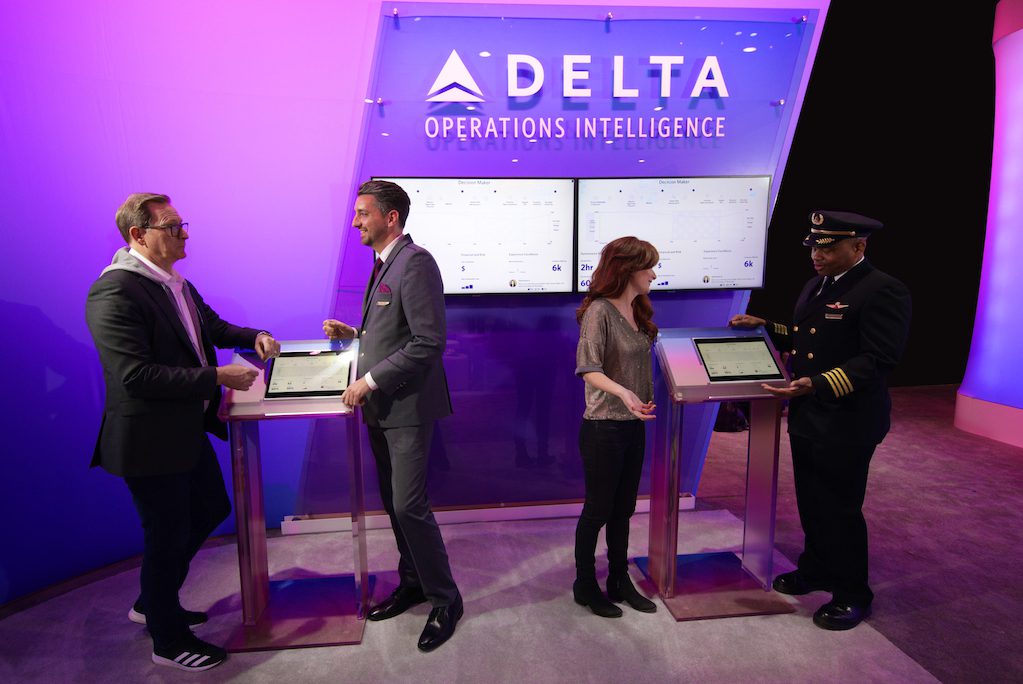 The technology is fun. But Delta's biggest strength is the consistency of its product.

While speaking to thousands of technology nerds Tuesday at CES, the annual consumer electronics bash in Las Vegas, Delta Air Lines CEO Ed Bastian may have been tempted to list a bunch of far-flung innovations that, though plausible, likely never would work at any airline because they’re expensive or too challenging to implement.

But with a couple of exceptions — like an exoskeleton that turns an ordinary bag handler into the Incredible Hulk and airport screens that use sophisticated technology to show different information to each traveler —  Bastian kept it conservative, giving attendees a detailed picture of how the flying experience might evolve in five years.

He did not predict a revolution. Most notably, Bastian said, Delta’s mobile app will become a true digital concierge that will anticipate customer needs — does the passenger need a Lyft? — and make recommendations accordingly. Perhaps if there’s traffic on the way to the airport, Delta’s app will recommend the Lyft come earlier. Or maybe Delta will suggest a traveler use one security checkpoint over another, because lines are shorter.

“Instead of checking one app for traffic, another for airport parking, and a third for TSA wait times, Delta is building the capability to simplify travel by helping you manage everything from ridesharing and in-flight entertainment to bag delivery and hotels,” Bastian, the first airline CEO to give a keynote address at the annual conference, told attendees.

I’ve never been to CES, and I watched Bastian’s speech on a live stream, so I don’t know how it played in the room. Given this is a show that often features zany product innovations like an AI-powered self-folding laundry robot, I wondered if attendees were underwhelmed.

While he sprinkled in some true innovation, like asking whether technology someday might make current security procedures obsolete, Bastian mostly focused on simplicity. He outlined a future in which passengers could rely on free and reliable in-flight Wi-Fi, travelers easily could use miles to upgrade to better seats, people would know exactly what time they should queue for boarding, and customers could start watching in-flight entertainment on their own devices after check-in, rather than following boarding.

Seth Miller, an astute airline analyst, pointed out many of these innovations and others Bastian shared are not unique to Delta. Other airlines allow passengers to choose seats using augmented reality and permit customers to affix permanent bag tags on checked luggage. And other carriers do a fine job of letting customers know exactly when they should board the airplane. A few, like JetBlue Airways, even offer free Wi-Fi. And some are working on bluetooth headsets for in-flight entertainment, as Bastian proposed.

I see things differently. Yes, a bunch of airlines have already harnessed many of the innovations Bastian said could come to Delta by 2025. But none has done it in the holistic way Bastian described.

What Bastian promised is a future where things work simply as customers expect, efficiently and seamlessly. Delta would take all the innovations and make them work together to create a first-rate experience.

No airline does that well yet, for good reason. People love to criticize airlines, but this is a frighteningly complicated global industry. Each year, carriers face just about any challenge that could ever confront a business, navigating political and labor unrest, operational stumbles caused by weather, and government regulation. Things that seem easy on the ground — like offering free Wi-Fi — become far more challenging at 35,000 feet. Just running a safe, reasonably reliable global airline that does not lose money is a feat itself.

Delta is probably closer than any other airline at offering a consistent, cohesive travel journey, and this is by design. Rather than focusing on completely disrupting the airline industry, Delta is intent on slow improvement, so each year, travel becomes a little bit better and more humane. And more consistent.

Delta’s executives have been clear in their goals. They want to be a solid company offering a consistent product that customers can trust, similar to Starbucks.

It is an apt comparison. Starbucks does not have good coffee, and its stores, while comfortable, are not luxurious. What Starbucks does well is the basics — the stores are clean, the bathrooms are usable, the coffee is drinkable, the service is friendly, and the mobile ordering works as it should. If Delta reaches this level of consistency, travelers likely will be thrilled.

In the travel industry, you might compare Delta to Marriott. Over decades, it built one of the most trusted brands in hospitality by focusing on quality control, ensuring customers would rarely, if ever, be surprised at one of its hotels. Marriotts are rarely the best hotel in a market, yet a business traveler will never go wrong staying in one.

I like that Delta’s executives seem to understand they don’t need to chase the flashiest innovation to win customers. Instead, Delta keeps focusing on the little stuff. Every year, Delta cancels fewer flights, loses fewer bags, and provides a more consistent digital and onboard experience than its competitors, and customers have been rewarding it with their loyalty.

As long as the pattern continues, Delta will thrive.