Skift Take
Until recently, Cathay Pacific was the only carrier that American Airlines frequent flyers could use to travel into China with frequent flyer benefits. A new partnership with China Southern will extend that reach significantly.
— Grant Martin
Share
Tweet
Share
Post
Send

Notably, frequent flyers will also be able to earn miles when booking direct through the other carrier — not just on codeshare flights or when connecting through from one to the other. That’s great news for customers who want deeper reach into China with all of their frequent flyer benefits. But it also resurfaces the question: Why doesn’t China Southern flat-out join the Oneworld alliance? 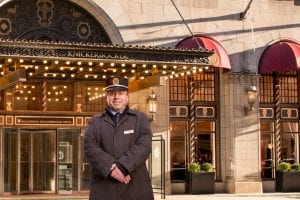 Millennium Hotels Relaunches a Simplified Loyalty Program: London-based Millennium Hotels & Resorts has a new loyalty program. Called My Millennium, the new program takes a simplified approach to loyalty by offering only a single tier of membership and a limited spectrum of perks and partnerships.

How Marriott Plans to Supercharge Growth Starting With 1,700 New Hotels in 3 Years: Marriott International is already considered, by and large, to be the world’s largest hotel company, with more than 6,900 hotels worldwide spread out over 30 brands, but the 90-year-old company isn’t done growing.

What Marriott’s CEO Had to Say About Airbnb, Amazon and Google: Marriott International isn’t content to “stand still.” That was the overarching theme of Marriott President and CEO Arne Sorenson’s opening presentation at the company’s biannual investor day in New York.

British Airways Updates Its Business Class Seat and Adds a Privacy Door: British Airways unveiled the business class seat it’s counting on to fend off Virgin Atlantic and other rivals in markets including London-New York, the world’s most lucrative route for corporate travel.

JetBlue Commits to Fleet-Wide Seatback Entertainment: Seatback entertainment is expensive, it’s heavy, and, when it doesn’t work, it’s been known to drive passengers and crew members nuts. But, for JetBlue, at the very least, it’s here to stay.

Starbucks Revamps Its Rewards to Keep Customers Coming Back: Starting on April 16, the Starbucks Rewards loyalty program is getting a makeover, allowing members to earn Stars — aka rewards points — sooner, and use those points to buy more items than before.