How United Is Chasing Revenue by Adding More Premium Seats 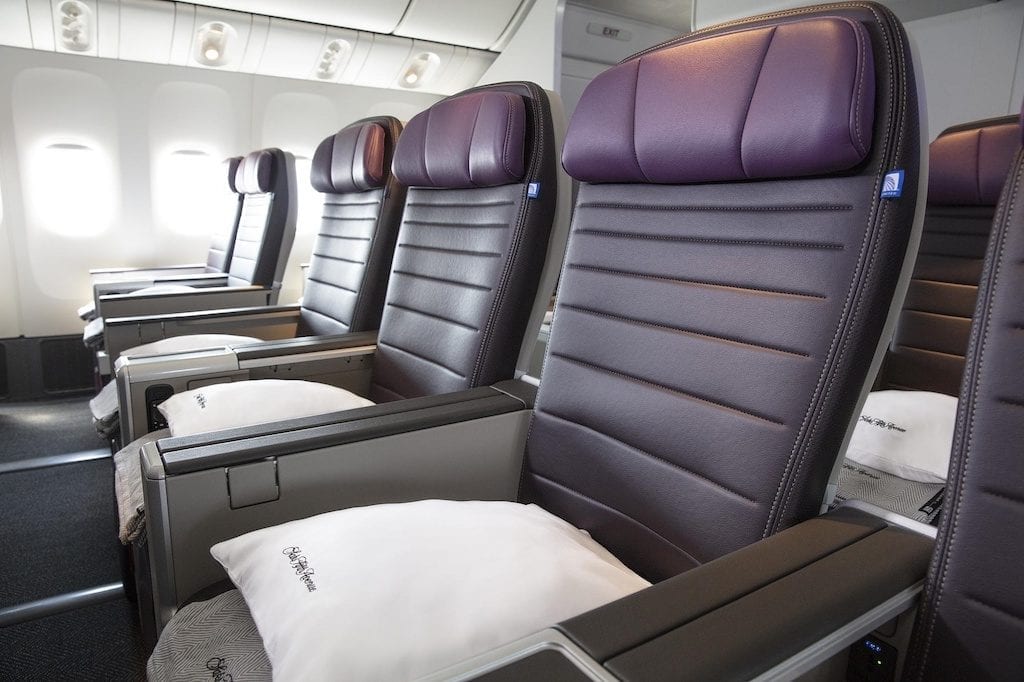 By adding a new premium-heavy configuration, United Airlines will be increasing operational complexity. It is hoping it can offset that with increased revenue. Will the plan work?

Let’s say you’re designing a seating plan for one airplane in your fleet. Would you rather have a standard configuration, even if it isn’t best for every market? Or would you prefer several seating plans to match capacity to demand?

The easy answer is you want the best configuration by route. If you have a transatlantic operation, your airline may want 40 (or more) business class seats for London and Geneva, and 18 for Barcelona, Nice and Naples. On those leisure-oriented aircraft, you can add more economy class seats for vacationers.

Here’s the problem. Because it is challenging to change seating plans once an aircraft is in service, many airlines prefer one standard configuration for each plane type, even if that means having too many premium seats for Nice and too few for London. You may lose revenue, but you can run a more efficient operation, because you can schedule any plane on any route.

Still, some airlines are willing to take chances on multiple configurations. And as I reported last week, United Airlines is apparently joining the group with a special interior to chase premium revenue in key business markets.

Rather than putting a standard configuration in its Boeing 767s — United generally has 30 business class seats and 184 in economy — the airline soon is likely to unveil a new product with 46 seats in business, 22 in premium economy, and only 99 in economy.

I asked United CEO Oscar Munoz about it last week. “Business-to-business markets are going to be the ones that we are going to fly those airplanes to,” he told me, saying the revenue bump will outweigh operational challenges.

What do you think of United’s strategy?

Delta Air Lines Has a $25 Million Reason to Hate the U.S. Shutdown: Delta is losing about $25 million in revenue this month because of the partial government shutdown. For such a big company, that’s not a big number. But clearly Delta would like the government to reopen, and executives spent a good portion of their earnings call discussing it.

Air France Looks to Shut Down Millennial Experiment Joon: No surprise here, given Air France-KLM has a new CEO. The problem with Joon wasn’t the millennial-focused marketing, but the airline’s costs. It was designed as a low-cost carrier, but previous management never got buy-in from some labor groups, so its costs weren’t so different from the mainline.

Virgin Atlantic Steps In to Save Flybe: Virgin Atlantic has big name recognition, but it is a small airline, and it flies only long-haul routes. It has experimented in the past with trying to bring feed into its London Heathrow hub —remember Little Red, which closed four years ago? — but now it is trying again. As my colleague Patrick Whyte reported, Virgin Atlantic and a consortium of other buyers expect to take over struggling UK regional airline Flybe.

Ryanair Closes Vacations Website: The Irish carrier launched the service in December 2016 with plans to “transform the package holiday market,” adding that it was “another significant step on our journey to becoming the Amazon of air travel.” Perhaps it didn’t go as planned.

Airline Group Turns to Blockchain to Bypass Entrenched Distribution Systems: Airlines Reporting Corp., or ARC, would like you to know it is on the cutting-edge of technology, reports Skift’s Dennis Schaal. ARC recently “fielded a private blockchain proof of concept with United Airlines and blockchain solutions provider Blockskye,” Schaal wrote.

How Herb Kelleher Made Southwest a Vexing Problem for Online Travel: Kelleher was a visionary who created a new type of airline, the nationwide low-cost carrier. Kelleher rarely went with the pack, and that worked well for Southwest. But in this story, Schaal asks whether Kelleher’s preferred distribution strategy made sense. Most Southwest customers must book direct, and that may keep the airline from winning a slice of the market.

CEO: WOW Air Shrinks to 4 U.S. Cities as It ‘Gets Back to Basics’: Last summer Wow Air flew to more than a dozen U.S. cities. But then it all fell apart, as the airline ran out of money, amid higher fuel prices. The good news is that fuel is much cheaper now, but the airline hasn’t recovered. It is setting its goals much lower in 2019, USA Today’s Ben Mutzabaugh writes.

TSA Sickouts Rise a Day After Workers Miss First Paycheck: The U.S. government shutdown is a mess for many reasons, but it seems people are most caught up in how it affects aviation. Passengers are reporting longer waits at many airports. How long will this last?

Qatar Airways Doubles Down on Threat to Boycott Oneworld: Come on, Akbar Al Baker. Either take Qatar Airways out of Oneworld or don’t. But stop the teasing, OK?

In it, you’ll learn:

You must buy the report, but Seth is a talented analyst, and I think you’ll find it worth it.

Photo Credit: United Airlines may soon unveil a new configuration for some Boeing 767s. The seating plan could include premium economy seats like the ones pictured here. United Airlines