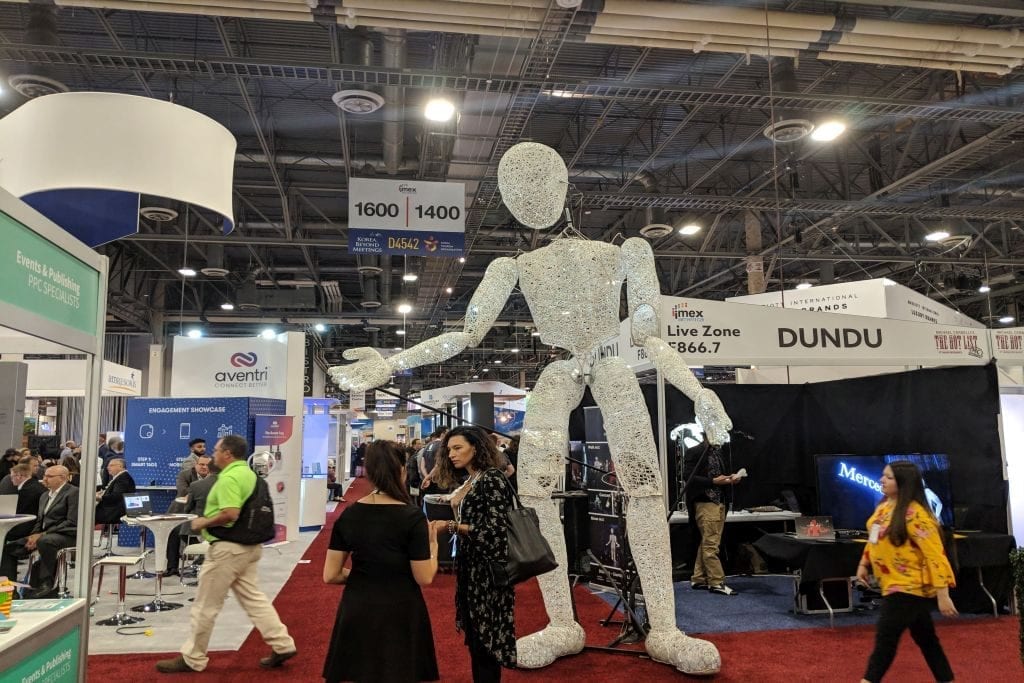 Boom times for the meeting and events sector are disrupting the status quo, putting pressure on planners to do more with less. We are entering a period of unprecedented change for the industry.

All the signs of a growing and prosperous meetings industry were on display at IMEX America here in Las Vegas this week, with big parties and countless press conferences held by global destinations and hotel brands.

The reality for meeting planners, however, is much more fraught. The surge in demand for events has led to an increased workload for planners, with rising costs and complexity putting the pressure on the entire process.

Furthermore, the specter of future commission cuts from the major global hotel chains has them on edge, particularly those who rely on such payments to fund their business operations.

Event professionals at IMEX America told Skift they expect other major chains to follow the lead of Marriott and Hilton early next year. While planners aren’t really booking events away from Marriott and Hilton based on higher commissions elsewhere, the moves have upset longtime event planners who are feeling the squeeze from all sides.

Meeting and event companies make money in different ways, and those reliant on commissions from brokering deals and selling room blocks are most at risk.

There is also a deeper dysfunction taking root in the sector reminiscent of the plight of the travel agent. Younger planners, who often graduate from an office manager or assistant role to planning meetings full-time, are burning out from stress as more events are run with reduced lead time. Complicated technology tools and a lack of mentorship or education have exacerbated the problem, leaving the sector with a growing talent gap.

“Planners are mad,” said Catherine Chaulet, president of Global DMC Partners, a network of destination management companies. She sees a shift in coming years away from meetings and events planners to business event consultants as the industry’s fundamentals shift. There is also the question of whether global destinations are truly prepared to deal with the complicated needs of event planners as more events are being held in diverse secondary and other tertiary cities around the world.

As the expectations for an event’s quality have risen, so too has the complexity of planning something that integrates wellness, corporate social responsibility, local flavor, and effective security measures. The booming event technology sector, as well, hasn’t moved fast enough to create simple and cohesive tools to ease these problems.

Older planners are upset, and younger planners see less of a reason to stay in the sector. Whatever happens, it isn’t going to be pretty as the meetings industry goes through an unprecedented series of changes in the coming year and beyond.

While the news of Cvent’s acquisition of Social Tables represents one of the biggest event technology moves of the year, Aventri (formerly Etouches) made an interesting move of its own.

Aventri acquired ITN International, a company specializing in near-field communication and cloud-based technology, for an undisclosed amount. The plan is to offer planners more robust ways to capture information about how attendees behave, giving them more flexibility to tailor experiences to specific people.

“It’s all about how we capture data and turn it into intelligence,” said Mike Burns, Aventri’s global head of sales and marketing. “Having one seamless platform is important.”

Like Cvent, Aventri is still looking to acquire in order to fill the holes in its platform. Having better data during events will lead to enhanced predictive capabilities for its platform, which is best known for providing registration systems and its Loopd smart badges.