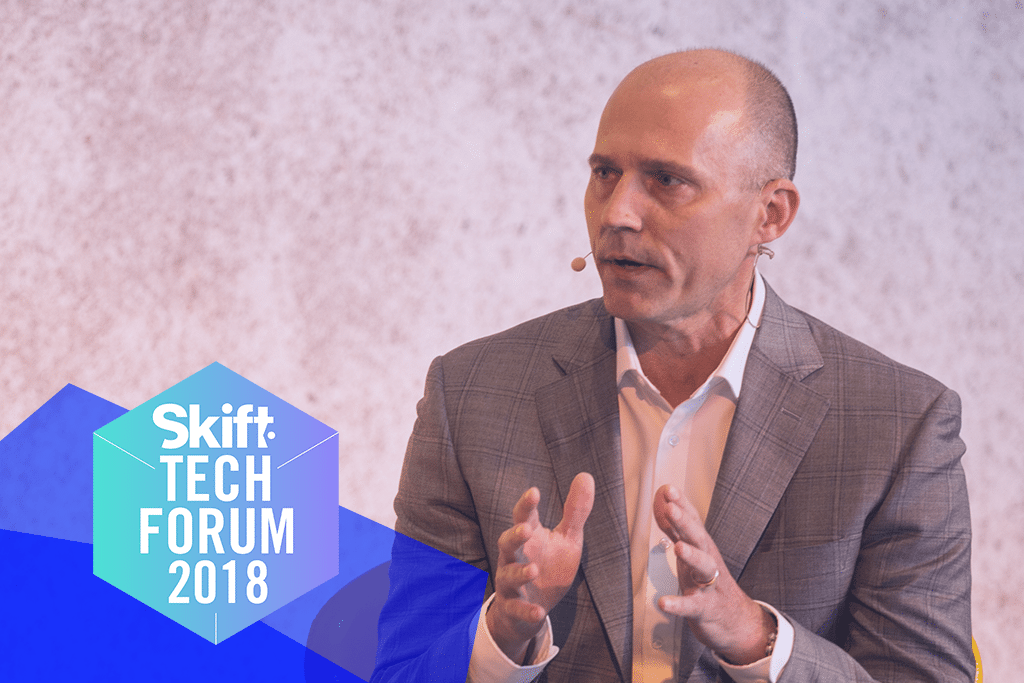 Sabre CEO Sean Menke is right when he says consumers want the ability to comparison shop before they make travel plans. But his ideas about making airline fees more complicated — and lucrative — might not be so popular.

Sean Menke, president and CEO of Sabre, spent years at airlines before landing at the travel technology company.

So it’s no surprise he had plenty of thoughts about the airline business when he spoke at the inaugural Skift Tech Forum in Silicon Valley in June.

Menke said that while airlines do a good job of optimizing their revenue for different classes of service, they are still leaving potential cash on the floor when it comes to other services.

“Many carriers aren’t revenue optimizing their seat assignments, they’re not optimizing their baggage fees,” he said. “There’s many things that we’re looking at — how do you move into that?”

Spirit Airlines introduced some dynamic pricing on bag fees, charging more during high-traffic times, in years past, but the model hasn’t caught on broadly.

That kind of fluctuation would make comparison shopping for flights even more complicated, but Menke said consumers definitely want to shop around before they make their plans.

“They want to choose, they want to decide, and that’s why I look at it that — be it the indirect channel or the direct channel — that’s our responsibility as a technology provider to our customers,” he said.

There’s still investment that needs to be done in order for airlines to expand their retail capabilities, but Menke said he wonders whether those dollars will dry up as the cost of fuel rises.

“If you look at the wherewithal of a lot of airlines, you’re seeing potentially the cyclicality taking place now; we see fuel prices going up again,” he said. “The question is how much will they continue to invest in technology with that taking place? Because for some of these carriers, when you get a dollar increase in the fuel, that’s going to be $50 million right to the bottom line impact.”