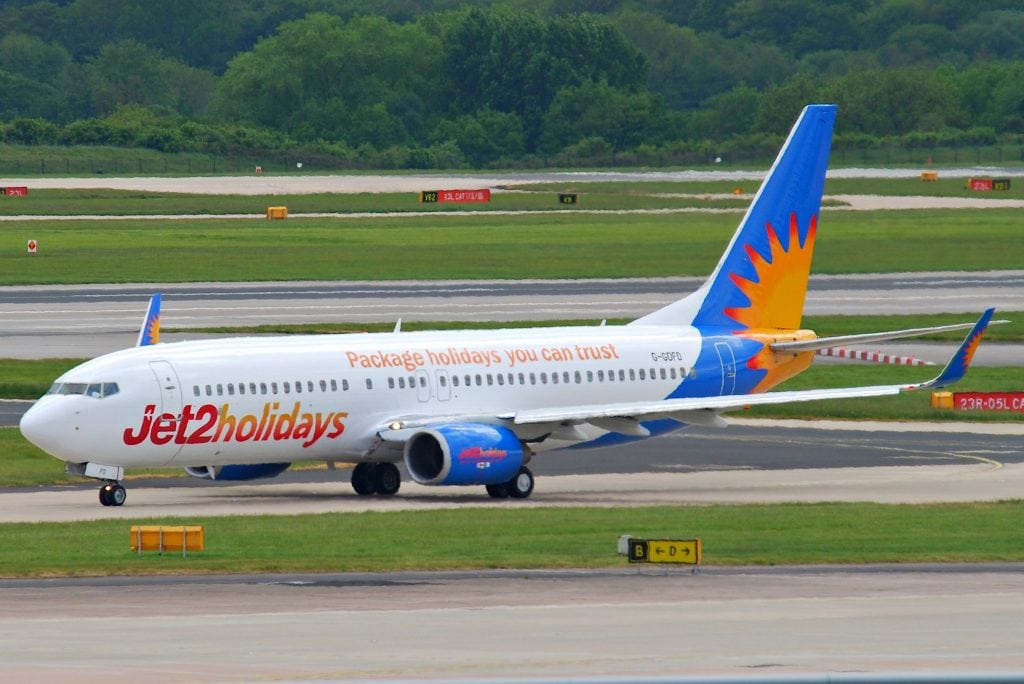 Skift Take
Periods of prolonged hot weather can hurt tour operators with potential customers staying at home or booking a domestic trip instead. However, it shouldn’t be used as an excuse to mask other problems within a business.
— Patrick Whyte
Share
Tweet
Share
Post
Send

A sustained period of warm weather across northern Europe together with the distraction of soccer’s World Cup has led worries about summer vacation bookings — but not everyone is feeling the heat.

The UK’s Dart Group, which includes low-cost airline Jet2 and package vacation operator Jet2holidays, reported a group pre-tax profit of $177.9 million (£134.6 million) for the year ended March 31, up 49 percent on the previous period.

The company also painted a rosy picture for its current financial year with a strengthening demand for its leisure travel product, meaning group profit before foreign exchange revaluations and taxation would “substantially exceed current market expectations” in 2019.

Dart Group’s optimism contrasts with concerns over Europe’s two biggest tour operators TUI Group and Thomas Cook, which have both seen their share prices fall over the past month.

Having spoken to a number of travel agents and tour operators, analysts at Morgan Stanley suggested that demand is weakening thanks to hot weather in the UK and Nordics — two key markets for summer outbound holidays. England’s progress in the World Cup is also thought to be a contributing factor.

It therefore cut its earnings per share forecast for both companies.

Analysts at Credit Suisse and Redburn also warned about the potential impact of the hot weather and World Cup on tour operator performance.

Thomas Cook is due to update the market on July 31 with TUI scheduled for August 9.

While the overall market might be struggling, Dart Group saw its leisure travel business continue to grow.

Aviation and tour operating now accounts for most of the revenue at Dart Group (it also has a small distribution and logistics business).

In the last two years leisure travel revenue has increased from $2 billion (£1.6 billion) to $2.9 billion (£2.2 billion) and with the company continuing to expand it seems set to grow further. The company’s in-house airline will operate 90 aircraft this summer, up from 75 last year, and the number of hotels available to package vacation customers sits at more than 3,400 (+17 percent).

“Since the year end, demand has strengthened for the group’s leisure travel products and given current forward bookings the board expects group profit before tax (excluding forex exchange revaluations) to substantially exceed current market expectations,” said Gert Zonneveld, an analyst at Canaccord Genuity.

“It is unclear whether this strength in demand will continue in the medium term, considering emerging cost pressures, UK economic conditions and consumer confidence, but the board remains confident in the strength and resilience of its leisure travel division.”

Although there are differences country to country, the northern European outbound travel market is seasonal and vulnerable to outside influences.

Morgan Stanley analysts estimate that travel firms sell around 25 to 30 percent of holidays in the “lates” market with the season ending in October.

A big external event like the World Cup or a sustained period of hot weather can have a chilling effect on bookings.

“The impact of the weather on travel patterns is relevant for both airlines and tour operators. Clement weather at home increases consumers propensity for ‘staycations’. This is most relevant for countries that are large net exporters of passengers and typically have less favourable weather conditions – i.e. the UK, Germany and the Nordics, the latter of which is particularly sensitive to this effect,” analysts at Redburn said.

However, UK tourism body ABTA is predicting a rise in holiday bookings following England’s World Cup exit and an expected drop in temperature.