United Moves Up Its Plans for Premium Economy 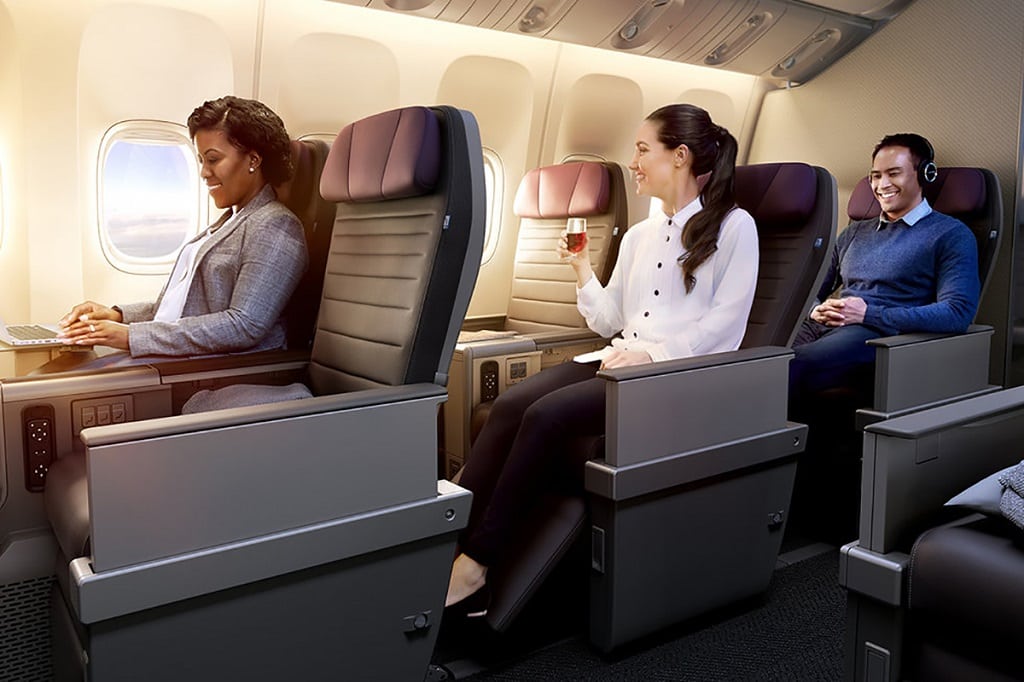 In the race to launch grand-scale international premium economy cabins, United Airlines has decidedly been in third place among the big three legacy carriers. But last week we learned that the airline is trailing less than we originally thought.

Later this month, the company plans to launch its first premium economy flights on an updated Boeing 777-200 — the carrier’s  international workhorse.

While a critical mass of aircraft are upgraded with the cabin, premium economy will initially be filed and booked as standard economy plus — so many elite passengers will be able to snag the seats for free. Later, like American, the cabin will turn into its own distinct product (and pricing tier).

Short term, this means that a handful of United frequent flyers will get some free micro-upgrades to Economy Plus this summer. And in the long term, travelers looking to get out of the doldrums of economy without the high cost of business class will soon have an intermediate solution to look forward to.

Skift’s Brian Sumers scooped the news on Twitter last week. A deeper dive on the news is also available from the Chicago Business Journal. Tomato Juice Is Back on United Airlines Flights, But It’s Still Not Popular: In May, United Airlines removed tomato juice from its flights, despite anecdotal evidence suggesting passengers who don’t ordinarily drink the stuff crave it in the air because it’s high in salt content and rich in umami.

InterContinental Hotels’ New Upscale Conversion Brand Is Called Voco: IHG has revealed the name for its new upscale conversion brand as well as its first signing.

United Plans New App But Is Weighing ‘Creepy’ Versus ‘Personalized’: It only takes 25 minutes for virtual chaos to ensue when any kind of consumer-facing problem arises at an airline, and not a single second is wasted getting the fix, according to Linda Jojo, executive vice president of technology and chief digital officer at United Airlines, who spoke at the inaugural Skift Tech Forum Tuesday in Santa Clara, California.

Gatwick Airport Is Spending Big to Try to Close the Gap With Heathrow: London’s Gatwick airport plans to spend 1.11 billion pounds ($1.5 billion) on expanding the capacity of its two terminals by seven million passengers within five years.

Ryanair Will Add a Base Near London Despite Strong Brexit Opposition: When a company invests overseas, the move is usually accompanied by declarations of enthusiasm about the host nation’s economy. Not so at Ryanair Holdings Plc.

Delta Is Ending Flights to Hong Kong: Delta has announced that they’ll be ending flights to Hong Kong as of October 4, 2018. Presently the airline operates Boeing 777 flights six times weekly between Seattle and Hong Kong, which is their only flight to Hong Kong.

‘Heck, Yeah, We Took It’: Business-Class Flyers Are Filching All That Fancy Airline Swag: The more extravagant the amenities, the harder it is for carriers to stop passengers walking off with duvets, memory-foam pillows, and silverware.