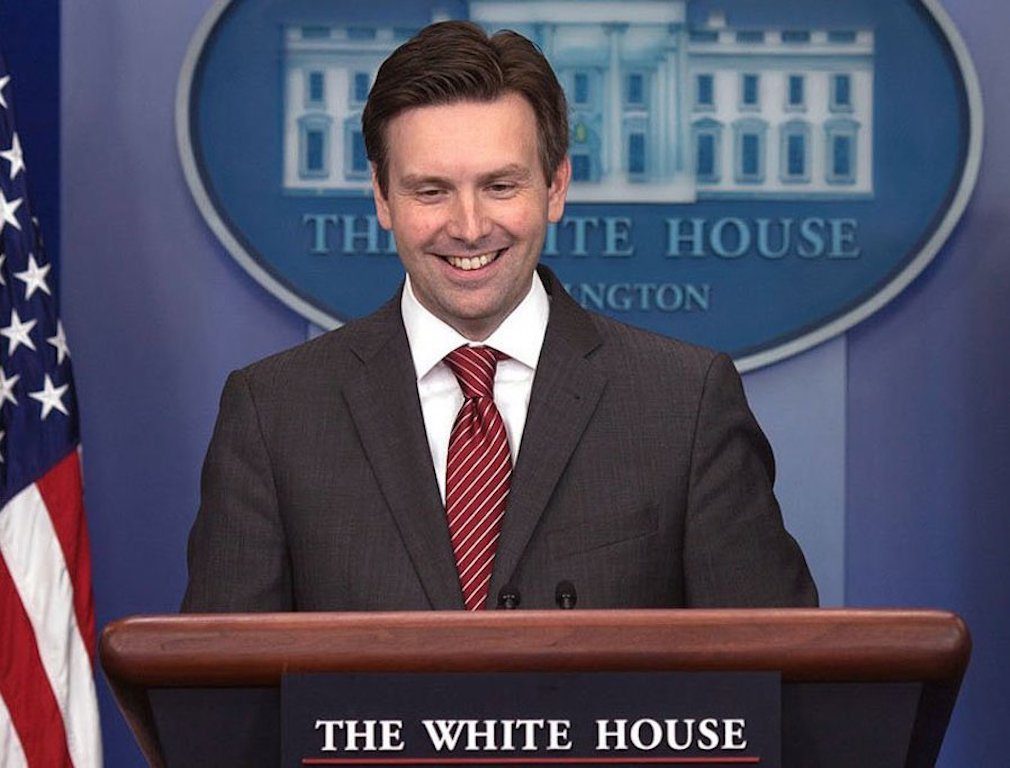 He may have served in one of the most scandal-free administrations in recent White House history, so former press secretary Josh Earnest will be tested in this new role. No CEO has been under fire quite like Oscar Munoz in the past year.

United Airlines, plagued by a series of PR nightmares in the past year, has hired former White House press secretary Josh Earnest to oversee global communications and boost the airline’s image.

Earnest, who was mostly recently an analyst at MSNBC and NBC News, was President Barack’s Obama’s press secretary from 2014 to 2016.

“Josh is a proven leader and world-class communications strategist who has thrived when the stakes are the highest — and the margin for error is the smallest. He’ll play a crucial role on our leadership team as we position our brand and this company for success. I am looking forward to working closely with him to continue to expand United’s global leadership,” said United CEO Oscar Munoz in an announcement Thursday.

Munoz has spent a good part of the last year apologizing for incidents aboard United jets, including a passenger who was dragged off a plane by security and a dog who died in an overhead bin.

So clearly Earnest, 43, who has worked most of his career in politics, will have his work cut out for him repairing some of the damage to United’s image.

In a press release announcing his hiring as senior vice president and chief communications officer, Earnest said: “United Airlines is an iconic, global brand with a long history — but it’s United’s bright future that makes me enthusiastic about joining the team. Cutting through the noise of the modern media environment is a challenge, especially in the highly competitive airline industry. United’s advantage will continue to be its customer-focused core values, dedicated employees and visionary leadership team. That’s the story that I am excited to tell.”

It was not clear how, if at all, Earnest’s hiring changes the role of Megan McCarthy, who serves as managing director for global communications at United.

Earnest and his family will move to Chicago this summer. His first day at United is May 21.

Photo Credit: United Airlines, who has had its fair share of problems aboard it planes this past year, has hired a former White House press secretary Josh Earnest (pictured) to help with its image. Twitter