Booking Holdings CEO on the Foolishness of a Short-Term Focus 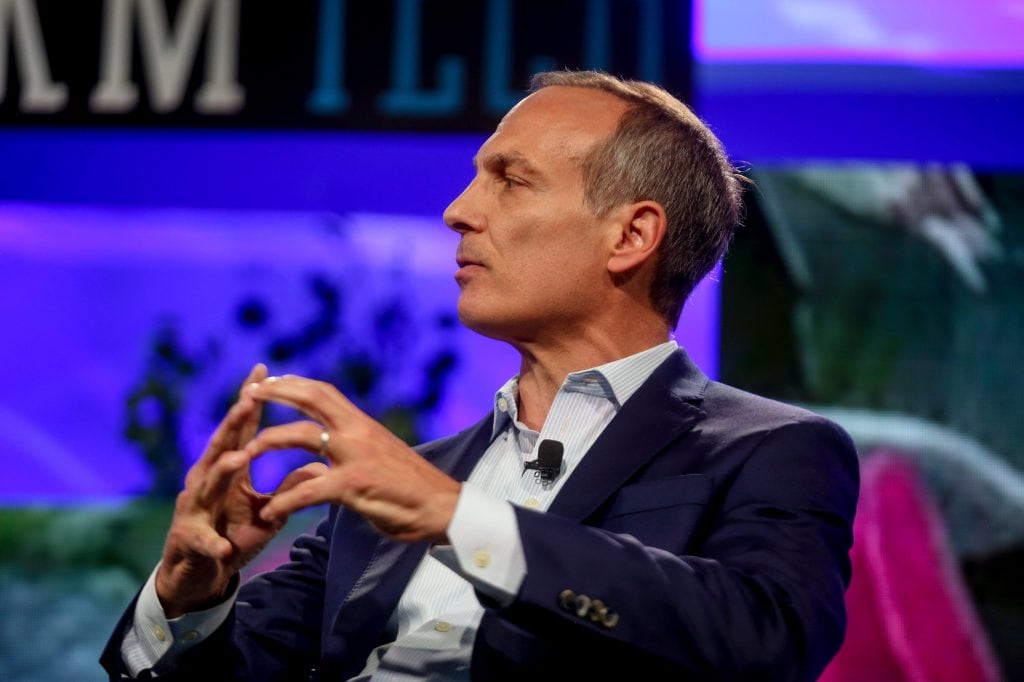 Skift Take
Stocks go up and stocks go down. That’s one of the perils of being a public company and exposing yourself to such pressures. Booking Holdings CEO Glenn Fogel expresses a commitment to focus on the long term regardless of short-term complications. If Airbnb goes public, it would have to deal with a similar dynamic.
— Dennis Schaal
Share
Tweet
Share
Post
Send

The sky seemed to be falling for online travel in October and November after Expedia Group and Booking Holdings reported third quarter results, and their stock prices plummeted around 16 percent and 13 percent, respectively. The pessimism was based on missed estimates, rising costs, and fears about the hyper-competitive environment, including the up-and-coming Airbnb.

Suddenly, the obituary writers at Bloomberg were bemoaning that “growth is getting harder to come by in online travel.”

However, for now, at least, it appears as though the grim prognosis that many were making about the future of online travel agencies was perhaps too wide-ranging. While Expedia continued to face an uphill battle in integrating its 2015 HomeAway acquisition and Expedia’s Trivago unit is still trying to get back on course in 2018, Booking Holdings finished off the year in fine shape.

An 18-year company veteran, Glenn Fogel, who became CEO on January 1, 2017, shrugged off the share price decline after the third quarter report. Booking Holdings’ stock was closed Tuesday at more than $2,162 per share, within shouting distance of its all-time high.

“It’s a very foolish thing for somebody to look day to day at how your stock price is going,” Fogel said last week during an interview at Skift headquarters in New York City. “Here’s the important thing: We look to the long track always. We look at what’s best for the customer. If we do that right, we’ll increase value.”

Asked whether he felt a lot of pressure when the share price plunged in November, Fogel said: “I’m cognizant that other people feel it sometimes and other people are concerned about it. I can’t do anything about it though. The stock market will make its own decisions about the value of our company.”

This is the second of a two-part series featuring an interview with Booking Holdings CEO Glenn Fogel. Yesterday’s story covered the company’s goal of becoming a full-service online travel agency.

Fogel scoffs at the notion that there is any kind of crisis in online travel.

“The growth factor of travel in the long run is a function of global growth,” he said. “As people get more income, they travel more. As people who couldn’t afford to travel now have more money to travel, and more efficiencies will make travel easier to do.”

Over at Booking’s competitor, Expedia Group, CEO Mark Okerstrom makes similar arguments, saying “the math is absolutely in our favor.”

Asked up about the ups and downs of his first 16 months in the CEO position, Fogel said he’s proud of what his employees accomplished and the numbers the company recorded.

“The first thing that I am very proud of is the more than 20,000 employees of Booking Holdings and what they’ve been able to achieve during that time that I’ve been CEO so far,” he said. “It’s shown in the numbers that we produced in 2017, which I think everybody was very, very happy to see. That’s a testament to the incredible amount of work, but it’s also the enthusiasm they have for what they do, and really creating what our mission is, which helps people experience the world.”

On the numbers front, despite the stutter-step in the third quarter, Booking Holdings saw its adjusted earnings rise 18 percent to $4.9 billion in 2017. Profits rose 9.6 percent to $2.34 billion on an 18 percent revenue jump to nearly $12.7 billion.

Among some of the initiatives Fogel launched or accelerated since taking the top slot, Booking Holdings now has more than five million reported alternative accommodations listings, which is more than Airbnb; the company drew down its marketing spend in Trivago and grew its brand advertising by one-third to $392 million; and it now boasts tours and activities in 40 cities.

Fogel is also bullish on the company’s forays into artificial intelligence as a way to streamline customer service and make smarter recommendations about hotel stays.

On the alternative accommodations front, Booking Holdings will face challenges from Airbnb and regulators, as well. A button on the Booking.com homepage now enables customers to list their properties, and the company is inviting users to do so through an email marketing campaign, too.

“One of the things that is important to our company is obeying the regulations, whatever they are,” Fogel said. “This is just another point that we like to pride ourselves on — doing the right thing though it may not be what other people are doing. They may have a short-term business advantage by doing so, but we play for the long run.”

At least one major competitor called into question Booking’s record in complying with local regulations on alternative accommodations in the U.S., for example, but wouldn’t go on the record about it.

Fogel said Booking is now the leader in alternative accommodations inventory, but  whether Airbnb or Booking does more non-hotel bookings, he said he doesn’t know.

“It’s a private company,” Fogel said, referring to Airbnb. “They don’t go around publicizing how many bookings they do. They don’t talk about how much money they make or lose. It’s a black box.”

Without citing Airbnb specifically, Fogel said he’d be very interested in hearing how many bookings “other players in our space” actually notch.

Airbnb offered no comment in response to Fogel’s statements.

There’s no telling at this juncture which companies will get the upper hand in accommodations and tours and activities, for example. One thing that Fogel is clear about, though, is that companies will have to adapt if they want to survive.

Said Fogel: “There’s always going to be evolution. What’s very important for us is to evolve as the market and the technology change. That’s why we are investing all this money in AI (Artificial Intelligence), for example. “Companies that don’t invest in these new things will end up like those offline travel agent consortiums that are no longer as important.”