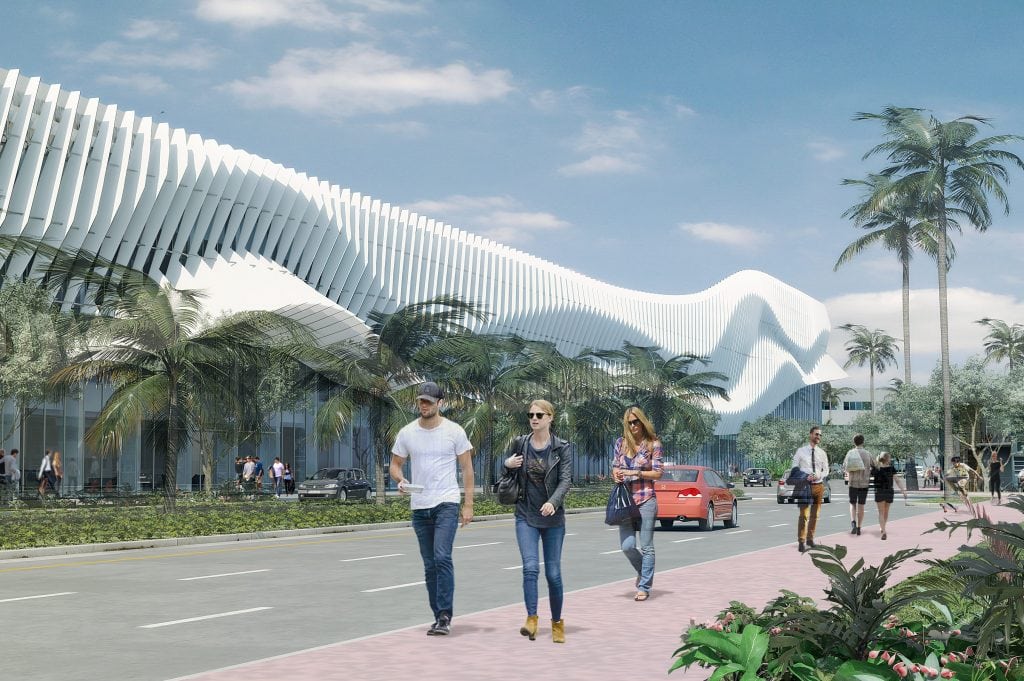 Destinations like Miami and Anaheim aren't turning their backs on the leisure travel business that they grew up on. But they also don't want their leisure reputations to overshadow their new convention center capabilities. That means they and other destinations are following new strategies to grow business travel.

Many destinations are prioritizing pharmaceutical and medical conventions over consumer shows. Consumer auto, boat, and travel shows are some of the highlights of the year for some destinations. But consumer shows can draw mostly local crowds that might not spend as much as thousands of business travelers in town for conventions, meetings, and client events.

The Miami Beach Convention Center, which is currently hosting smaller groups but will fully reopen in late September, is one example of a renovated convention center with a tourism board working to reposition it. The convention center opened in 1957 and apart from a renovation and expansion in 1989, the building increasingly couldn’t accommodate larger groups and the technological needs that large convention centers often can.

Conventions hosting 4,000 to 5,000 attendees will be the building’s sweet spot when it’s fully operational later this year, said Rolando Aedo, chief operating officer of the Greater Miami Convention & Visitors Bureau. “We’ve re-engineered our sales department because of the convention center renovations,” he said. “We want Miami to be considered a serious convention city. Our meetings and conventions have traditionally been smaller but now they’ll be able to grow.”

Many tourism boards have a primary goal is to book more convention center business as they seek to drive economic development in their locales, while leisure travel marketing is viewed as a secondary responsibility.

Aedo said the city’s tourism board, which the convention center works with to sell conventions, has changed its conventions booking policy because of the renovation. Citywide and trade conventions will be prioritized and will be able to book their dates before consumer shows.

Citywide conventions that guarantee a certain number of room nights at nearby hotels will also be prioritized. Miami Beach has plenty of hotels suited for business travelers, but the city wants a property directly next to and part of the convention center. “We still need a convention center hotel, we almost had one but voters rejected it last year and we’re trying to get it back on the ballot,” said Aedo.

“Every event planner knows how important it is to have an anchor hotel or hotel connected to a convention center and by not having that hotel, we’re still at a disadvantage compared to other destinations,” said Aedo. “We’re talking to residents and local stakeholders to educate them on the benefits that a convention center hotel will bring.”

Surfside, Florida, a leisure destination about six miles north of the Miami Beach Convention Center, said it wants more business travelers who spend more and tack on a few days to their stays to enjoy the town. “The only real change we expect with the convention center is to see more suits and ties,” said Lindsay Fast, tourism director for Visit Surfside, the town’s tourism board.

Fast said Surfside is evaluating additional marketing campaigns targeted toward business travelers. “By design, we want Surfside to remain largely the same and to retain its laid back, beach town charm,” she said.

Aedo argues that one of the benefits of a convention center hotel, and shifting focus to more citywide conventions, is that business travelers tend to take more public transportation and taxis while leisure travelers and locals attending consumer shows rent or use their own cars and cause traffic.

Miami is known for its traffic and congestion, and the destination views its new convention center strategy as a way to help curtail them. It’s unclear if traffic would actually decrease – Aedo said the change is mostly theoretical for now – but many hotels in other parts of the city are seeing a rise in business traveler stays.

“Recently, I’ve been hearing anecdotally from a lot of hotels in downtown Miami and in other parts of the city that business travel is really taking off for them,” said Aedo.

The Anaheim Convention Center, the largest convention center on the U.S. West Coast, also views citywide conventions as a top priority because of its new expansion.

ACC North, the convention center’s 200,000 square-foot expansion, opened in September 2017 and pushed the complex over the one million square foot mark.

Visit Anaheim, the city’s tourism board, promised the city that the expansion would have more extensive space for breakout sessions and that the facility’s total capacity would increase.

Since ACC North opened, the convention center has hosted the largest group in its history, the National Association of Music Merchants convention, which had 115,000 attendees. “The capacity of the facility will really depend on the show and room nights required,” said Jay Burress, president and CEO of Visit Anaheim.

“One of the benefits of this particular expansion is Arena Plaza, which has become a premier activation area,” he said. “Everything from food stations to entertainment to private receptions and a 10,000 square foot patio area makes this facility more attractive to citywide conventions.”

Buress said since the expansion, Visit Anaheim’s main mission is to fill the convention center with business-to-business-type conferences, particularly in the medical and technology industries. “We’re now seeing additional [request for proposals] from medical associations that wouldn’t look at us before,” said Burress. “With that happening, we have a hotel boom going on as well to fulfill that demand.”

Burress said many trade shows also engage in give-back and philanthropic programs in the community that help residents feel the positive economic impacts of large conventions on their doorsteps.

With larger conventions likely on their way, Burress said he’s not very concerned about overtourism in Anaheim. The destination is unique in that most of the hotels and convention center are located in the same area away from many residential communities.  “We’re talking to residents about all of this and we didn’t do that before,” he said.

Places like Anaheim and Miami are entering new eras in their convention center businesses. Given international visitor spending down in the U.S. in 2017, many tourism boards are going after group business and conventions to help make up for losses in leisure travel spending.