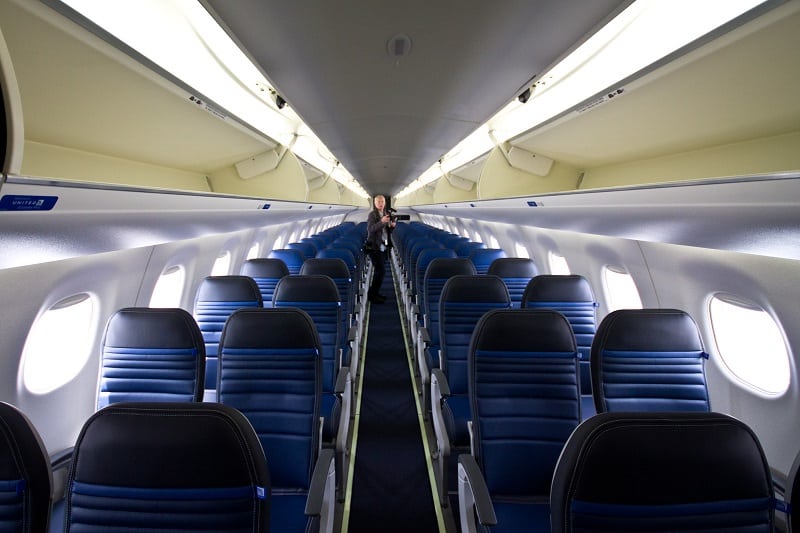 What have we learned from this investor conference? Americans are cheap. Some travelers probably do win when buying these fares, but United says as many as 40 percent of customers are choosing them. Surely, some don't know what they're buying.

United has only sold Basic Economy fares on most domestic routes for a couple of months, but early returns show passengers are buying them, the airline’s CFO said this week.

Given the choice to save  — often about $15 to $20 per one-way ticket over the next-lowest economy fare — about 30 to 40 percent of economy class customers have been choosing no-frills Basic Economy fares, CFO Andrew Levy said Tuesday at the Citi 2017 Industrials Conference.

The deal-seeking customers are giving up a lot. They can only bring one small bag, such as a laptop satchel or a backpack, in the cabin. They cannot choose a seat in advance, which means families are often not seated together, and do not receive credit for future travel if they cancel their ticket. If they’re elite frequent flyers or a United credit card holder, they still may bring a free larger bag — a perk of loyalty — but they’re not eligible for upgrades to first class or Economy Plus.

United claims passengers know the features they’re giving up, since the airline includes a big warning on its website. It’s a little less clear on some third-party sites, so slightly more customers buy Basic Economy fares from sources other than United.com, Levy said.

United has been contacting customers who buy it to let them know how it works, Levy said, and it has gotten few complaints at the airport.

“Our biggest focus is that customers knew what they were buying,” Levy said. “People are really not surprised.”

His assertion does not entirely match what’s happening on social media, where some customers have been blasting United — and third-party sites such as Expedia — for fooling them into buying Basic Economy.

Made mistake of booking @United Basic Economy. No online checkin.✅Long line.✅Pay $25 to check bag to avoid paying $50 to carry on plane.✅

@United @cheaptickets I paid 600$ for a last minute one way ticket. Only to find out its a basic economy ticket, only 1 bag, never again!!

PSA: don't book @united Basic Economy unless you travel very light. Only one carry-on allowed & they gouge you on extra bag $$

United now sells Basic Economy fares in all domestic markets except Hawaii. It has rolled out the product more aggressively than American Airlines, which sells similar no-frills fares only on some routes. And even on routes where American has Basic Economy, it sometimes sells out, making it impossible for customers to buy it. On United, Basic Economy is for sale as long as there are empty coach seats.

United plans to add Basic Economy fares to Hawaii and Latin America later this year, Levy said. Part of the goal, he said, is to get customers to buy-up to a higher fare that offers all the perks included in United’s pre-Basic Economy entry fare.

“You get people to pay more for something that in the past was bundled,” he said.

United told investors Basic Economy has helped it operationally. Levy said fewer flights require customers to check bags at the last minute because there is no bin space. He said United has improved its on-time departure performance because transferring bags to the cargo hold causes delays.

“It’s a little too early to declare victory,” he said. “But I don’t think this is going to change.”