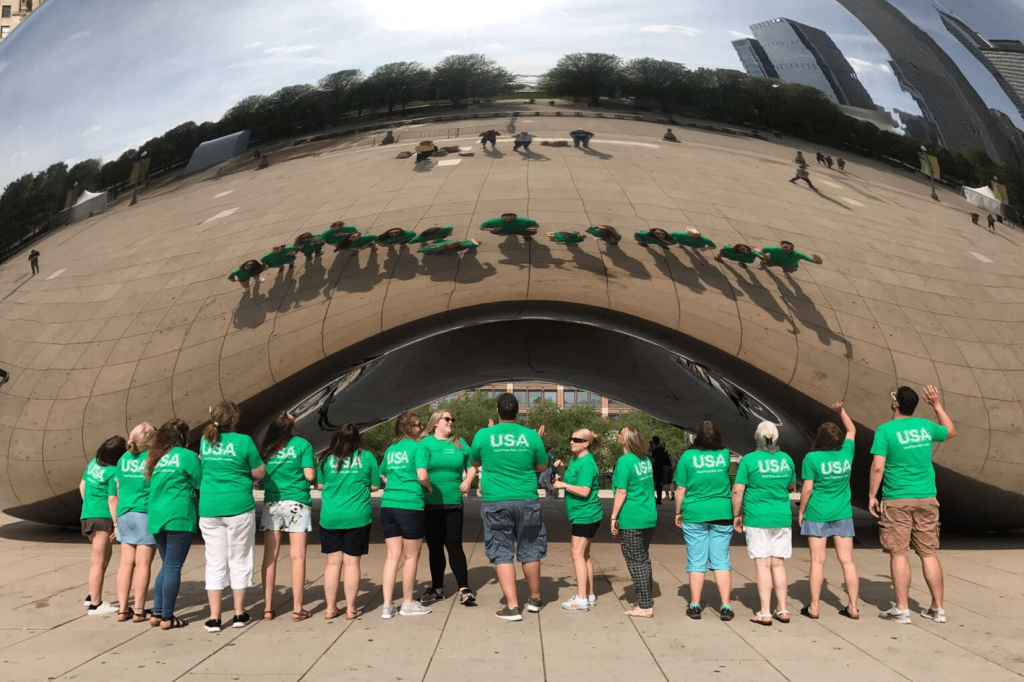 Congress will play around with Trump's budget and nothing is set in stone. But Brand USA's proposed demise shouldn't come as a surprise from a president who has spent much of his first four months in office imposing anti-tourism policies.

The U.S. Travel Association confirmed via email Monday night that the budget calls for the elimination of the organization, which was approved by Congress through the Travel Promotion Act and signed into law in 2010 and began operations in 2011. The revenue of the national destination marketing organization would be made available to the U.S. Customs and Border Protection organization, according to the budget document [see full text below].

Congress voted in 2014 to reauthorize Brand USA’s funding through 2020 and the organization has traditionally had bipartisan support. Many U.S. travel brands also lobbied the federal government for years to create such an organization to boost international travel marketing.

“It’s especially perplexing that the elimination of Brand USA is on the table when both Commerce Secretary Ross and [Office of Management and Budget] Director Mulvaney each have supported it previously,” said U.S. Travel’s CEO Roger Dow, in a statement.

The funding for Brand USA, which is a non-profit, private partnership, comes from a mix of donations from more than 700 partner organizations, and matching funds. Taxpayer money isn’t used to fund Brand USA’s marketing efforts. Instead, contributions from partners such as tourism boards are matched by fees international travelers pay to the Electronic System for Travel Authorization (ESTA) program.

The prospect of elimination was a surprise, said Anne Madison, a spokesperson for Brand USA, and the organization didn’t get advanced warning of the budget’s proposals. Brand USA has no insight into the budget’s Brand USA line items but confirmed that it faces getting cut, Madison said.

By law, Brand USA can’t advocate or lobby Congress on its behalf as it faces elimination. “We can’t do any advocacy, we do marketing,” she said. “We do obviously provide information and updates as we’re required to but that’s a reporting requirement.”

Madison said Brand USA is relying on other travel associations such as U.S. Travel to advocate and talk to lawmakers and is optimistic about how Congress will act. “We have a great track record and we have a real opportunity because of the strengthening dollar,” she said. “Nothing has changed about the U.S. as a destination and it’s more important than ever that we have that message.”

Proposed elimination or not, Brand USA will keep “pushing the pedal to the floor,” said Madison. “As a practical matter, it is also important to note that the budget any administration presents is a statement of priorities—not a budget that is presented to Congress to vote on,” she said. “The Administration’s proposal serves as a way to outline the priorities of the administration, but it is ultimately up to the Congress to formalize and vote on a final budget.”

At Brand USA’s March 22 board meeting, its board said it’s identified $84.4 million in ESTA submissions for fiscal 2017 that puts the organization on target to reach its $100 million contributions match goal.

Brand USA’s expenses were $24 million below budget year-to-date in March, the board said, primarily due to a shift of strategy and timing differences in marketing expenses. Expenses were expected to be within budget for fiscal 2017. “We continue to operate leanly and our overhead has consistently been below 10 percent,” said Madison.

Though data show Brand USA has helped increase international visitation and spending in the U.S. the organization has had difficulty meeting its goals. Brand USA’s board conceded last year that the Obama Administration’s goal of attracting 100 million annual international visitors by 2021 may not be possible in part because of the Trump administration’s travel policies, including the controversial travel bans from certain Muslim-majority countries.

Brand USA’s potential elimination, which will be debated in Congress, is the latest setback for destination marketing organizations in the United States. On the state level, Visit Florida faces a drastic funding cut although it wouldn’t be eliminated like the Trump budget proposes for Brand USA.

The research outfit’s work at times, and Brand USA’s effectiveness, have been called into question from a variety of quarters.

The Nashville Convention and Visitors Corp. contributes $300,000 to 500,000 per year to Brand USA and feels the organization has been “an invaluable partner in marketing the U.S. and one of the most successful public-private partnerships the U.S. government has ever done,” said Butch Spyridon, president and CEO of the Nashville Convention and Visitors Corp.

Entities such as Nashville make donations to Brand USA and receive a variety of marketing services in return.

Nashville’s contribution to Brand USA has been consistent over the past few years, said Spyridon. Some of the organization’s contribution is through a partnership, known as the Rhythm of the South, with New Orleans, Louisiana and Atlanta, and some is done independently.

Spyridon said Nashville’s greatest visitor growth during the past six years has come from overseas markets. “I think concerned is a fair word to describe how we feel,” he said. “We haven’t felt the impact [from some of President Trump’s other policies such as the travel ban] but we see international as the growth opportunity and we don’t want to lose the momentum we have going.”

“If we want to continue to shift the balance of trade back in the U.S.’ favor, there is no better or faster way than Brand USA,” he said. “This should be exactly what the Trump Administration is looking for since Brand USA is self-funded.”

Brand USA recently brought Australian journalists to the city from one of the country’s top morning TV shows, Sunrise Australia. The show broadcast live across Australia from Nashville and showcased some of the city’s live music venues.

“I can’t buy that kind of coverage in Australia but working with Brand USA we got a huge hit,” said Spyidon.

Nashville’s convention and visitors bureau also works with local, private partners such as Jack Daniels to determine how much funding it should contribute to Brand USA. “With Jack Daniels, they indirectly contribute with us because they care a lot about the international market.”

Spyidon also said he doesn’t believe tourism is a partisan issue, at least in his state of Tennessee. “We have a Republican governor who has been the most supportive of us than any governor in the history of the state,” he said. “Our mayor also supports us and I think our U.S. senators are pretty supportive of the industry as well and they’re both Republican.”

Visit California feels that no one loses if Brand USA is included in the budget. “History has demonstrated that neither candlelight vigils nor military might can bring about peace and stability, and this incredible public-private partnership is no doubt America’s strongest form of public diplomacy,” said Caroline Beteta, president and CEO of Visit California.

The American Hotel & Lodging Association is also concerned with Brand USA’s proposed elimination, stating that Brand USA is responsible for some $32 billion in overall economic annually.

With a growing economy, the travel industry can’t afford to miss out on international marketing opportunities, said Katherine Lugar, the association’s president and CEO, in a statement. “We look forward to actively engaging with both key officials in the Administration and Congressional leaders on Capitol Hill to encourage them to keep Brand USA intact and ensure certainty and economic stability.”

Marriott International’s CEO, Arne Sorenson, is a Brand USA board member. “This proposal is the beginning of a long budget process and we look forward to engaging with the Administration and Congress to demonstrate how Brand USA enhances U.S. competitiveness, enabling the travel industry to create U.S. jobs,” the company said.

The full text of the president’s budget is below.